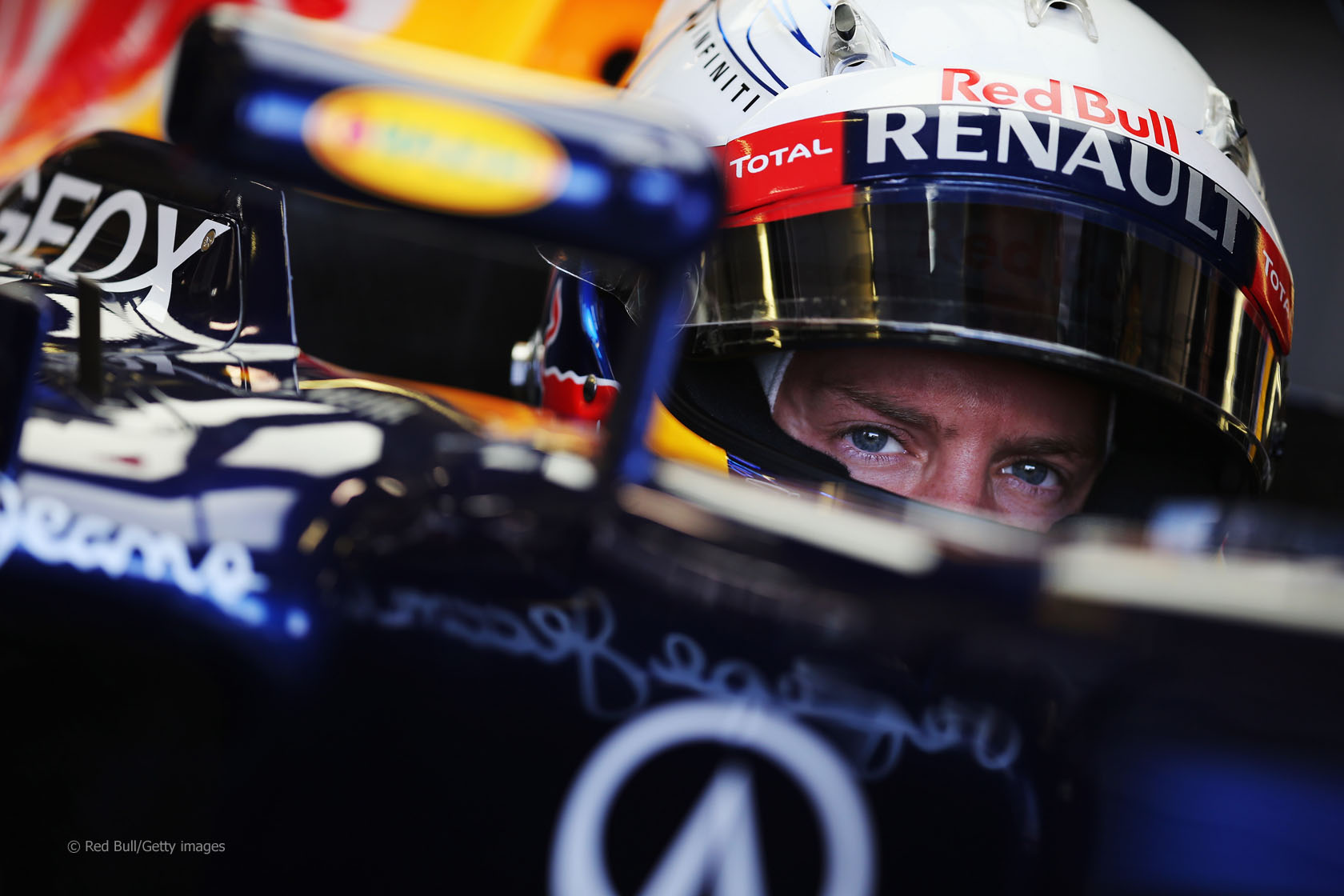 During the European Grand Prix weekend Ferrari raised the prospect of Sebastian Vettel joining Fernando Alonso in the future.

Are the rumours credible? And how might they affect the 2013 F1 driver market? Here’s a look at the state of play for next year.

Just over a year ago Ferrari announced Fernando Alonso will remain with them until at least 2016. Immense speculation has surrounded the identity of his future team mate.

It seems unlikely Ferrari will continue to tolerate the under-performance of Felipe Massa, who at the time of writing has 11 points in the championship – less than one-tenth of Alonso’s points haul.

It would be quicker to list the drivers who haven’t been tipped as potential replacements for Massa as some journalists have seemingly named potential successors based on nothing more than how good their name will look in a headline.

But it was Ferrari themselves who sparked the most interesting recent rumour about their future driver line-up when team principal Stefano Domenicali said Alonso could “coexist” with reigning world champion Vettel.

Not surprisingly, some have already taken this remark a step further, insisting Ferrari have already inked a deal with Vettel for 2014.

If true, that places the team in something of a quandary for next year, as they require a seat-warmer. In the absence of any likely candidates for a driver who might join the team for one year on the understanding he’d be replaced by Vettel afterwards, this brings us back to Massa. Might Ferrari eke out his deal for just one more season until they can have their Alonso-Vettel dream team?

Whatever the situation, it is encouraging that Ferrari are apparently trying to seize the two of the best drivers in F1 today, instead of hiring a subservient ‘number two’ driver. Next month Lewis Hamilton will make the 100th start of his Formula 1 career in the German Grand Prix. So far, all of them have been with McLaren. But is that about to change?

McLaren tied Hamilton down to a lucrative five-year contract shortly after he made his F1 debut with them. But group chairman Ron Dennis has indicated Hamilton will have to accept less favourable terms on his next deal due to economic downtime in the intervening period.

“He was very tough when they negotiated the contract that I have now and I expect him to be the same when we go back in. I don?óÔé¼Ôäót see there being many problems, to be honest.”

Hamilton has said in the past his commitment to McLaren is partly dependent on them giving him a sufficiently competitive car. This they have certainly done – the MP4-27 won the first race of the season – but the team has let him down in other ways, with a series of calamitous pit stop blunders.

If he were to go, where would he move to? It’s hard to believe he might end up at Ferrari with Alonso despite his former team mate’s claim he would be happy to reunite.

But a move to Red Bull could make a lot of sense – especially if they find themselves needing a replacement for Vettel. When Michael Schumacher returned to F1 in a three-year deal with Mercedes in 2010 it was with the stated aim of competing for the world championship.

That it has taken him this long to step back on the podium is a reflection on the fact things haven’t gone entirely to plan, but progress is being made.

As Schumacher nears the halfway point in his 18th full season of F1 it is up to him how long he wishes to remain in the sport’s top flight. His ‘phantom pole’ in Monaco shows he still has the pace and the rustiness in his racecraft that was evident in 2010 and 2011 appears to have faded.

Nico Rosberg signed a new “multi-year” contract with the team in November.

Who goes where in the midfield will be determined in the first instance by whether any enticing vacancies open up among the top teams.

Kimi Raikkonen has another year on his Lotus contract and expect the impressive Romain Grosjean to be retained alongside him.

Vijay Mallya gave a strong endorsement to his two drivers recently, telling the official Formula 1 website: “I think we have two potential world champions in this team. They are both exceptionally talented. I am very delighted to have them.”

However it’s not hard to envisage Mercedes going shopping for a new driver at their engine customer, if it turns out they need one. That would in turn give them a chance to elevate one of the promising drivers from their DTM programme: such as reigning Formula Renault 3.5 champion Robert Wickens or Formula Three Euro Series and International Trophy champion Roberto Merhi.

Bruno Senna is yet to get on the pace of team mate Pastor Maldonado at Williams. That and the promise shown by test driver Valtteri Bottas in his practice outings have led some to draw the inevitable conclusion that Bottas is destined for Senna’s seat. But we’re to even halfway through the season yet, and it’s far too soon to make a call on that.

On the outside looking in is Jaime Alguersuari, who wrote in his BBC column today: “I am pretty sure I will be driving in F1 again next year with a good team. Everything is looking very good at the moment.” The one team we can expect he won’t be joining is Toro Rosso.

Although Mark Webber’s Red Bull contract is up for renewal, it’s doubtful either of their junior team’s drivers will get a call-up for next year. Expect Toro Rosso to stick with their current pairing for 2013. As usual, there is upcoming talent in the Red Bull Development Driver pipeline, but it’s hard to see any of the latest crop being ready for next year.

Sadly, there remains no sign of when or whether Robert Kubica will be sufficiently recovered from his injuries to make a return to F1.

Who will go where next year? Do you believe the Vettel-to-Ferrari rumours?

Will Hamilton stay at McLaren? And what will Schumacher do? Have your say in the comments.