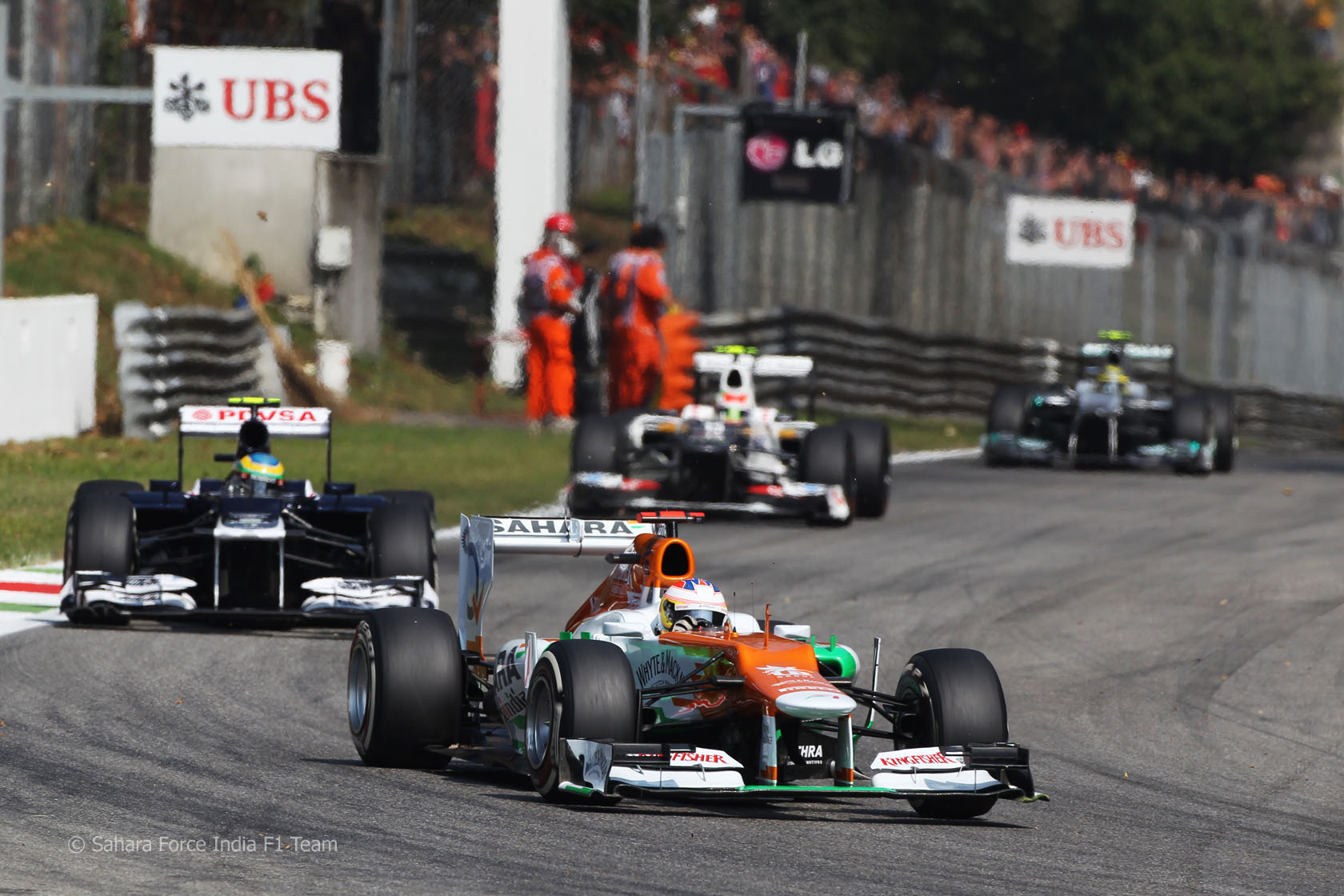 Paul di Resta says he could have beaten the Mercedes in the Italian Grand Prix had it not been for his qualifying penalty.

Di Resta was moved back from fourth to ninth on the grid following a gearbox change. He said: “Had we started fourth I think we would have been able to beat the Mercedes, because we would obviously have been further up.

“But unfortunately we were on that zone where their two-stop just beat us at the end. Our race pace on the hard was quite reasonable, the Mercedes at the end just had that second pit stop, and they had bit more speed than us.”

Di Resta lost two places early in the race, the first to the flying Sergio Perez: “His car was in a different world by the looks of it ?óÔéĽÔÇŁ how quick he was.

“For whatever reason, it looks like he had a completely different approach to [Kamui] Kobayashi . I was stuck behind Kamui and was quicker than him. Whereas Perez got past the both of us and disappeared! I think one went for qualifying speed and one went for the race, and we saw what the benefits were for the race option.”

He was also passed by Mark Webber on lap 12: “We lost KERS for one lap, but unfortunately it was the lap Mark was behind me, and he got by me.

“It was quite a sudden drop out, but thankfully we managed to get it back quickly, and it ran smoothly from there on.”