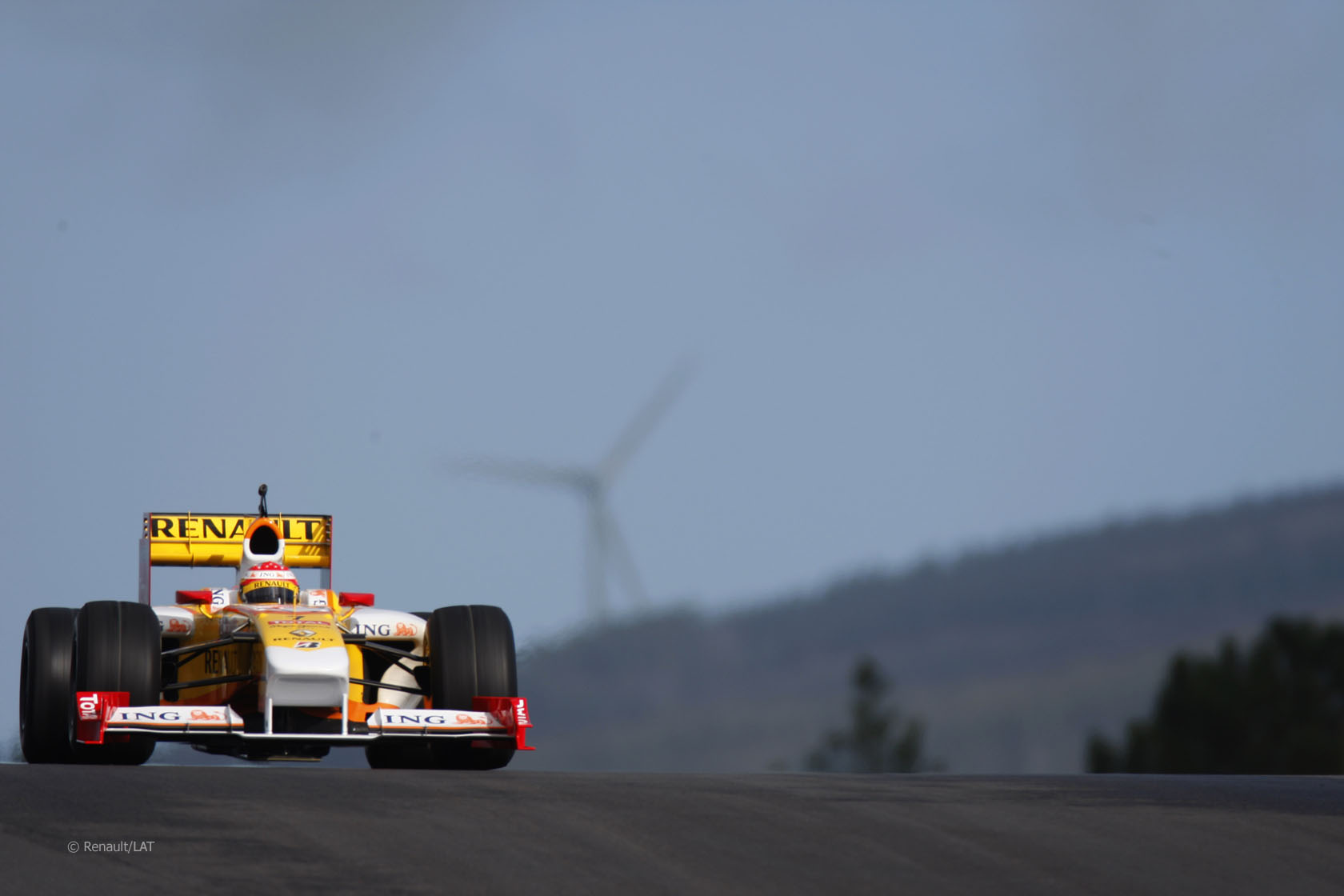 Portugal’s Algarve International Circuit has been suggested as a possible venue for the tenth round of the 2013 F1 calendar.

With less than 50 days to go until the first practice session of the season in Australia a vacant slot remains in this year’s schedule.

Bernie Ecclestone told Austria’s Salzburger Nachrichten the Portuguese circuit could hold the race on July 21st. He added France is also still being considered for a return to the Grand Prix calendar.

If a race were held in Portugal on July 21st the teams would face a logistical challenge to arrive in Hungary in time for the next round on the 28th.

When it was built the owners hoped it would become a popular testing destination for F1 teams. But the introduction of the testing ban scuppered those hopes and the track only saw F1 cars in action during the 2008/09 off-season.

However its undulating layout means it stands out among other recent new-build circuits and has been praised by many of the drivers who have visited it. The track held the GP2 season finale in 2009 and last year played host to the FIA’s World Touring Car Championship and GT1 World Championship (see video below).

The Portuguese Grand Prix last appeared on the F1 calendar in 1996. The race at Estoril was won by Jacques Villeneuve for Williams.

Portugal hasn’t had an F1 driver on the grid since Tiago Monteiro in 2006. Since then Alvaro Parente and Filipe Albuquerque have come close to reaching F1 but fallen short. However Antonio Felix da Costa is a rising star on Red Bull’s young driver programme and may well be Portugal’s next F1 driver.