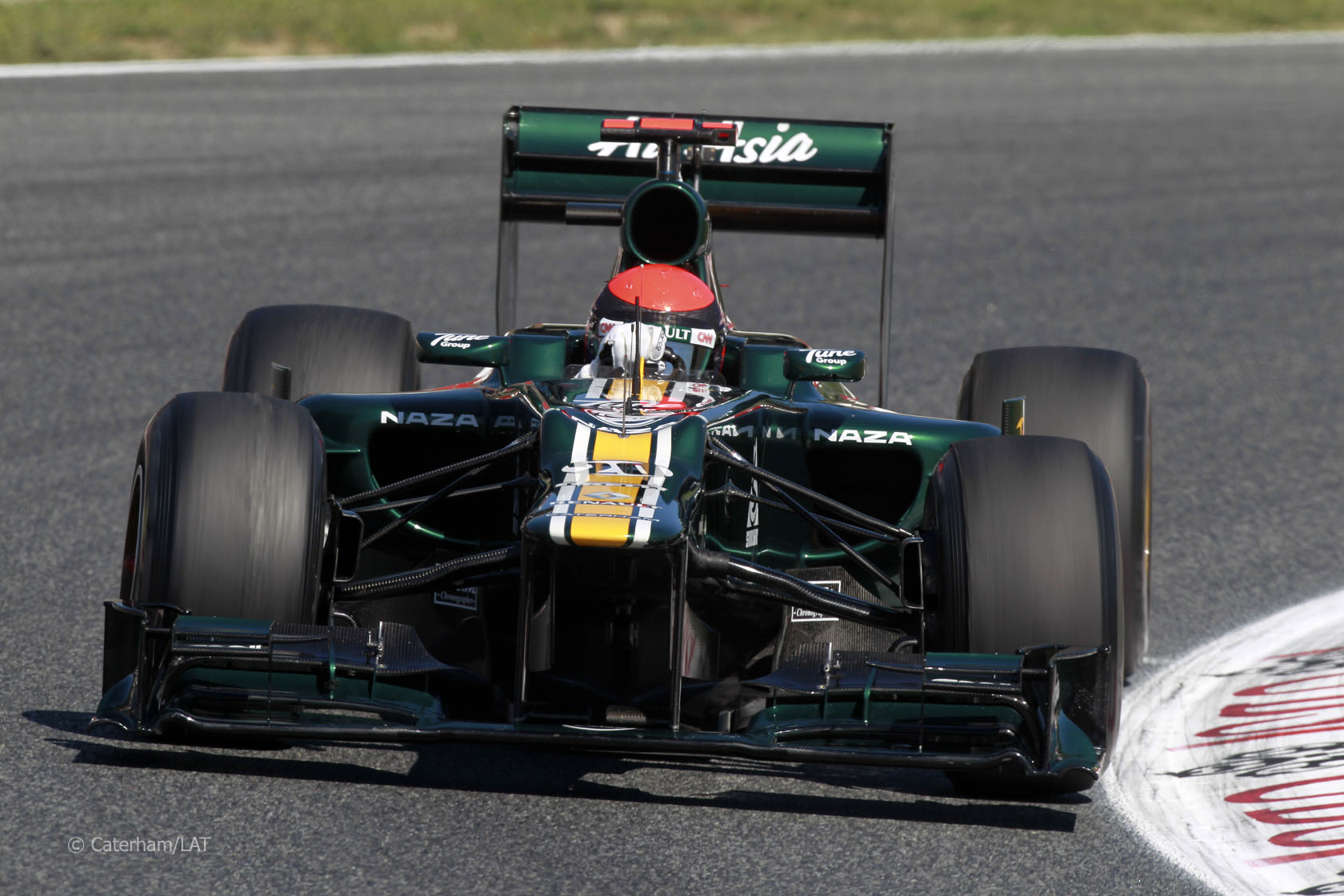 Alexander Rossi and Ma Qing Hua will be Caterham’s reserve drivers for 2013 and drive for the team in practice sessions.

Chinese driver Ma will participate in the first practice session of the Chinese Grand Prix. Ma, who made four practice appearances for HRT last year, will also race for Caterham’s GP2 team.

Team principal Cyril Abiteboul said: “I?óÔéĽÔäóm very pleased to welcome Ma into our team. Alexander continues his development with us into 2013 and his promotion is a reflection of the investment we are making in him for the future”.

“Ma joins us with previous F1 experience from 2012, and will play a key role in helping our GP2 team achieve their 2013 goals. We are looking forward to helping him develop his talents, both in the F1 and GP2 environments, and giving Chinese fans a figurehead to support on track throughout the year ahead.”

Ma, who became the first Chinese driver to participate in an official F1 session last year, said: “I know the fans at home will be really excited to see me race in GP2 and with the F1 work I also have ahead of me, China can be proud that it continues to have a driver involved in motor racing at the very highest level.”

16 comments on “Rossi and Ma get Caterham practice opportunities”