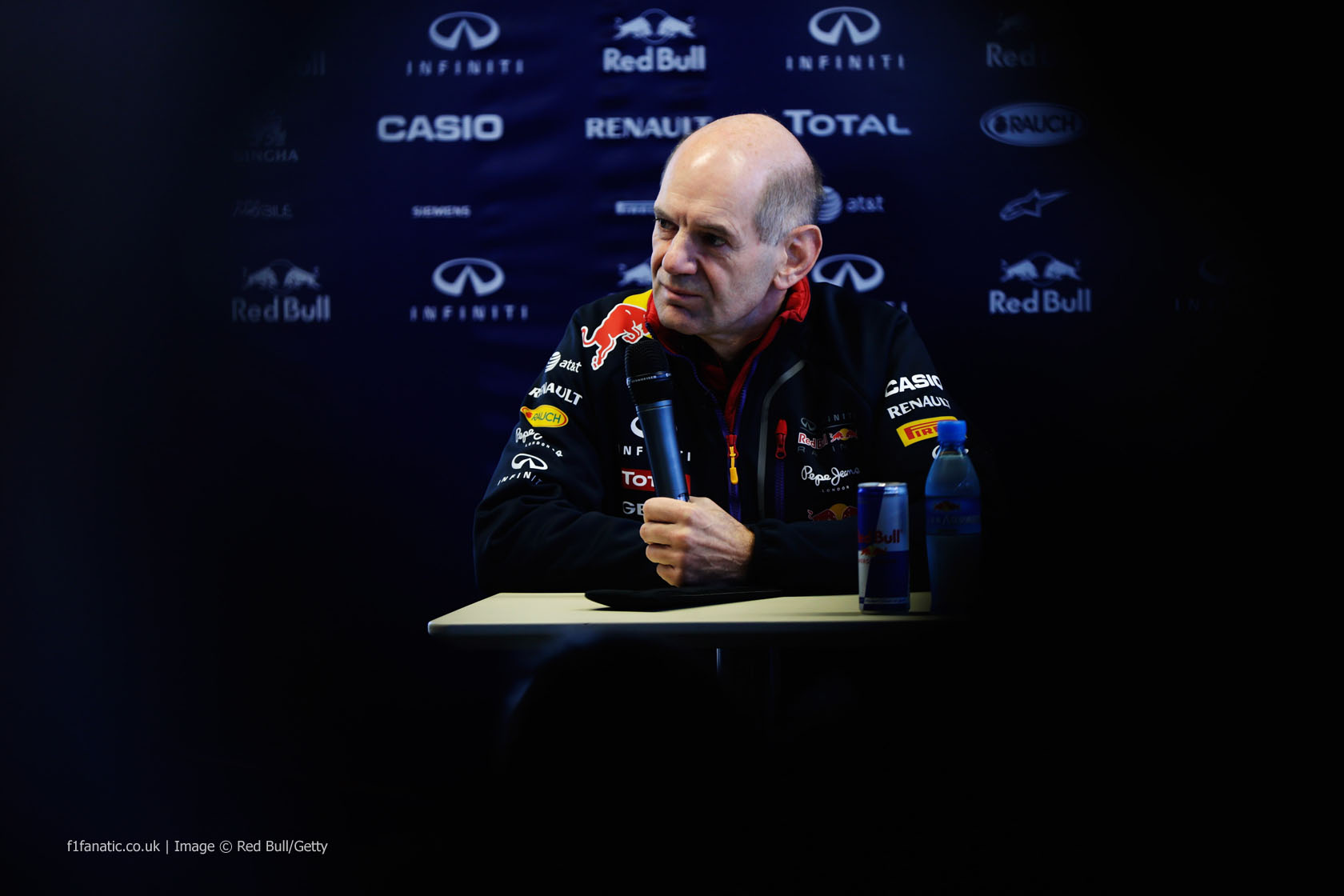 Fuel consumption will be an overriding concern in most races this year, Red Bull’s chief technical officer Adrian Newey believes.

Newey described how the new limits on maximum fuel use and the fuel flow rate could shape race strategies: “[We] not only have a 100 kilos maximum fuel for the race but we also have a maximum consumption – a flow rate, if you like. The old engines, for reference, were using around 160 kilos, so it’s a big reduction in fuel.

“That of course means there will be a lot of strategy in the race. Most of the races we anticipate will be fuel capacity limited. So we’ll have to save fuel through the race which will mean different driving styles, compromising lap times to save fuel, which will mean how you then use your remaining fuel.

“Do you go out quickly at the start, try and brake away and then save fuel? Do you save fuel early in the race and try and sprint later in the race? All those sorts of things will come into play.”

Newey said the fuel limits were unlikely to have a major effect in qualifying, where little fuel is used for a flying lap, but said “it may well be that some engines perform better in terms of qualifying because fuel consumption is less of an issue than it is in the race”.

The impact of the aerodynamic changes at the front of the cars, including the reduced front wing width, were also not to be underestimated, Newey added.

“What sounds quite a small change, which is a 75mm – that’s roughly three-inches – reduction in the width of the wing on each side, and that was done to reduce the chances of a wing being knocked off when two cars touch in a sort of dogfight, if you like. But it has a big aerodynamic effect. “It’s not inside, it’s not outside. And that means that the majority of the flow now stagnates in front of the front wheel. A little of it finds its way outside, the rest comes inside, and in doing so it makes quite a mess.

“The front wing wake effectively – the combination of the front wing and front wheel wake – becomes much bigger. That causes all sorts of problems downstream as you approach the sidepod and the diffuser.”