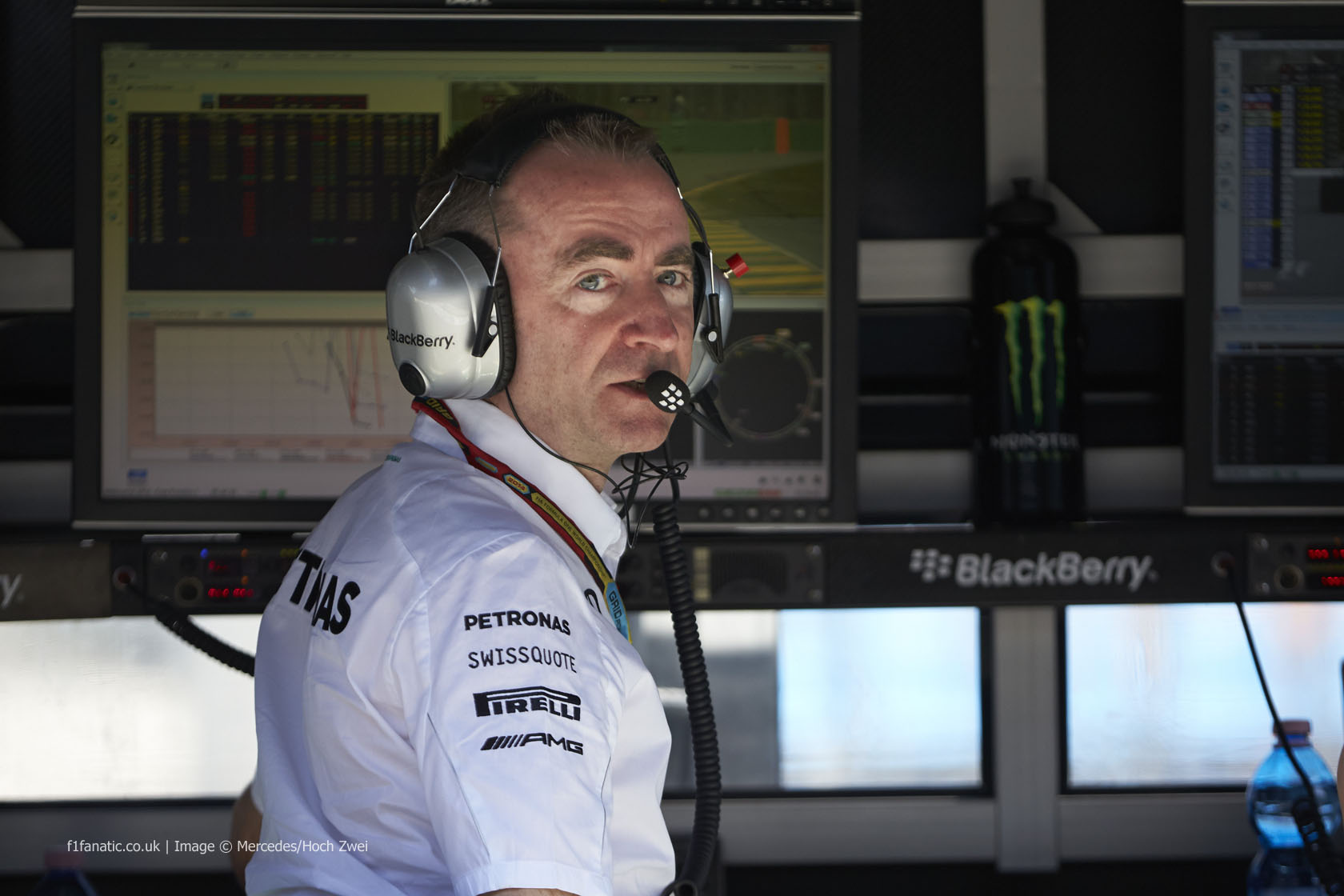 In the round-up: Mercedes’s Paddy Lowe says that the team has ensured that the engine issue that struck both cars in Canada will not happen again.

Paddy Lowe: “Of course, we are doing our utmost to give both drivers the opportunity to compete for the championship on equal term. We put a significant amount of effort into understanding the problem that occurred in Canada and ensuring that there will be no repeat in Austria.”

“Ferrari president Luca di Montezemolo has asked Bernie Ecclestone to call Formula 1’s key figures together to discuss its future, amid concerns the sport has lost its way.”

American F1 team to create 250 jobs in the UK (Telegraph)

“Mr Haas said: “I think initially we are going to be hiring around 200, maybe a little bit more than that at 250.” He added that he was planning to locate the team in the UK because eight of the 11 outfits are here, in a cluster in central England known as Motorsport Valley.”

“Monaco and Montréal were both races which didn’t play to our strengths and additionally we had reliability problems at both of them. Austria looks to be more positive in terms of its potential for us, as well as the next few races too. We’re making improvements all the time so we can tackle all the aspects which cause us a challenge.”

“Mark Webber himself climbed in for the final two and a half hours and, with the chasing No2 car set to catch him within the final hour, a battle to the finish was on the cards for the 263,300 spectators thronging the circuit. But then, of course, there was one final heartbreaking twist for Porsche, as on lap 345 the 919 slowed and was forced to pit with a powertrain problem that ultimately ended their race.”

So much for @lotus_f1team having a sense of humour, according to that last Tweet from @stephanesamson #lotusantigay #F1

Thank you Kazan. Its been a pleasure to be here. Lots of people. It was great fun! #F1 pic.twitter.com/5bxtL1kqWb

Starting point for Luca Di M should be to negotiate a Concorde Agreement that improves the suite of rights available to Teams to exploit.#F1

With Luca di Montezemolo reigniting debate over the current state of Formula 1, Max Jacobsen questions how powerful the Ferrari name is this modern era of the sport.

I seriously question sometimes whether Ferrari’s involvemnt in F1 is as great a benefit as it is widely regarded to be, or a hindrance.

They are an engine manufacturer, which surely has to be one of their major contributions, but have they – by means of their veto power – discouraged involvement from other potential engine manufacturers? Has their recent lack of success reduced the allure of the marque? Has their over-politicising, torid management and outdated principle tarnished their image? In a time of economic hardship, is their historic financial incentive just and above all merited? Has their previous reluctance to relinquish an underperforming Massa reduced their public appeal? And – perhaps most importantly – is F1 still primarily associated with Ferrari?

The last is perhaps the most interesting point. If someone were to mention F1 to me in 2004, my primary reaction would be a visualisation of the Ferrari of Michael Schumacher. It was very evocative.

Now however, they are rather distant on the line on which my train of thought chugs along. To me personally, F1 is Vettel and Red Bull. To many others, F1 is Mercedes and the Hamilton/Rosberg rivalry. To others still, F1 is Fernando Alonso. But I am skeptical that is the case with Ferrari – at least directly.

So would F1 miss Ferrari? Of course, but I believe the show would continue with only a small bump on the seismic trace.

A mass walkout due to financial unsustainability? Now that would be a San Francisco, 1906.
Max Jacobsen

Team mate Corrado Fabi, who shared the seat that year with brother Teo, could only manage 16th, over four seconds slower than Piquet, who was joined on the front row by Alain Prost.