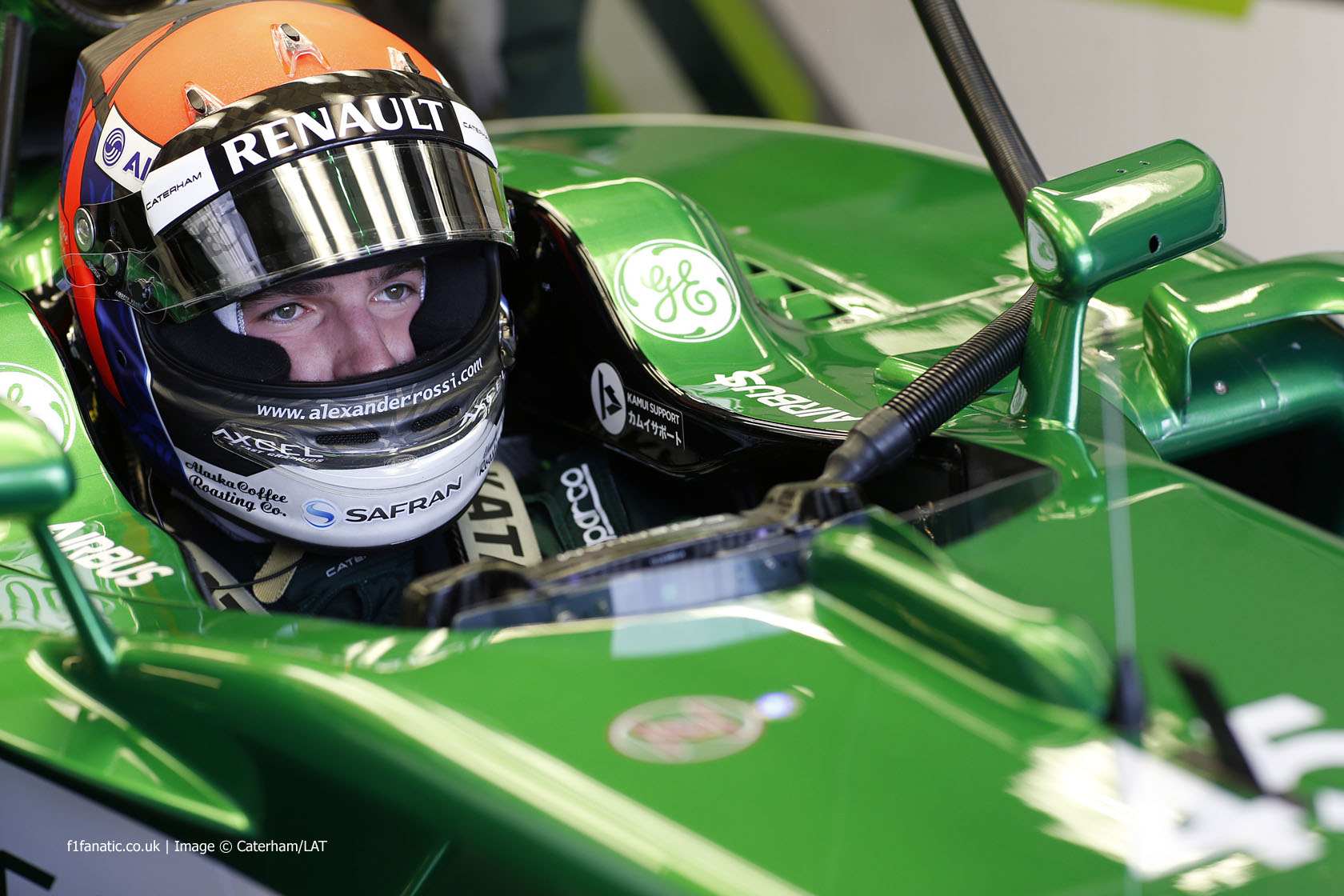 Alexander Rossi has separated from Caterham despite having been set to drive for their F1 team during the practice session for the upcoming United States Grand Prix.

Rossi has also left the Caterham GP2 team which he had been driving for since last year, according to his management team.

The Caterham F1 team was sold by Tony Fernandes ahead of the British Grand Prix. Now run by former F1 driver Christijan Albers, the team announced the hiring of Nathanael Berthon last week as part of a “new Driver Development Programme”.

Robin Frijns, Will Stevens and Julian Leal have also had runs in the CT05 since the start of the season in practice or test sessions. Rio Haryanto was also due to drive the car at Silverstone but was unable to do so due to technical problems.

Rossi had his first F1 test for BMW in 2009 after winning the Formula BMW Americas championship and world final. He first tested for Caterham in 2011, when the team was called Lotus.