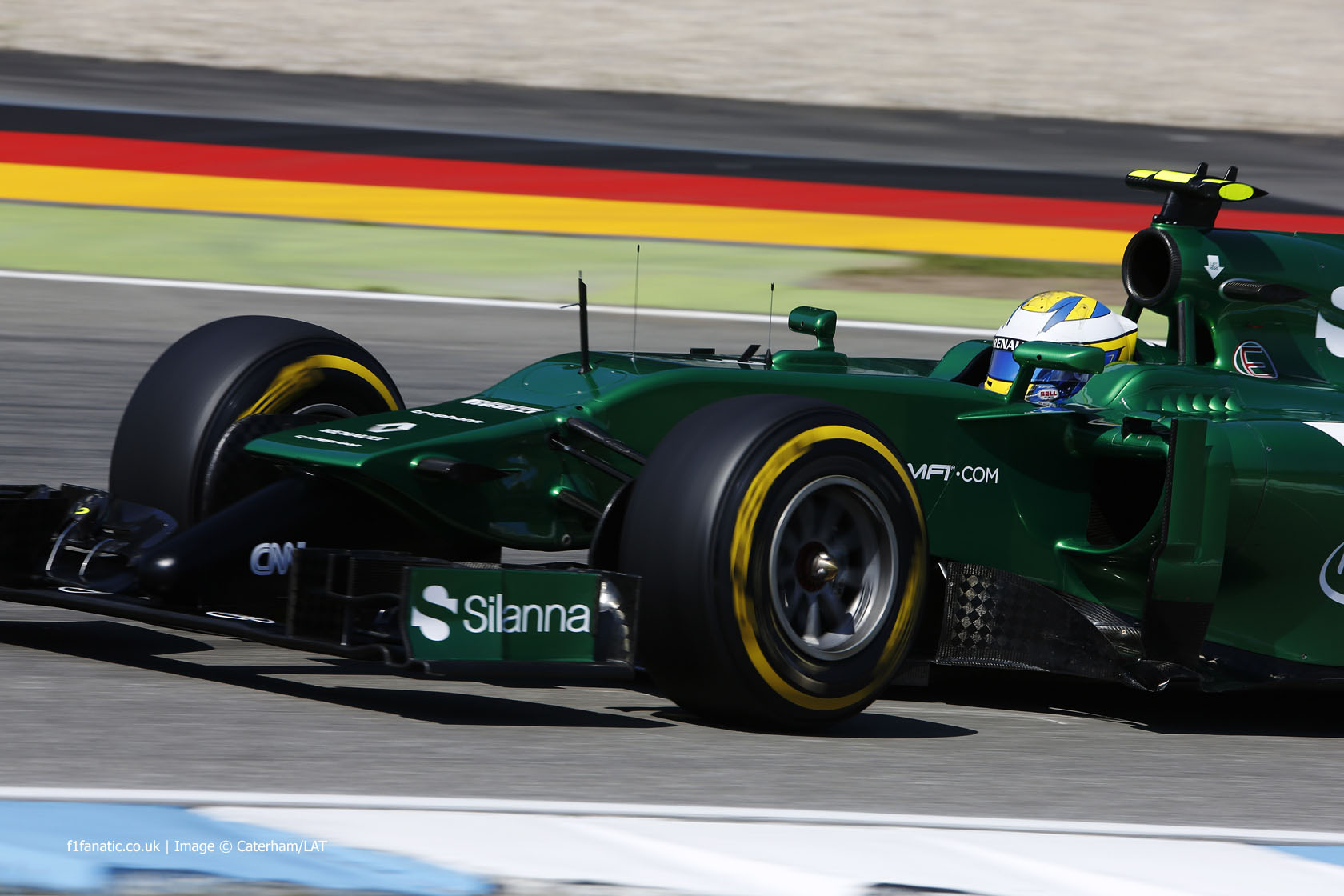 Marcus Ericsson has been told he must serve a ten-second stop-go penalty after the start of today’s race.

The Caterham driver has been penalised because his team neglected to fix a covering to his car while it was in parc ferme.

As a result Ericsson, who was already due to start last having failed to set a time from qualifying, will now begin the race from the pit lane. On top of that he has been ordered to serve a ten-second stop-go penalty within the first three racing laps.

“The reason for the dual penalties is to serve as a disincentive to a breach of parc ferme resulting in unsupervised access and significant extra time to work on a car between qualifying and the race,” explained the stewards.

Caterham’s failure to cover the car was noted three-and-a-half hours after qualifying finished.

One comment on “Ericsson to serve penalty after race starts”