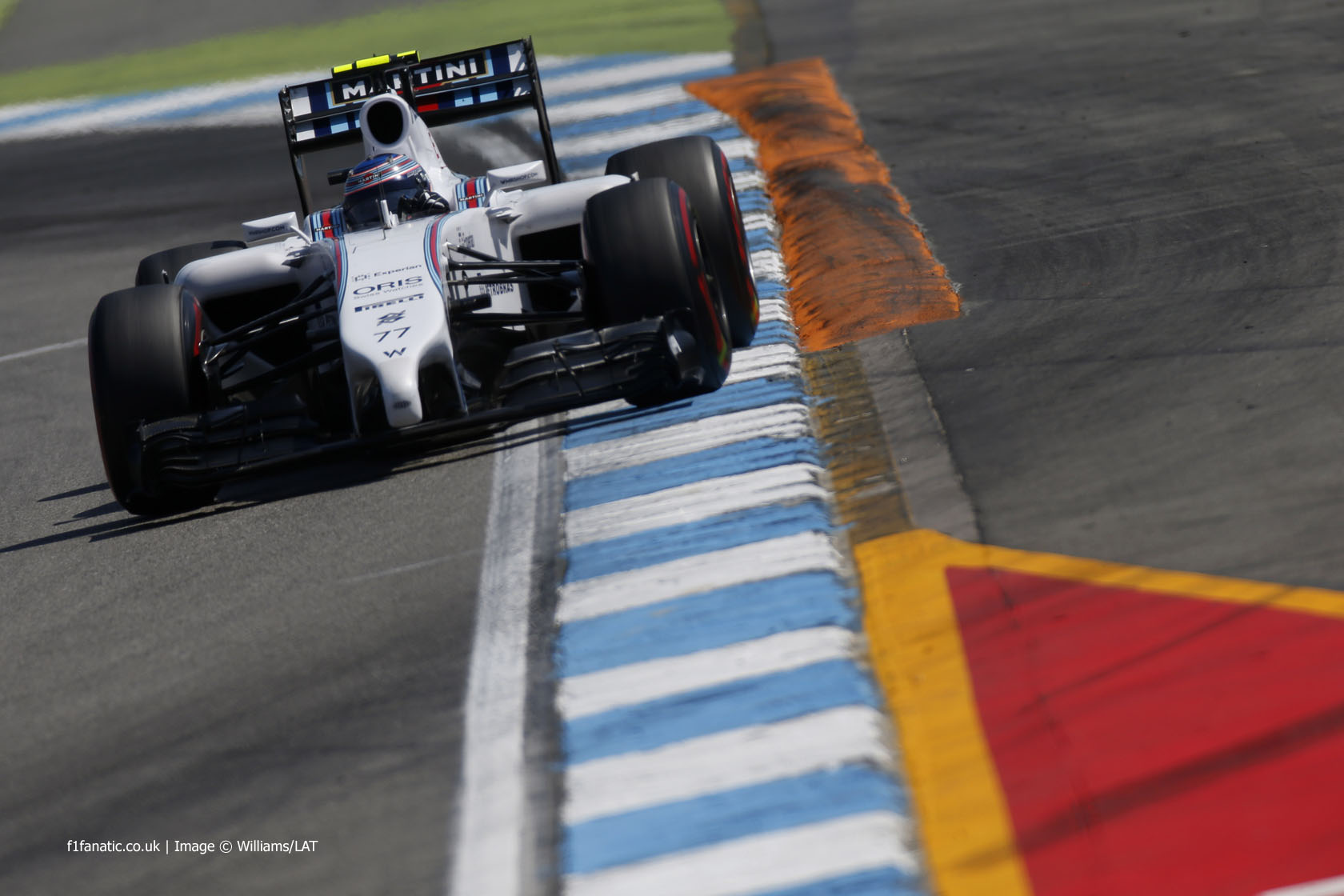 In the round-up: After his third successive podium, Valtteri Bottas says that Williams are aiming for more than just podiums for the remainder of 2014.

Bottas: “I feel really lucky to be part of this. Last year we could not have expected to be three times in a row on the podium but we are now. This is the package we have and it’s all down to hard work and we need to always keep aiming for more. Of course, it feels really good to be [on the podium] for a third time in a row but I think we’re aiming for more than that now.”

Rosberg thanks fans for support on “a special day” (NBC)

“Nico Rosberg was quick to thank the German fans for their support at Hockenheim today as he stormed to his first victory on home soil ahead of Valtteri Bottas and championship rival Lewis Hamilton. The German driver led every single lap of the race en route to victory, but, as he explained to Kai Ebel on the podium, it was not without its challenges.”

Ricciardo: “These are the moments and battles that I personally thrive off and enjoy. Fernando is known to be a tough racer and I thought who better to have a good fight with. I was on the primes and he was on fresher options and I gave it the best fight I could and, yeah … nearly!”

Claire Williams: “There is no easy prey in Formula One, but yes, three points is an achievable amount [to overhaul] isn’t it? The target was to take P3 in the constructors’ championship. Red Bull is only sixty-seven points ahead of us – and they are in P2 – and with the current point system there is no reason why we can’t be fighting for P2 this year!”

Formula One to get new owner by next year (Telegraph)

“Formula One is on track to get a new owner by next year. Its largest shareholder, the private equity firm CVC, will be forced to sell its 35pc stake in the business by next July unless the majority of its investors agree otherwise.”

RIP James Garner. Admired by all who knew him. When starring in Grand Prix the people around F1 said he had the talent to be a pro driver

Homerun for @nico_rosberg ! It was a nice day, had a lot of fun in Hockenheim! #Poldi #aha #formula1 pic.twitter.com/AgtjkLqa8Y

After watching the race back think I overreacted with my feelings about Lewis's move. I can understand why he thought I was giving him room.

Uppss, @MassaFelipe19 car upside down in turn 1…! Good to hear is all ok for Feli! Otherwise ,Interesting race… pic.twitter.com/Sm6GRQ9vrf

Another great one from us @WilliamsRacing 👍 thank you all for the support! We'll keep pushing! #Hockenheim #2nd #77 pic.twitter.com/tfUXppb6yL

Kvyat and Sutils' cars today exemplified race marshals are fantastic & show such bravery. It is easy to forget they are volunteers. #F1

You can't crow on about Road Safety and then send four blokes out onto a live race track to move a stranded car. Unbelievable!

Does no one remember the fatal accident of Tom Pryce at the 1977 Grand Prix of Kyalami? With that, I get off my soapbox. #F1

For the second successive race, we were treated to a thrilling on-track duel involving Fernando Alonso that left @glennb in awe.

Seriously enjoyed the Alonso battles today. The guy has been involved in some of the best battles since I’ve been watching the sport. The better drivers must look forward to squaring off against him. Vettel, Webber and now Ricciardo have had me out of my chair as they take on Alonso. Great to see the absolute professionalism and respect they give each other.
Bravo.
@glennb

Aintree held its last round of the world championship on this day in 1962, Jim Clark winning for Lotus.