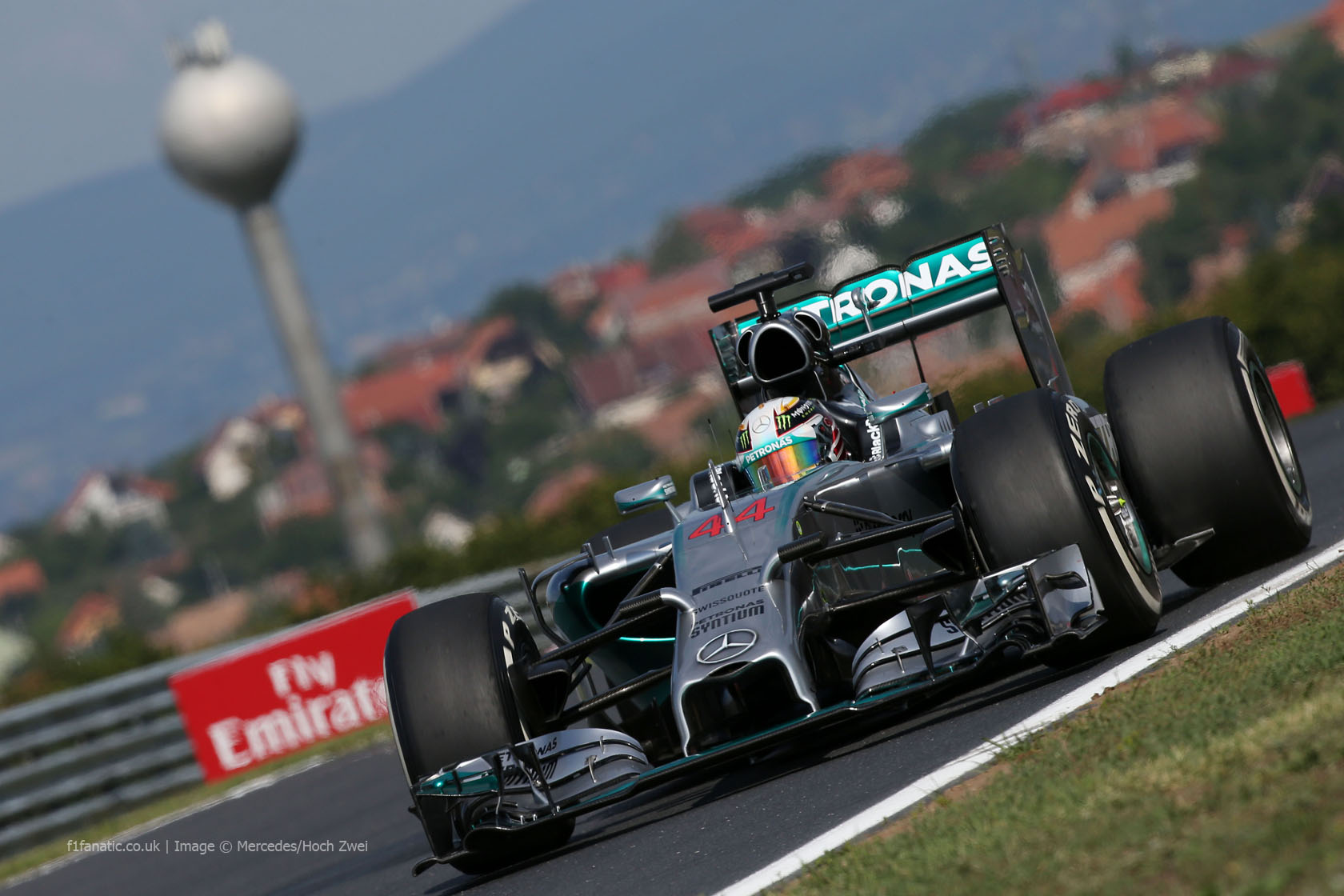 Lewis Hamilton topped the time sheets for the third consecutive session at the Hungaroring ahead of this afternoon’s qualifying session.

When the session began, Hamilton immediately set about on a long fuel run and was heard complaining of a lack of braking response over team radio. Mercedes confirmed that both Hamilton and Rosberg were running only Carbone Industrie brakes for this session.

The tarmac run-off around the Hungaroring saw plenty of early action, with Kamui Kobayashi and Romain Grosjean running wide at Turn Four and Nico Rosberg and Marcus Ericsson both missing Turn 12 entirely.

With all cars focussing on runs on the Medium compound tyre, Valtteri Bottas was the first driver to eclipse the Mercedes of Nico Rosberg at the top of the time sheets, before Daniel Ricciardo became the first driver to break the 1’26 barrier in the session soon after.

Fernando Alonso ventured out for his first timed run more than halfway into the session and immediately posted the quickest time on Medium tyres, before Hamilton lowered the benchmark by almost three tenths of a second.

With just under fifteen minutes to go, the track fell silent as the teams prepared for their usual qualifying simulation runs. Alonso was the first driver to set a time on the Soft tyres, improving his best by 1.1 seconds compared to the Medium compound.

Nico Rosberg then went fastest on a 1’24.501, despite running wide at Turn 14, but was soon bested by Hamilton who posted the quickest time of the weekend with a 1’24.048.

Rosberg improved his personal best at the end of the session and was only 0.047 slower than his team mate. Behind the Mercedes, the two Red Bulls of Vettel and Ricciardo were the quickest out of the rest of the field.