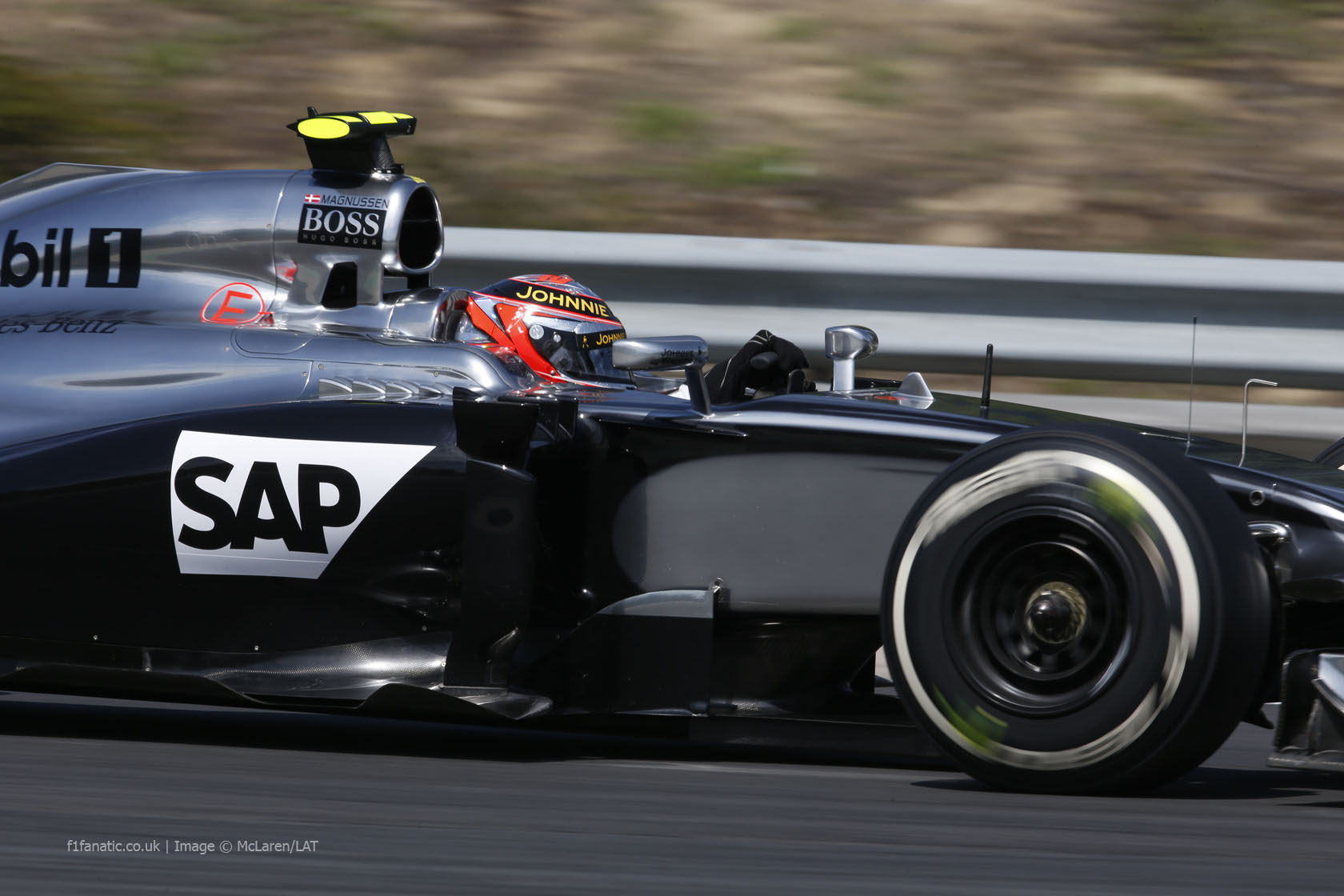 Kevin Magnussen says he is disappointed after losing control of his McLaren in slippery conditions in qualifying and hitting the barrier.

The rookie locked up under braking for the first corner as rain began to fall during the start of the final qualifying session, suffering heavy damage after striking the outside tyre wall.

As a result of the crash, Magnussen will be forced to start tomorrow’s race from the pitlane as McLaren have been forced to change to a new chassis and gearbox.

“I just hit the wall,” explained Magnussen. “The track was much wetter at the first corner than it was at the last corner. As I came out of the final turn, there was full grip, so I braked for Turn One at the normal braking point, but it was much wetter.

“Physically, I’m fine but I’m sad that I didn’t get more out of it,” Magnussen added.

“I’m most disappointed for the team, I think we could’ve got another decent qualifying result. Now, we just need to get on with it – starting from the pitlane will make life more difficult, but I’m determined to have a strong race.

“I’m just very disappointed to have made that mistake.”