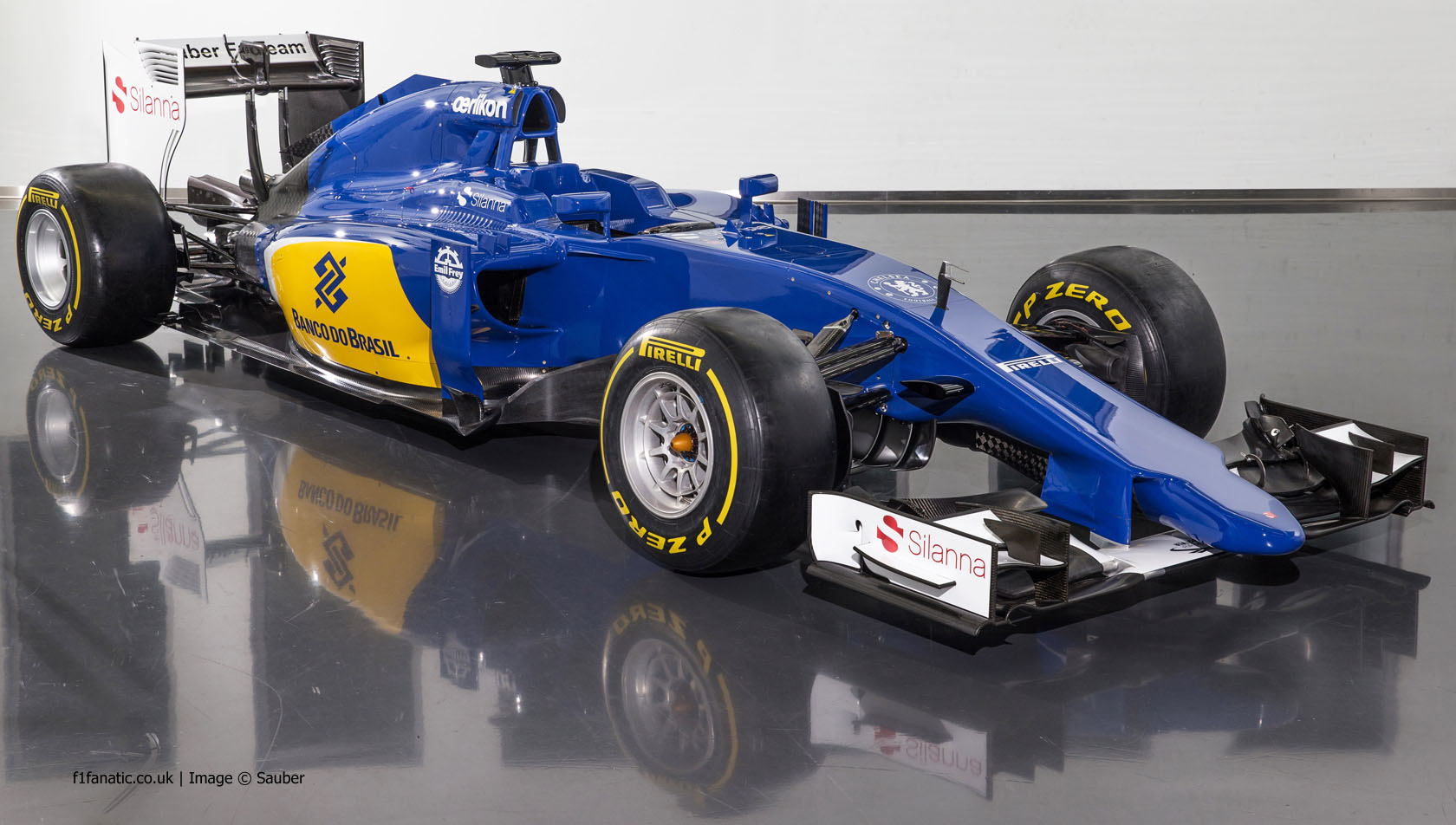 Sauber has revealed its 2015 F1 contender, the Ferrari-powered C34.

The team aims to bounce back from the poor season it endured last year in which it failed to score a point for the first time in its history.

“2014 was a very disappointing year,” said team principal Monisha Kaltenborn. “However, this is in the past, and we now focus on what comes next. We have learned our lessons and are confident for the new season.”

Sauber has replaced both its drivers for the coming year, with Marcus Ericsson joining the team from Caterham, where he made his debut last season.

Felipe Nasr, who finished third in GP2 last year, will make his first F1 start with the team. The new C34 carries the logos of his sponsor Banco do Brasil.

“In my rookie season there is a lot to learn,” said Nasr, “especially as I have not yet driven on some circuits yet”.

“In my role as test and reserve driver for Williams last year I was involved in every race weekend. Furthermore I also had the chance to drive the car a few times, so I think I have a certain understanding of Formula One. Now I am taking the next step in being a race driver, and I am looking forward to bringing my experience from 2014 as well as to supporting the Sauber F1 Team in getting back into the points.”

Following their problems last year Sauber set three major targets for the design of the new car: reducing weight, improving its braking performance and better handling in low-speed corners – the latter a particular weakness of the old car.

The team continue to use Ferrari’s power unit, and the team say that although the Scuderia’s 2015 design has higher cooling requirements they have managed to reduce the size of the C34’s sidepods compared to its predecessor.

This article will be updated