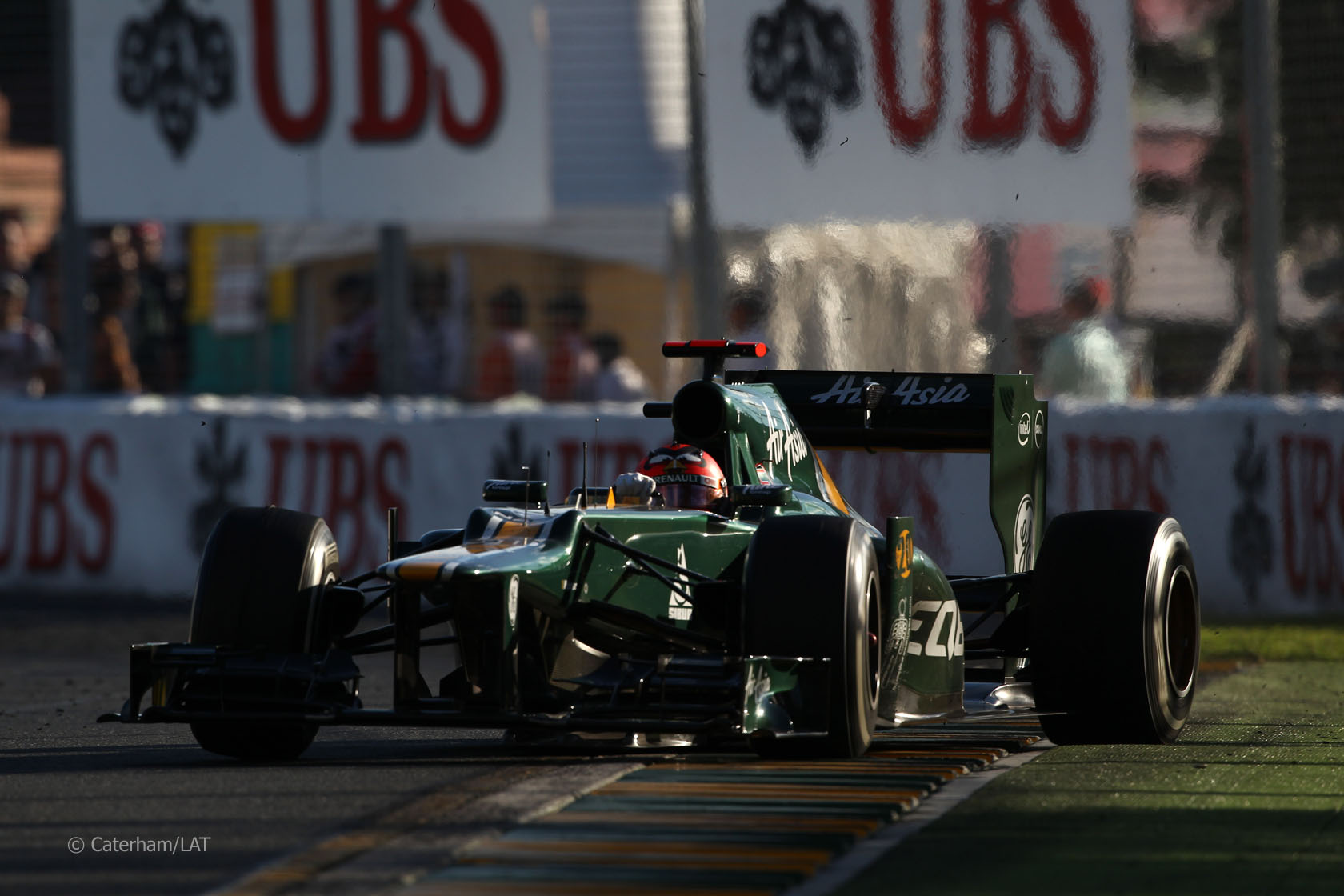 The Formula One grid will be a smaller and slightly less colourful place without the bright green Caterham cars this year.

After their sale during the middle of last year they always seemed to be on borrowed time. They disappeared three races before the end of the season, only to make an audacious and unlikely comeback bid at the Abu Dhabi season finale. Sadly that has not proved sufficient to secure the backing they needed to return.

The team set up by Tony Fernandes at the end of 2009 never managed to score a point. But they were initially the most competitive of the new teams in F1, and for a while they seemed the most likely to thrive.

Before it was named Caterham, the new team set up by Fernandes returned the Lotus name to Formula One for the first time in 16 years. It came about in unusual circumstances.

In 2009 the FIA invited three new teams to enter F1 and granted entries to Virgin (later Marussia), Campos (later HRT) and US F1 (which never made it). However when BMW announced at mid-season they would pull out of their sport, an extra place was opened up, and in September 2009 the FIA gave Tony Fernandes’ Lotus team the go-ahead.

Given the late start to their F1 programme, Lotus impressed by beating their newcomers over the coming season.

The T127 looked boxy and basic but proved reliable and that was what counted. The experienced driving partnership of Heikki Kovalainen and Jarno Trulli, the latter one of several hirings from the defunct Toyota team, served the team well.

Things got tricky in 2011. A switch from Cosworth to Renault power and a novel twin-airbox design failed to give Lotus the anticipated leap forward in performance, though they remained ‘best of the newcomers’ for a second year.

Off the track the team was dealt a harsh lesson in F1 politics. They became embroiled in a bitter row over the use of the name Lotus, which was also claimed by rivals Renault. A court ruled in favour of Fernandes, but he later relinquished the rights to use the name to Renault and rebranded his team as Caterham. For year three Trulli was gone, replaced by Vitaly Petrov, and the Lotus name had been replaced by Caterham. But the midfield remained an elusive target.

In fact, keeping their established rivals behind was hard enough. It was only thanks to Vitaly Petrov passing Charles Pic six laps from the end of the season that Caterham kept ahead of Marussia in the championship.

The team also relocated from Hingham to Leafield, taking its GP2 operation with it. It was all-change in the team’s driver line-up for 2013, with Pic joining them alongside Giedo van der Garde. But with HRT gone and Marussia making gains, Caterham fell to the bottom of the pile in their fourth season of F1. For the second year in a row Caterham arrived at the first race of the year with a brand new driver line-up. The fan favourite and crowdfund-supported Kamui Kobayashi took one car, GP2 graduate Marcus Ericsson the other.

However Fernandes made good on his pre-season threat to sell the team if its performance did not pick up, and by mid-season its future was in serious doubt. It staggered on under a new management team, but after the Russian Grand Prix it vanished from the grid.

They made a remarkable comeback at the Abu Dhabi season finale, backed by a crowdfund organised by the team’s administrators. Will Stevens took over Ericsson’s car and thanks to him a Caterham saw the chequered flag for the final time in an F1 race.