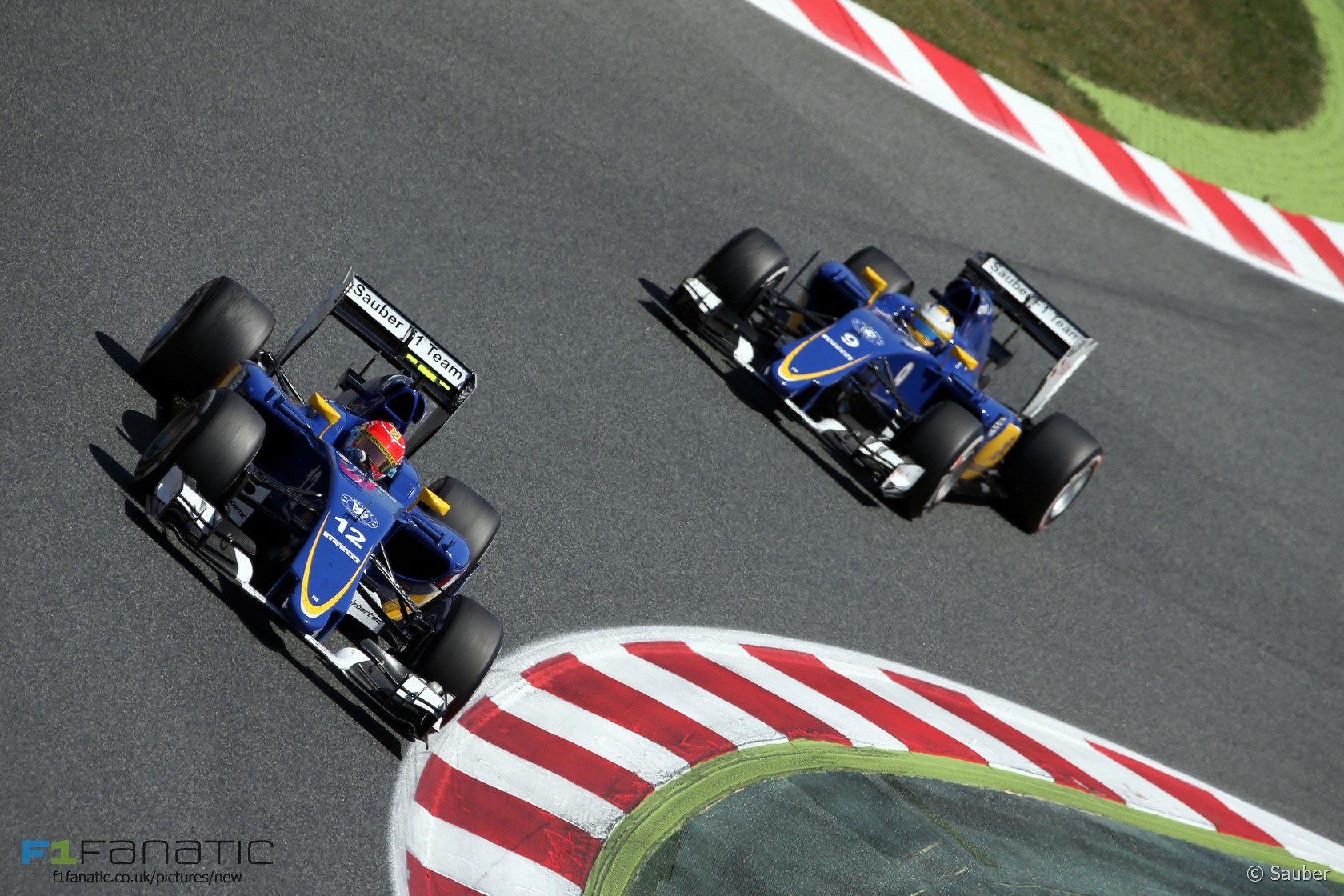 Sauber has announced it will keep the same driver line-up for 2016.

Felipe Nasr and Marcus Ericsson, who joined the Swiss team at the beginning of this year, will remain with them for at least another year.

Team principal Monisha Kaltenborn said the early announcement of the decision “shows that the drivers and the team are sure they are heading in the right direction”.

“We have full confidence in the talents and skills of Marcus and Felipe,” she said. “Both have shown solid performances, gained experience and learnt quickly. We enjoy having them in the team and they give it a positive boost.”

“Despite their young ages, they work very professionally – on as well as off the track. Marcus and Felipe are already involved in a very dedicated way with the development of next year’s Sauber C35.”

Nasr, who joined the team from Williams where he had been a test driver, said the announcement is “an important step in my career”.

Sauber’s choice of drivers for this season became a contentious point when Giedo van der Garde successfully sued the team for breaking his contract with them. The former Caterham driver eventually reached a settlement with the team.