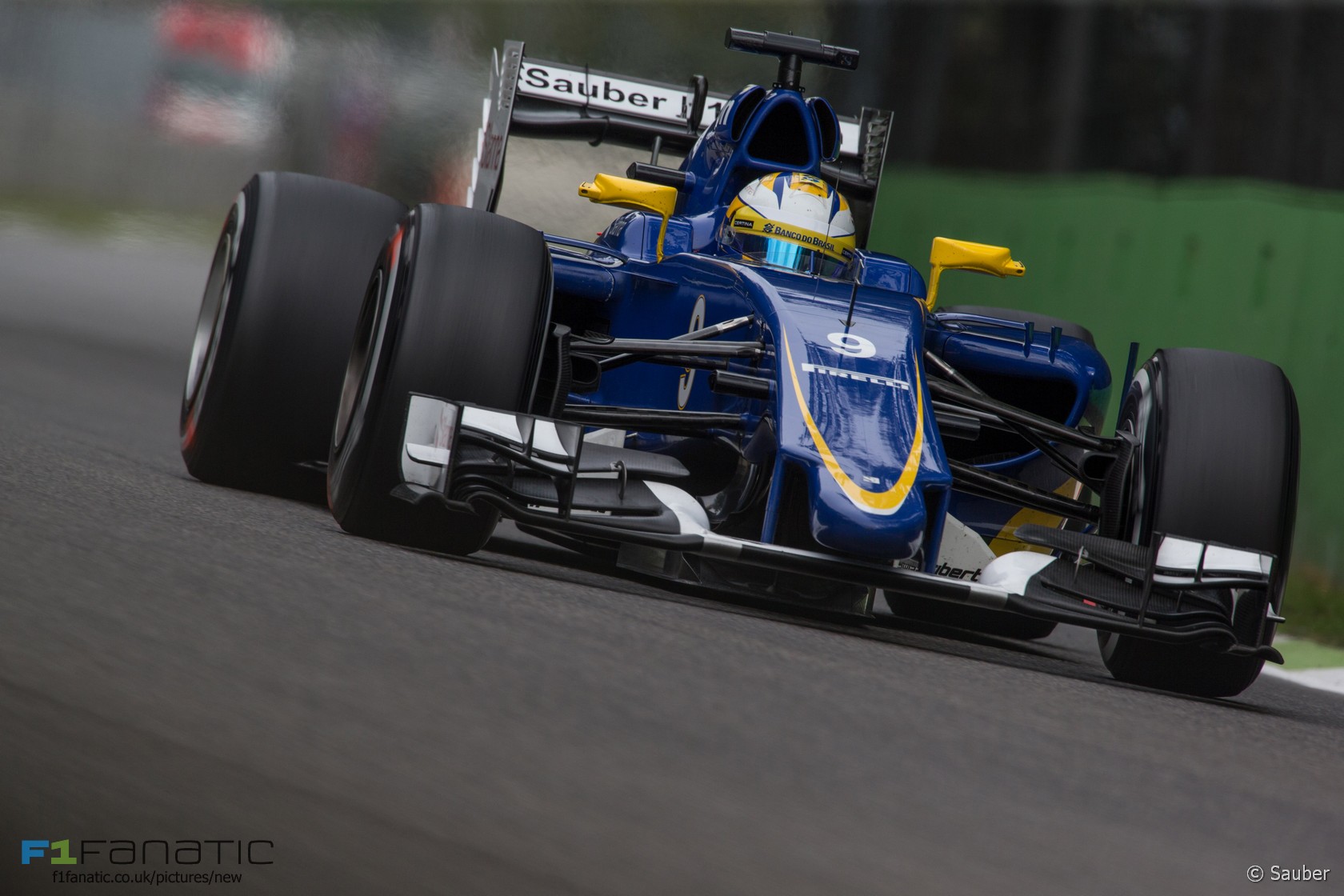 Sauber’s Marcus Ericsson will start 13th on the grid after receiving a three-place grid penalty for impeding Nico Hulkenberg during qualifying.

Ericsson had qualified tenth on the grid, but drops down to 13th as a result of being found guilty of impeding by the stewards following the session.

TV images showed Ericsson clearly obstructing the Force India driver at the Parabolica at the end of Hulkenberg’s first timed lap of Q1. Hulkenberg was also heard complaining about a separate incident with the Sauber at Turn 4 over team radio.

19 comments on “Ericsson to start 13th after impeding penalty”