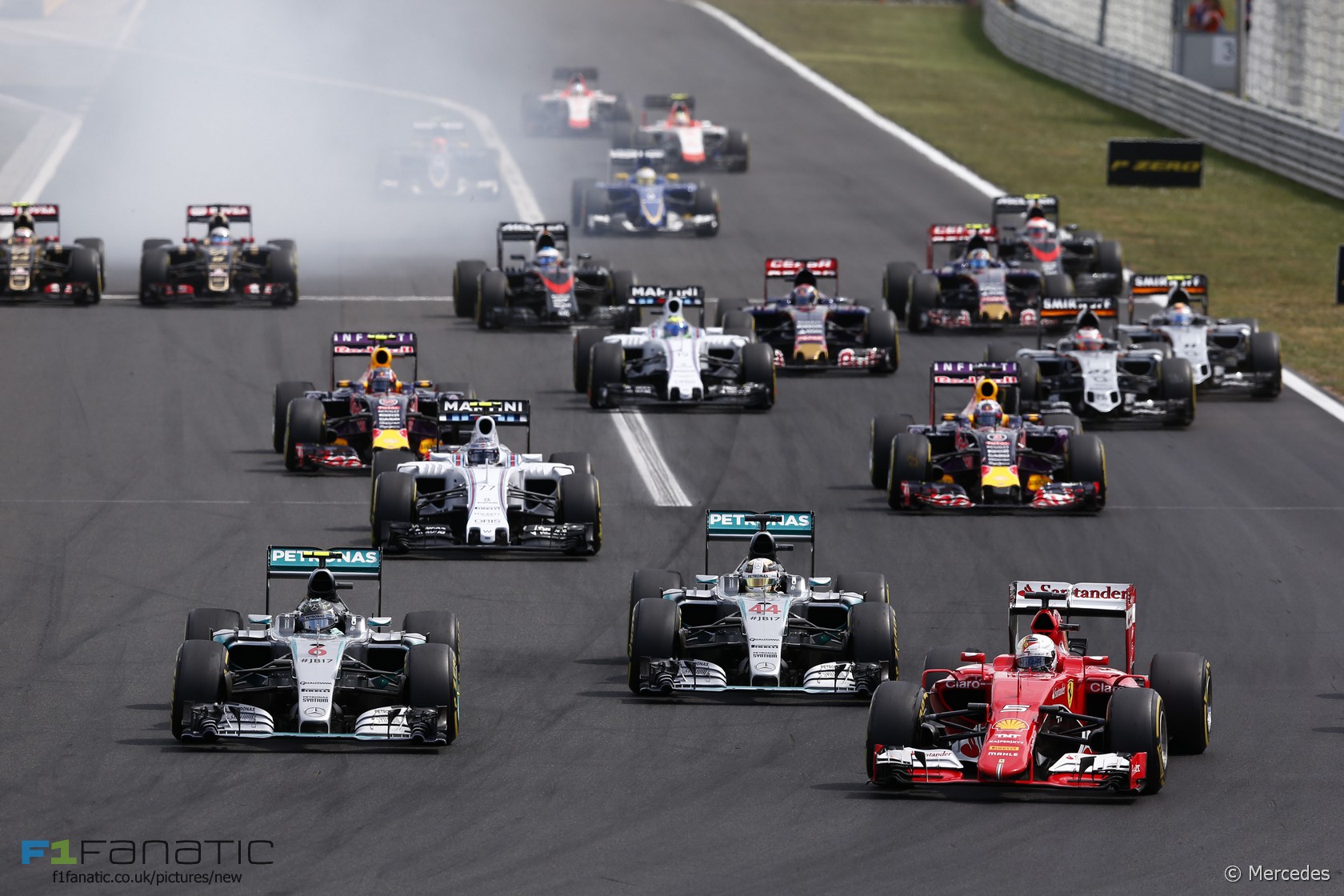 In the eighth year of F1 Fanatic’s Rate the Race series, 2015 produced the second-lowest set of ratings of any season so far. Only the 2009 championship ranked lower on average – and only by a small margin.

However this year’s championship had its highlights, notably in Hungary and the USA, whose races were popular enough to rank among the top ten of the 149 races F1 Fanatic readers have given their verdicts on since 2008.

While Mercedes’ rivals largely failed to make any serious gains on them, the result was a season which didn’t live up to the standard set last year. The average race rating of 7.1 in 2014 was bettered by just five individual races over the last 12 months.

Here’s the full breakdown of your favourite and least favourite races of the 2015 season, and how your ratings compared to the highlights and lowlights of past championships.