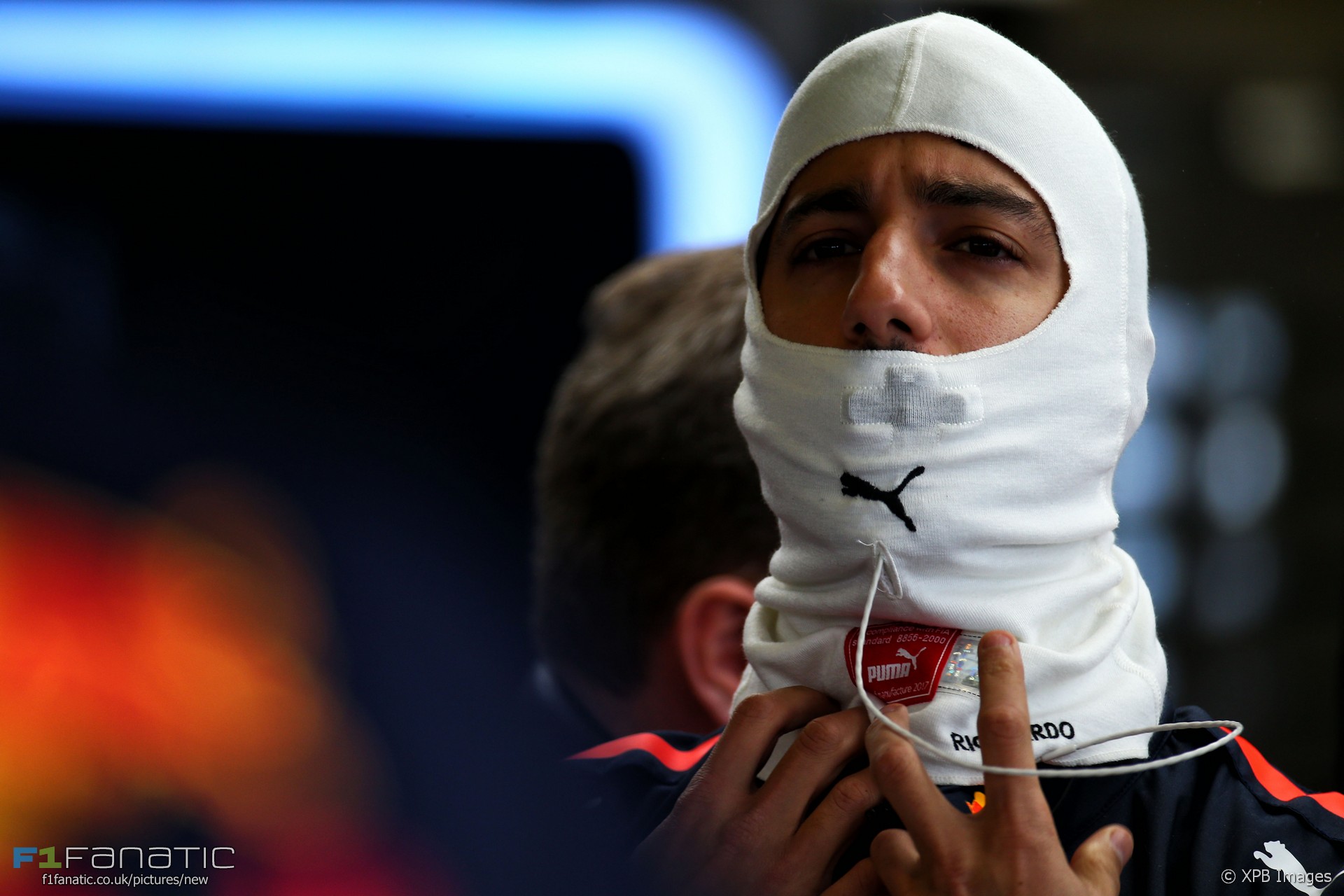 Daniel Ricciardo was unable to start the Australian Grand Prix from the grid after suffering a problem on his installation lap.

The Red Bull driver had already been relegated to 15th place on the grid following a gearbox change penalty. His car was damaged when he crashed during Q3 yesterday.

His race lasted 28 laps before a fuel cell problem with his Renault power unit forced him out.

“For all these things to happen at my home race that’s probably the most frustrating thing,” he said.

“We were on the back foot already after the crash in qualifying and then today we had an issue during the warm-up lap followed by a second issue in the race. On both occasions the car just came to a stop so I couldn’t do anything else.”

“But look, it’s the first race so hopefully we’ll move forward from this.”

Ricciardo said his team mate’s performance in the race gave him some cause for optimism after a difficult first race weekend of the year for Red Bull.

“Max’s pace in the race looked a bit more encouraging, so I think we’re better than what we’re showing but it’s still a bit of a puzzle we’re trying to figure out.”