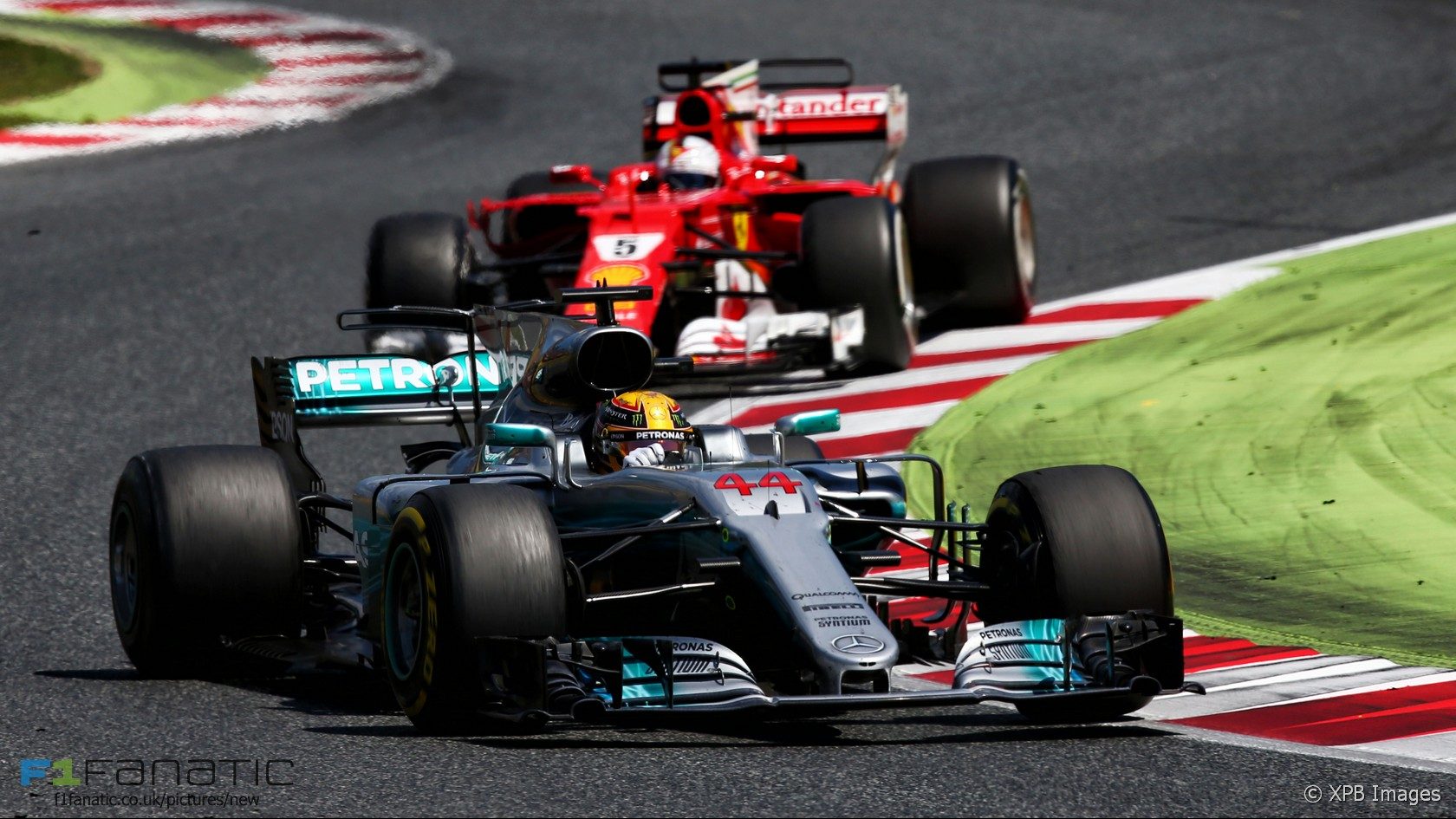 Formula One achieved its target to reduce lap times at the Spanish Grand Prix by at least five seconds compared to 2015.

Ahead of the weekend Mercedes raised doubts over whether the goal would be reached. But after qualifying both their cars and the two Ferrari drivers had lapped under the target time of 1’19.681. And Red Bull’s upgrade almost allowed Max Verstappen to do the same – he was just 0.025 seconds off the five-second goal.

Note that some cars lapped even quicker than this in testing. However these times were set on tyre compounds which were not available for the race weekend and are therefore not representative.

The five-second gain was almost mirrored in the race. Hamilton set the fastest lap with a 1’23.593 which was 4.6 seconds quicker than the fastest lap from two years ago.

Compared to last year the new cars were 2.8 seconds quicker around the Circuit de Catalunya. Hamilton also knocked eight-tenths of a second off the former circuit record at the track, set by Rubens Barrichello in 2009:

Formula One’s new regulations for 2017 were expected to produce significantly quicker lap times at the Circuit de Catalunya due to its many medium-to-high speed corners. This is reflected in the gains made by the teams, all of which were at least two seconds quicker than they were last year.

In the three races prior to Spain the team which had posted the largest improvement in lap time compared to last year was Renault. However they were second to Ferrari by that measure last weekend. Its another indication that the Scuderia’s aerodynamic package is a key element in the progress they have made this season: