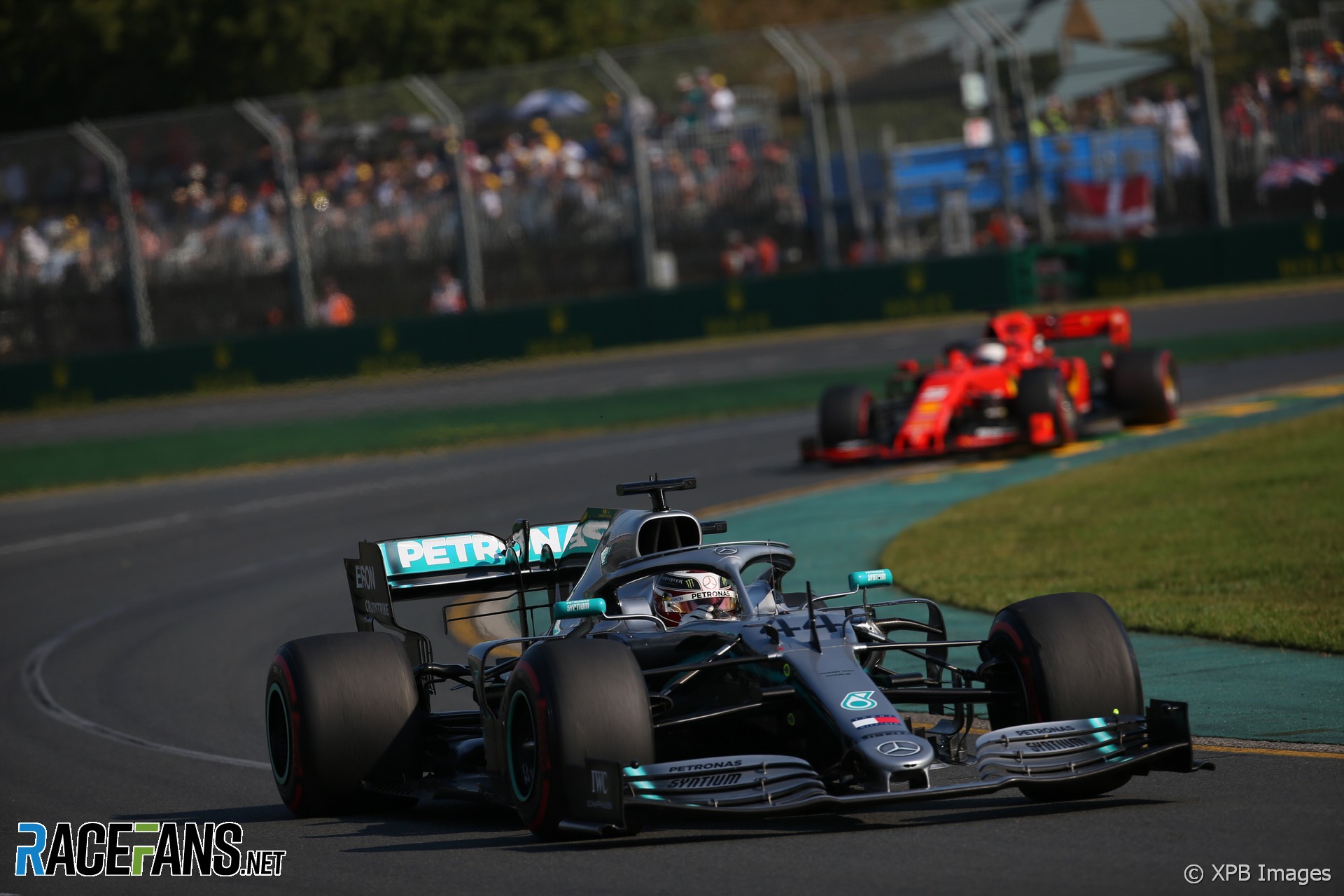 The Albert Park circuit is likely to be resurfaced for the first time since it began holding the Australian Grand Prix.

However Lewis Hamilton and Sebastian Vettel spoke out against plans to give the Melbourne circuit a new surface for the first time since 1996.

“I like the track the way it is,” said Hamilton. “I think it’s a great circuit because there are not particularly massive run-off areas. If you put a wheel wrong, it generally does bite you which is great and how it should be.

“The bumps are part of the character of what Melbourne is so if you were to iron those out it would lose a lot. It does make it trickier for us but that’s a part of it, you need that. I don’t like these circuits which are super-flat and super-smooth, don’t cause us troubles.”

Vettel added: “I hope they don’t resurface it because it’s part of the character of this track.”

But the circuit’s chief executive Andrew Westacott told The Age he expects the track will be resurfaced for either the 2020 F1 season or the year after. The decision will depend on a recommendation from Michael Masi, who stepped in as race director last weekend following the death of Charlie Whiting.

“We will have to get the report back from Michael Masi, but I think we will be resurfacing in the next year or two,” said Westacott.