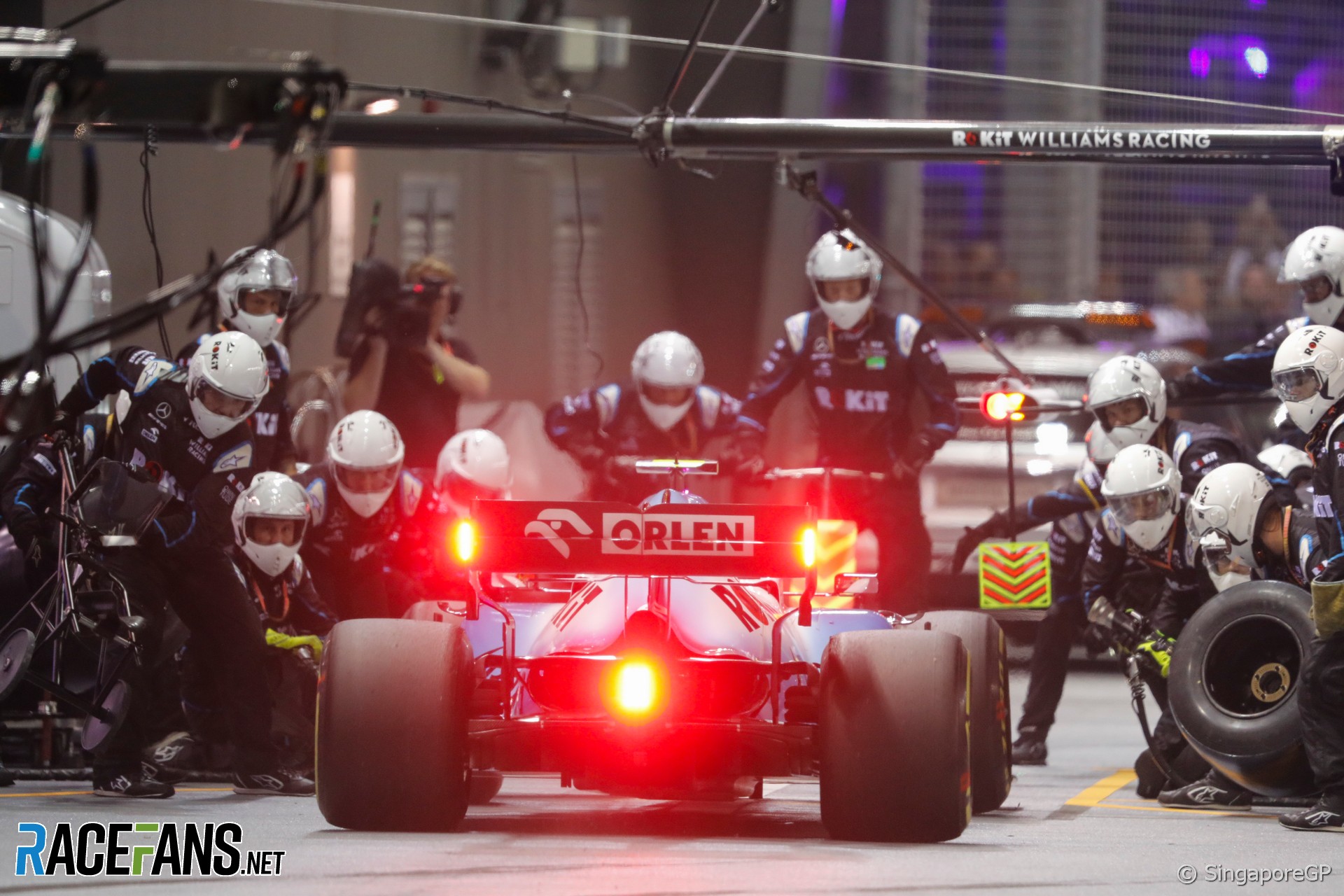 Formula 1 is unlikely to approve a rules change requiring drivers to use all three different sets of tyre compounds during a race, according to Pirelli motorsport director Mario Isola.

The rule would effectively force drivers to make at least two pit stops per race instead of the current one. However Isola said the regulation would most likely reduce the variation between teams’ strategies.

“There was a discussion about that,” Isola confirmed in Singapore. “My feeling is that it’s not going to be approved because giving an additional constraint that means using all the three compounds is just, not obliging, but you push the teams to go all in the same direction.

“So if the target is to have different strategies we’re not going in [that] direction.”

Meanwhile a plan to prevent teams using certain compounds in practice may be approved for the 2020 F1 season only, Isola explained.

“There was also a discussion about the possibility to use only specific compounds in free practice, not to give the opportunity to the teams to collect too much information, so add a bit of unpredictability to the race on Sunday,” he said. “But that means that for teams with young drivers it’s a big disadvantage.”

“It is maybe possible for 2020 because we have a size of tyre, a type of tyre, that is well known for the teams.

“In 2021 we have 18 inches and a car that is completely new, we are in an area of unknown, that means that for the young drivers it would be very difficult. They have no more tests, or reduced tests and on top of that they cannot use some compounds during free practice. You can imagine how difficult it could be for a young driver.”

Any change to the sporting regulations for 2020 would require the unanimous agreement of the teams.