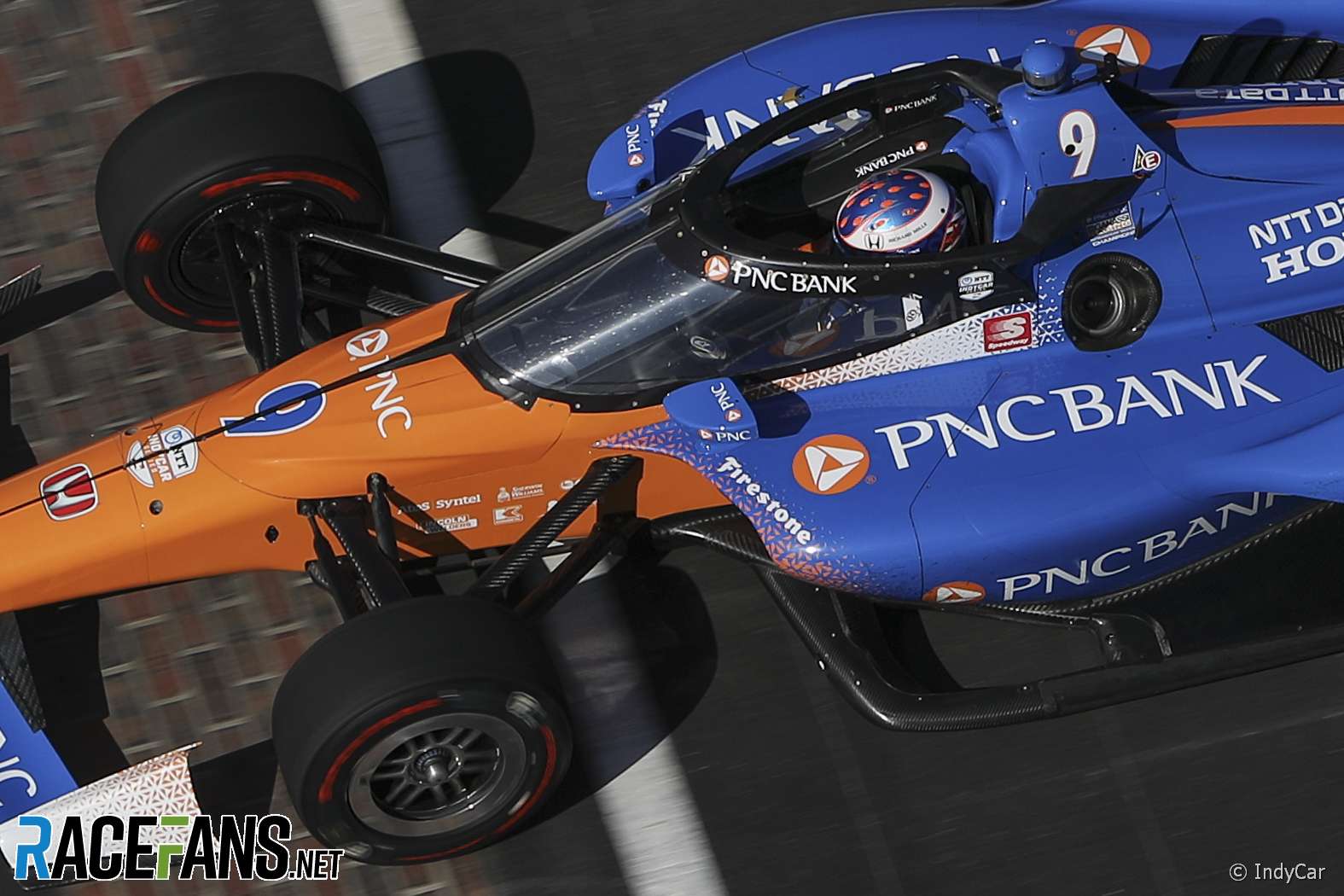 Wet weather conditions could pose visibility problems for IndyCar drivers when the championship introduces its new Aeroscreen next year.

The Red Bull Advanced Technologies-designed structure is similar to F1’s Halo but includes a screen in front of the driver.

As it is not possible to add a wiper to clear the screen, as on sports-prototype racing cars, the screen will be fitted with tear-offs similar to those already used on drivers’ crash helmets. However drivers will not be able to reach the tear-offs, meaning they will have to be removed during pit stops.

Scott Dixon, one of two drivers who tested the Aeroscreen earlier this year, said visibility could be a problem in some conditions with the Aeroscreen.

“I think the hardest situation would have been like maybe Detroit race one this year where it was misty, but they had re-ground the back straight, the concrete, so there was a lot of white dust. When that got on the visor it was a bit annoying.

“It’ll be interesting. We race with visors, you have tear-offs. It’s a similar kind of deal. We’ll just have to, I think, see where that one goes.”

Will Power, who joined Dixon in the test at Indianapolis Motor Speedway, added “some of the areas with tear-offs and stuff and where they seam in the middle will be sort of fixed kind of down the road, too, to make it even better”.

IndyCars do not race in wet conditions on ovals but do on road and street courses, which make up 12 of next year’s 17 races. The championship’s president Jay Frye said they are conducting a wet weather test before next year’s season begins on March 15th.

“We’ll look at that like we are trying to look at everything to go through the process,” he said. “Even Tim (Baughman) is here with the AMR Safety Team. There’s been talk about that. The Safety Team has been part of this entire process, too, so he’s done a great job advising and guiding us as we go through this process.”