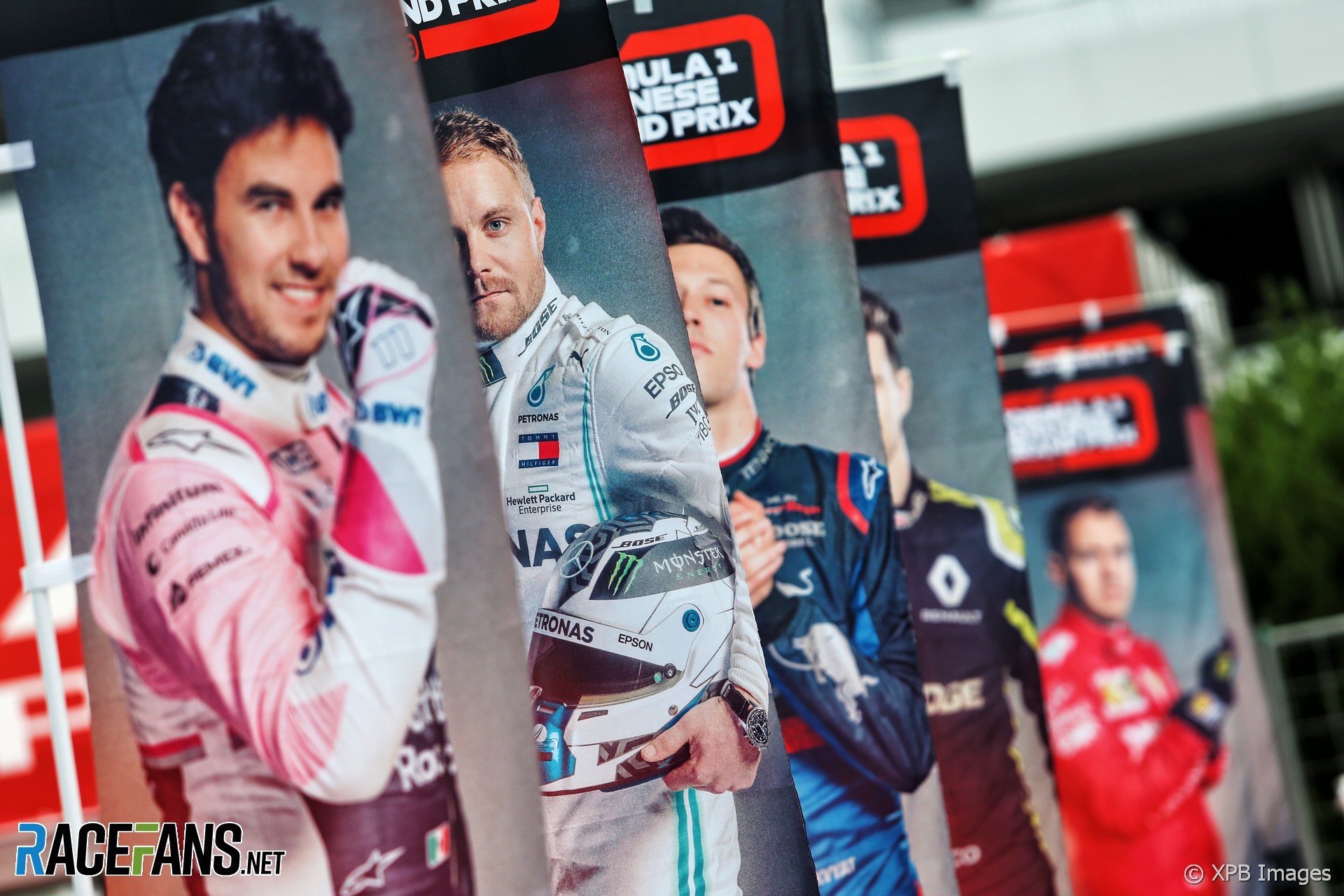 While Super Typhoon Hagibis rages, the Formula 1 field find themselves with some unexpected downtime. Here’s how some of them are planning to spend it.

Plans for a FIFA tournament are forming:

We’re probably going to play some FIFA, some PlayStation back in the hotel tomorrow. Watch the typhoon because I guess it’s going to be quite spectacular. So it’s gonna be an experience we’re all quite expectant you know seeing what’s going to happen. But at the same time we all wish nothing happens, everything and everyone stay safe and we can race on Sunday.
Carlos Sainz Jnr

The day’s going to be long. So they say the advice is to stay inside at the hotel so we’ll probably use the spa, PlayStation with Max, Lando, Carlos. I have mine as well so we might end up doing a competition. And yeah we’ll see but we’ll find something to entertain us.
Pierre Gasly

Well I’ve got my PlayStation here so I’ll for sure play a few games on that.

Of course no gaming party would be complete without the one person who turns up with a different system. Fortunately Romain Grosjean has a first-rate back-up plan:

I’ve got the Xbox ready to go. Also bought the Tyrrell six-wheeler as a small model to build.

I bought the glue, I went to the shop in Yokkaichi. They’ve got an amazing remote control car and I wanted to buy them but I don’t have the tools to build them. So I said I’m just going to go for the small plastic one, the Tyrrell six-wheeler, just going to glue, do it, I don’t have the paint unfortunately, but then put the stickers on it.

While the glue is setting off, play Xbox a little bit.
Romain Grosjean

The two Racing Point team mates have a similar plan.

There isn’t too much to do around here. So just hang out and watch some Netflix, I guess.
Lance Stroll

Netflix and chill. Not a lot to do!
Sergio Perez

While Antonio Giovinazzi will just do the ‘chill’ part:

I think I didn’t recover well on the jet lag so I will try to sleep.
Antonio Giovinazzi

The nearby bowling alley is a popular option too:

I’m not too sure. I think see what the other drivers are up to. Maybe, we have a bowling place by our hotel so I’m not sure but to be honest if the fans see us we’re going to get mobbed a bit.
Alexander Albon

Though there might be one more for that FIFA tournament:

I think maybe go bowling – there’s a bowling alley in the hotel. And relaxing. I really don’t know. Maybe some karaoke. Netflix. Some of the guys have got PlayStation – I know Sergio and Max have brought their PlayStation so try and hook up with them.

Lewis Hamilton fancies a spot of bowling too but he’s also hoping to get out of the area, which may prove difficult as the weather closes in:

We’re lucky, we have the day off. I’ll do some training. I’ll probably go back to Tokyo tonight. I love Tokyo so go back to Tokyo, have a nice time in Tokyo, good food. They’ve got great arcades back there as well.

So I might go and do that and then maybe come back tomorrow. Every Saturday I take the team bowling. I don’t know if that place is going to be open so we’ll wait and see.
Lewis Hamilton

He’s also hoping to raise awareness of a nearby animal rights protest:

So I might do that. But it depends, I don’t know how long it will take me to get there so. But that’s obviously not a great part of their heritage here, their culture. But otherwise it’s a beautiful place.
Lewis Hamilton

But few others are entertaining thoughts of venturing outside – Daniil Kvyat jokingly suggested he would spend the day playing golf. Sebastian Vettel is also sceptical about heading out:

I don’t think there’s much point going out with the forecast we have. So just going through some stuff and try to relax maybe flush the system a little bit, do some sports – indoors, obviously.
Sebastian Vettel

Not everyone is sure how they’re going to spend the day:

For sure we will do something. Enjoy Japan. Although a lot will depend on the weather.
Robert Kubica

But he isn’t the only one short of ideas:

I don’t know, find a bar or something I guess. What else do you do? I mean I heard like I guess Wi-Fi is gonna be down it’s just… millennials, we’re gonna struggle.
Daniel Ricciardo

Finally, at least one person is hoping to get some work done:

Honestly I still need to speak with a team [see] what’s the plan. We might have some meeting somewhere and so on. But need to make the most out of it, try to chill. Also try to learn and dig into the data as well.
Valtteri Bottas

37 comments on “Netflix binge, FIFA tourney, dolphin protest: How F1 drivers will spend their day off”