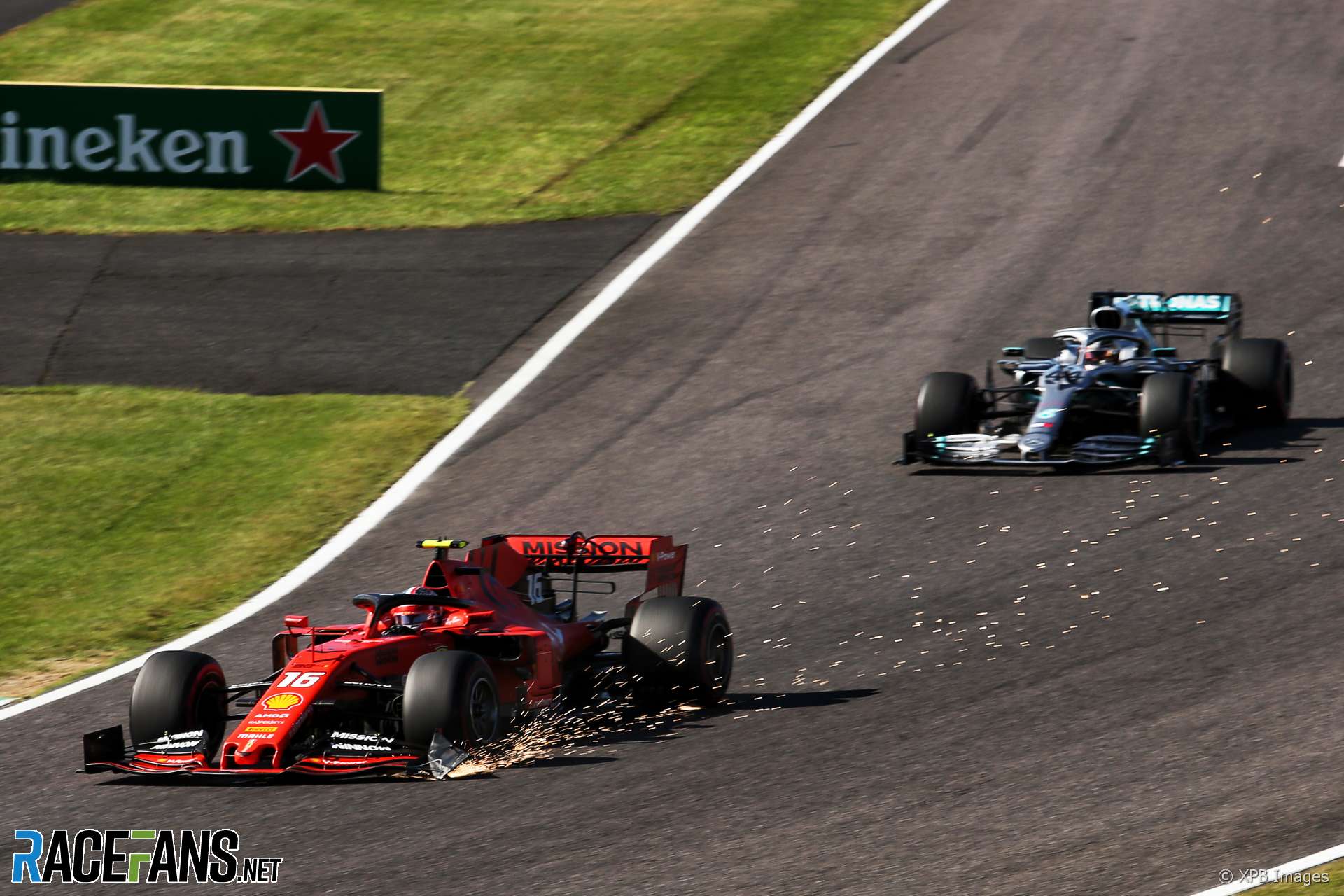 Charles Leclerc was not incorrectly given a more lenient penalty when Ferrari failed to bring his damaged car into the pits during the Japanese Grand Prix, the FIA has confirmed.

Following his first-lap collision with Max Verstappen, Leclerc passed the pit lane entrance twice while pieces of his Ferrari fell on the track. The stewards announced after the race Leclerc had “10 seconds added to [his] elapsed race time” for continuing to drive a car which was in an unsafe state.

However the official FIA document describing the decision said the penalty had been issued “in accordance with Article 38.3 (d) of the FIA Formula One Sporting Regulations.” This article stipulates a more severe penalty.

Article 38.9 (d) describes a “10 second stop‐and‐go time penalty”. If a driver is given this penalty after the race, as Leclerc was, they must have 30 seconds added to their race time instead of 10.

This prompted some reports to suggest Leclerc had been given the wrong penalty. However an FIA spokesperson confirmed to RaceFans the reference to “Article 38.3 (d)” in the stewards’ document is incorrect, and should have read “Article 38.3”.

Leclerc’s 10-second time penalty, in addition to his five-second time penalty for the collision with Verstappen, dropped him from sixth place to seventh in the final classification. If he’d received a 30-second penalty instead he would have dropped out of the points to 13th place.

The last driver to be penalised for driving a car in an unsafe condition was Nico Rosberg during the 2016 Austrian Grand Prix following a collision with Lewis Hamilton. Rosberg was given a reprimand.

However this incident occurred on the final lap of the race, and Rosberg did not miss multiple opportunities to pit as Leclerc did.

27 comments on “Leclerc was not given more lenient penalty by mistake, FIA confirms”