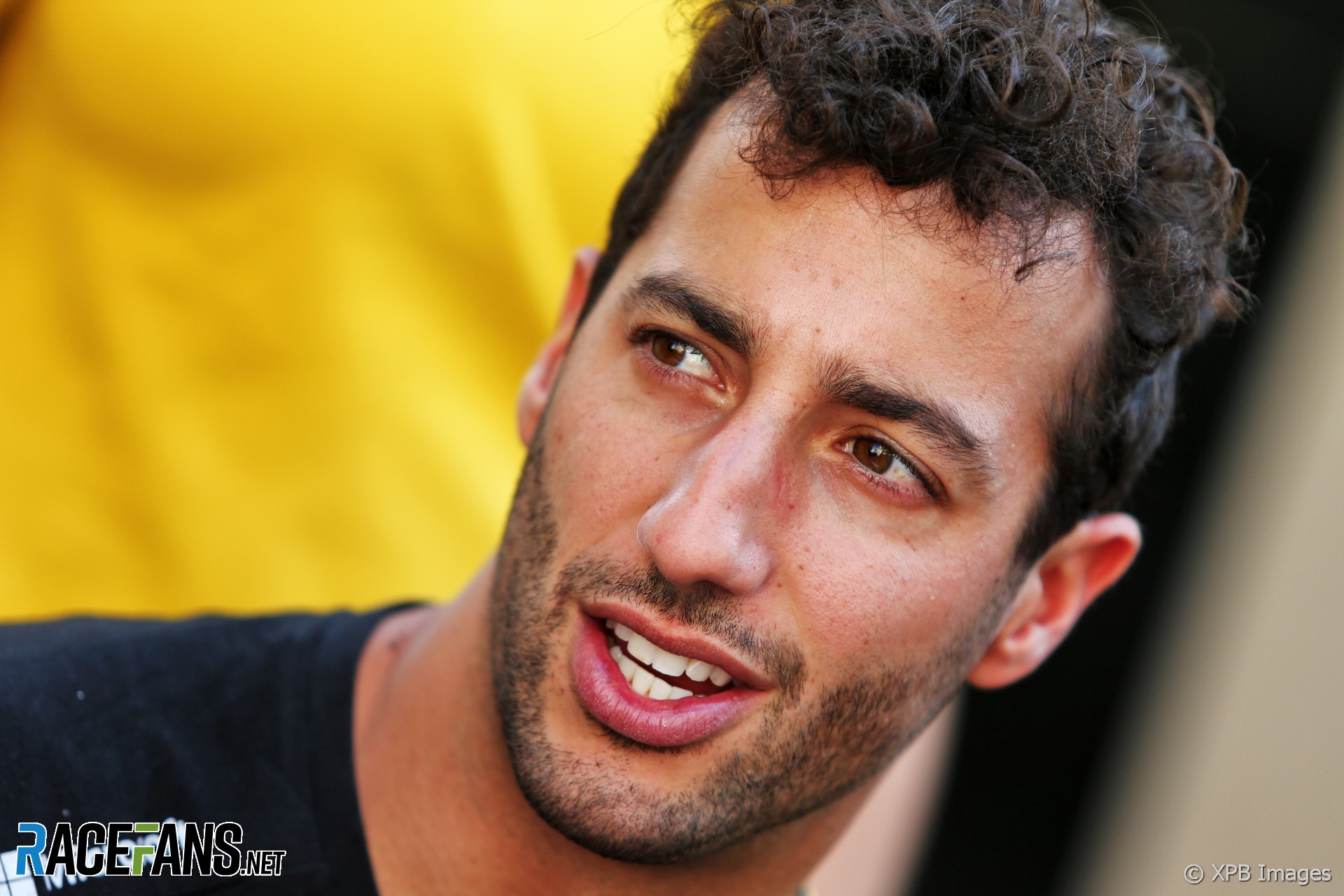 Daniel Ricciardo said he felt “okay” about his performance and results last season. But it’s clear the ex-Red Bull driver had hoped for more from his switch to Renault.

While the team reached its potential at some races, Ricciardo admitted they also spent too much time mired in the midfield.

“The high was kind of in-line – a top five, whatever, I knew was there,” he said. “But the lows, at times, we were like scratching our heads like ‘we shouldn’t be this far down’.

“We’re not going to be a top-five car maybe every race. But to be running 14th or something, we thought we were done with this. That was where there was a bit of head-scratching and the reality is we’ve still got a lot of work to.”

But he also believes stepping back into a less competitive car is a bigger challenge than moving up into a quicker one.

“Coming into a car with more grip is normally easier,” said Ricciardo. “Okay, there’s a bit more expectation, but you get in and it does more things that you want it to do. So in a way that’s easier than going from Red Bull back to here.

“I think how I adapted to that, I was quite happy. The first few races I wasn’t happy with myself, I expected more, but I think I developed well.”

Ricciardo comfortably asserted himself over Nico Hulkenberg as the team’s top qualifier. Towards the end of the season, Ricciardo was regularly able to get very close to his potential in qualifying. However the car’s pace over a single flying lap proved a weakness, particularly in the second half of the year.

Compounding the team’s variable performance, Ricciardo was hit by some technical problems – as was Hulkenberg. In Bahrain both were classified despite their cars stopping with power units problems late in the race.

Ricciardo also found life in the midfield more of a bruising experience and picked up damage in several races. However he feels one of those, at Spa was his best drive of the year.

“I got hit in turn one, we had a lot of floor damage and to be honest the car was quite scary to drive after that. We had a lot less downforce, so I was probably flat through Eau Rouge less than half a dozen times the whole race. So that gives you probably an idea of how scary it was through that.

“But I felt like I drove with some level of attention and some form of, I guess, inspiration that day. I was very happy with how I drove and I ended up being 14th or wherever we finished. On a personal level, that was one of my best drives I felt, ever.”

Ricciardo’s eventual championship position of ninth was his worst since 2013, when he was at Toro Rosso. But he says he “never actually got to the point where I was like, ‘what have I done’?”

“I think at the start of the year, after Bahrain, I was a bit down,” Ricciardo admitted. “Albeit it was only the second race of the year. But I was more down on kind of my performance in terms of It’s not that easy to come in and bring this car up.

“So I think the reality of me kind of reaching my potential in a car that was difficult, at times I was like, OK, this isn’t going to be as easy as I thought. But then a couple of weeks later, Shanghai, That was a good weekend. That was the ‘best of the rest’ kind of weekend. So it quickly turned around.”

He also felt the pressure from his new team mate. “After Bahrain, I didn’t get to a point where I regretted it or was questioning it, but [it was] more on myself like: Can I do this?

“And with Nico alongside me as well he’s experienced, he’s been in the midfield pack for a long time and I could already quite see that. I was like, ‘I can’t let him build too much confidence early because it’s just going to get harder for me’. So I was aware I had to figure it out quickly.”

Which is exactly what he did. At the end of the year Renault dispensed with Hulkenberg’s services, leaving Ricciardo as the established star alongside newcomer Esteban Ocon for the 2020 F1 season.