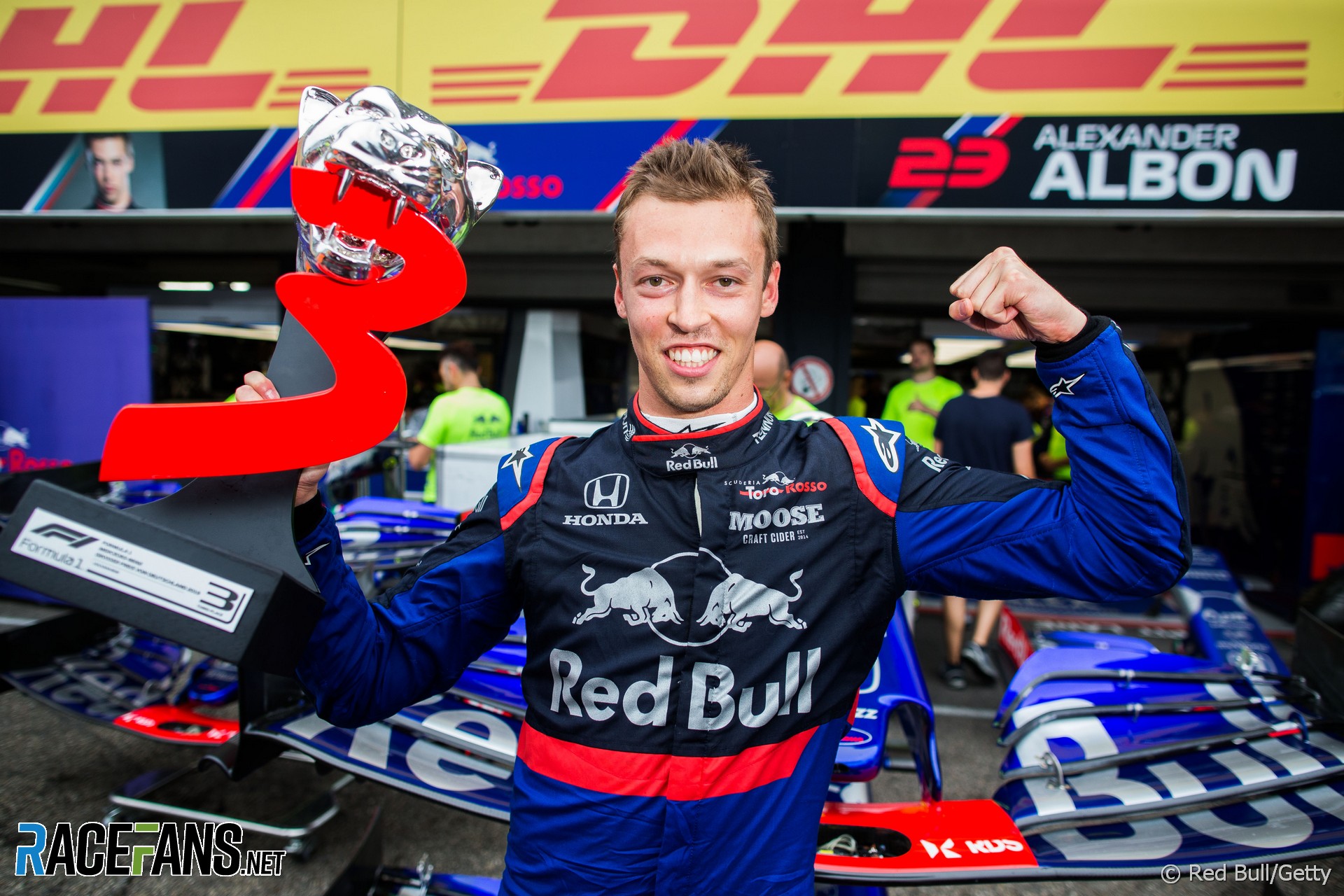 Is there any path for Daniil Kvyat which leads back to the Red Bull seat he lost almost four years ago?

Last year was a clear opportunity. At mid-season Red Bull again dispensed with one of its drivers – this time Pierre Gasly, but Kvyat was passed over for the drive in favour of his team mate Alexander Albon.

This was notwithstanding the fact Kvyat had recently scored third place for Toro Rosso in the German Grand Prix, which was only the team’s second podium finish in its history.

The way he tells it, Kvyat isn’t too bothered about being overlooked by Red Bull. Asked in Singapore whether he was disappointed to have missed out on a possible promotion he said “not really.”

But he did take satisfaction from his 2019 campaign, which he described as one of his best to date.

Kvyat’s qualifying performances fluctuated rather too much for someone whose first team mate was a total newcomer to F1, who was then replaced at mid-season by someone who hadn’t driven the Toro Rosso all year. He also found it hard to pull his best sector times together on his flying lap – something he only managed twice all year.

Although Kvyat mustered 10 points finishes over the course of the year, most of these came in the lower reaches of the points. The conspicuous exception was Hockenheim.

There Kvyat spent much of the rain-hit race running behind team mate Albon. However when the track finally began to dry in the latter stages he spied his opportunity and switched to slicks, jumping ahead of those who were more conservatively-minded. He then took second off Lance Stroll, another driver who’d made the same gamble, but couldn’t stop Sebastian Vettel’s Ferrari taking it from him. He nearly got the place back on the final lap, however.

There were a handful of missed opportunities which were out of his control. Notably at Monza, where a fine effort went unrewarded when he suffered a power unit problem, and his home race at Sochi, which was ruined by more Honda trouble.

“I think the team has always performed very well,” Kvyat reflected. “Since the beginning of the year it was quite consistently in the points and always taking the opportunities quite well. With strategy, taking the points which weren’t even there, to still get them was very crucial sometimes.”

Kvyat’s departure from Red Bull followed a few unfortunate high-profile incidents. He caused a few too many collisions last season as well, leading to a series of penalties in China, Mexico and the USA, which he invariably disagreed with. Two of those cost him further points finishes.

Taken as a whole, Kvyat was out-scored over the course of 2019 by the two different drivers who occupied the second Toro Rosso. He finds himself in a kind of awkward middle ground: a Red Bull promotion passed him by, but he has become the longest-serving driver of their “kindergarten” squad.

This can partly be put down to hope on Red Bull’s part that Albon might turn out to be another Max Verstappen, partly down to there being no F1-grade youngsters in the Junior Team ready to take Kvyat’s place, and partly down to Kvyat continuing to show just enough potential to keep them interested.

“I feel very satisfied, to be honest,” he said during a press conference late last year. “I would put it in line with one of my best years in F1 so I’m pretty happy.”

Late in the season another opportunity to break free of the midfield and score a big result passed him by. But about this, too, Kvyat was quite phlegmatic.

“Some races go your way, some races don’t go your way, but this is how our midfield works. It’s very tight and some small mistake can cost you some opportunities like myself in Brazil for example. I definitely lost a very big opportunity there which luckily Pierre, for the team, managed to take.

“But these are the parts of our sport that we all know. I think this year I have been a lot more better driver than my last years in F1.”