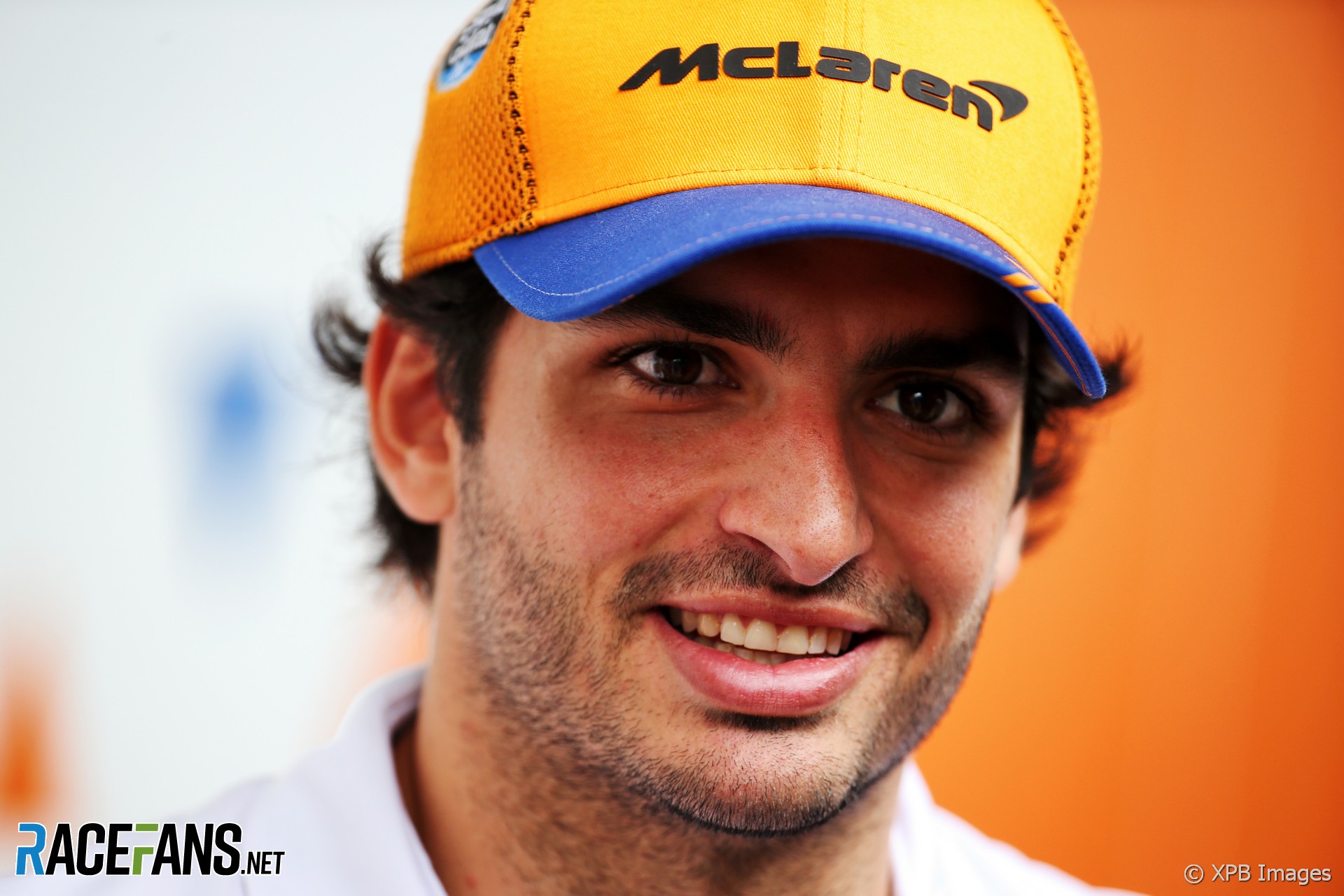 Carlos Sainz Jnr enjoyed a tremendous 2019 season, and snatched an unlikely career-best of sixth in the drivers’ championship.

He did it by wielding what was probably McLaren’s best car since the V6 hybrid turbo era began, rising above its occasional technical glitches, and out-pacing a highly-tipped young team mate. Sainz also capitalised on a mid-season driver swap at Red Bull – the team which should perhaps have taken a more serious look at his potential before letting him slip through their fingers.

Sainz and Lando Norris were very closely matched in qualifying over the season. But on race day Sainz’s greater experience told, and his consistent points-scoring meant that by the end of the season he had almost twice his team mate’s tally.

By RaceFans’ count – which excludes occasions where a driver failed to set a time – Sainz and Norris ended the year tied 10-10 in qualifying. If Sainz’s inability to set a time in the Brazilian Grand Prix is counted against him then Norris emerges as a narrow winner.

Sainz was quick to praise Norris, whose qualifying performances were often a strength in his junior career. “For my side it’s not frustrating,” said Sainz. “Actually I think it’s great news for a team to have a guy that pushes you all the way through the year.

“Lando has done a great job in qualifying this year. He’s been very quick at every point during the season.”

The lap time difference matters more, Sainz argued, and by the second half of the season he had a clear upper hand here.

“I think you guys look a bit too deep into these numbers because there’s always two or three qualifying [sessions] a year where someone is unlucky, you don’t even take part in qualifying because you have an engine penalty.

“So honestly, these 21 races, there’s so many things that happen I think you guys give this battle a big hype and sometimes you don’t even take part in three qualifying [sessions] and you put it as three-zero for someone. You try and hype it up. What is important is that Lando and I have been within a tenth or within a couple of times with each other. And I think that makes [team principal] Andreas Seidl here happy.”

McLaren steadily built on their performance during the year, and by the latter stages of the season the orange cars were even spotted in among the front runners at the start of races. They didn’t have the pace to stay with them, however, and beating their closer midfield rivals was always the priority.

Sainz said that reflected the car’s slight weakness in race performance compared to over a single flying lap in qualifying.

“I am super happy to overtake [the front runners] and give them a bit of a run, but then I’m obviously also frustrated to not be able to hold on to them for very long,” he said.

“That’s why I say that also in qualifying we are eight tenths, one second [away]. In race pace that translates into a bit worse tyres management, a bit worse feeling with the car and that gap probably increases.

“It just shows that we need to keep working in this direction and keep making the car stronger mainly also for a for race pace, because that’s what’s going to allow us to hold onto them.”

Sainz regularly capitalised on his top 10 qualifying positions to deliver the points finishes which were available. And on two notable occasions – Austria and Brazil – he recovered superbly from technical problems in qualifying to score some of his best results of the year. In Brazil, aided by Lewis Hamilton’s penalty, he took a superb third place, his best result to date and McLaren’s first top-three finish for five years.

Sainz was the driver to beat in the midfield this year, and showed every sign of being able to start troubling the ‘big three’ teams if McLaren’s new car is quick enough. While many saw it as a breakthrough season for him, he believes he’s shown similar potential earlier in his career.

“This year there’s been plenty of good performances,” he said. “Good starts, good first laps, good qualifying laps. I would pick a lot of this year. But there’s also been other years where I’ve performed at my best.”