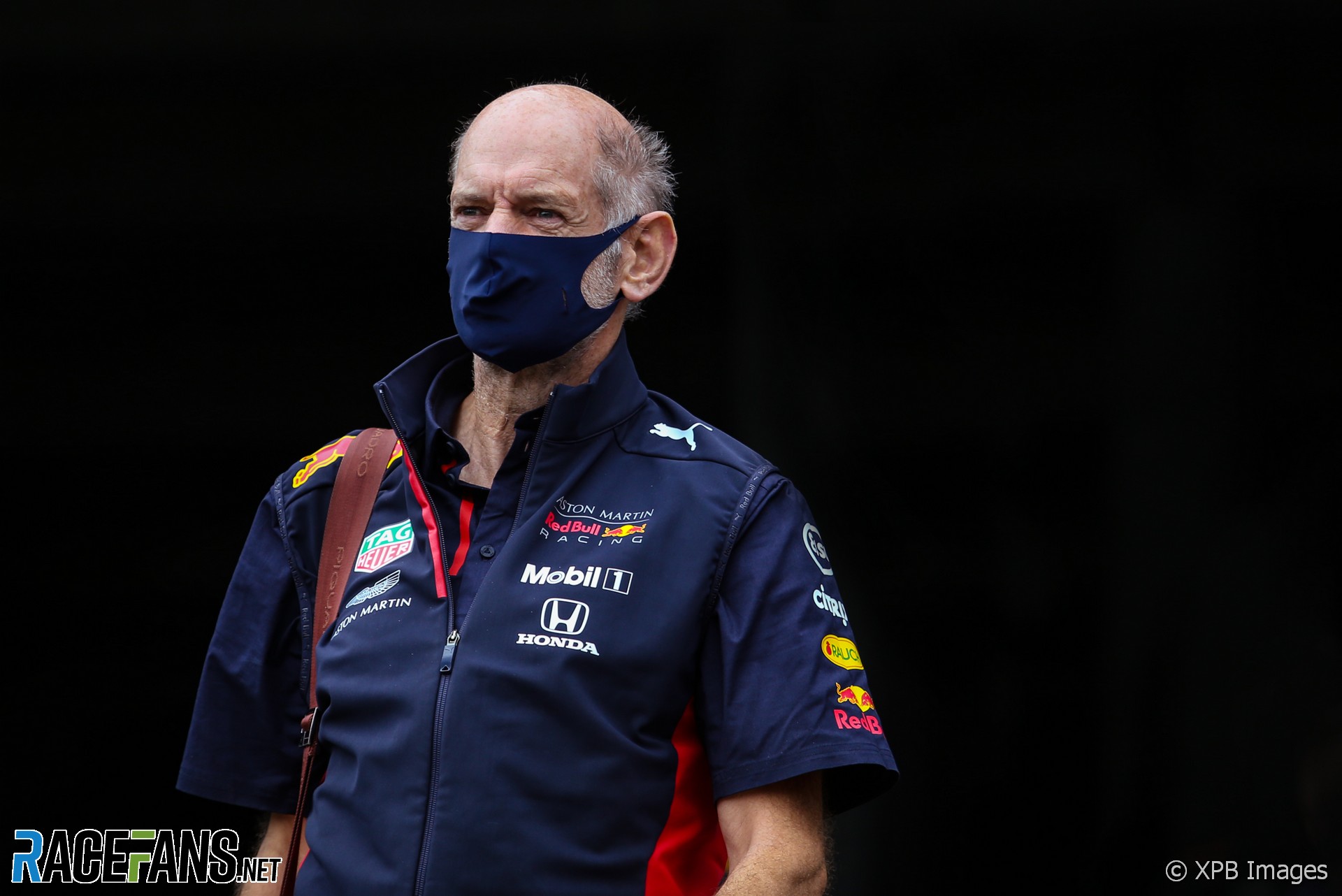 Red Bull chief technical officer Adrian Newey has switched his focus back to their Formula 1 programme following his work on the Valkyrie hypercar it developed with Aston Martin.

The collaboration between the Formula 1 team and its title sponsor will come to an end this year as Aston Martin will brand Racing Point’s F1 team from 2021.

Speaking to RaceFans in an exclusive interview, Horner said that means Newey is “now focussed on Formula 1.”

“Obviously the last three or four years he’s been very much involved in the Valkyrie project. And [it was] during a period where he didn’t enjoy Formula 1 quite as much because he with the power unit we had at the time, we couldn’t compete.

“Now obviously he sees that we’re in a much more competitive position. So I think he’s enjoying what he’s doing, he’s motivated. It keeps him young. And he’s still got a huge work rate which keeps the young guys on their toes.”

“As Adrian over the last couple of years has stepped back with the Valkyrie project we’ve brought in and strengthened the technical group with the likes of Pierre Wache and so on. And the team has continued to win during that period. The team will always be obviously stronger with Adrian in it and focussed on Formula 1.”

As with their other front-running rivals, Red Bull will face the challenge of resizing its team to fit the constraints of the new budget cap for the 2021 F1 season.

“We’re going through that evaluation at the moment,” said Horner. “What is the exact impact of each of the cap? We’re doing quite a lot of analysis, obviously, into that.

“But our strength is our people. You have to look at all aspects of the business but the thing that you all want to protect the most is your people.”

Horner admitted Red Bull is in the “luxurious position with two grand prix teams owned 100% by one owner”, meaning some staff could have the opportunity to relocate from Red Bull to AlphaTauri, which is also partly based in the UK.

“If there is any reshaping that needs to happen, then we have the ability to look at that option, obviously, as well. But our target and my target is to ensure that we have as minimal disruption from this as as possible.”

Horner has run Red Bull’s Formula 1 team since it arrived in the sport in 2005. Following yesterday’s announcement that Sir Frank Williams will relinquish his position in charge of his team after this weekend’s Italian Grand Prix, Horner is poised to become the longest-running team principal in Formula 1 today.

But he does not see himself leaving his role in the near future. “I’m still relatively young,” said Horner. “I’m 46 years of age.

“I’ve never looked at, you know, I never look too far down the road. I’ve been here 15, 16 years. It’s gone like that. It’s gone incredibly quickly.”