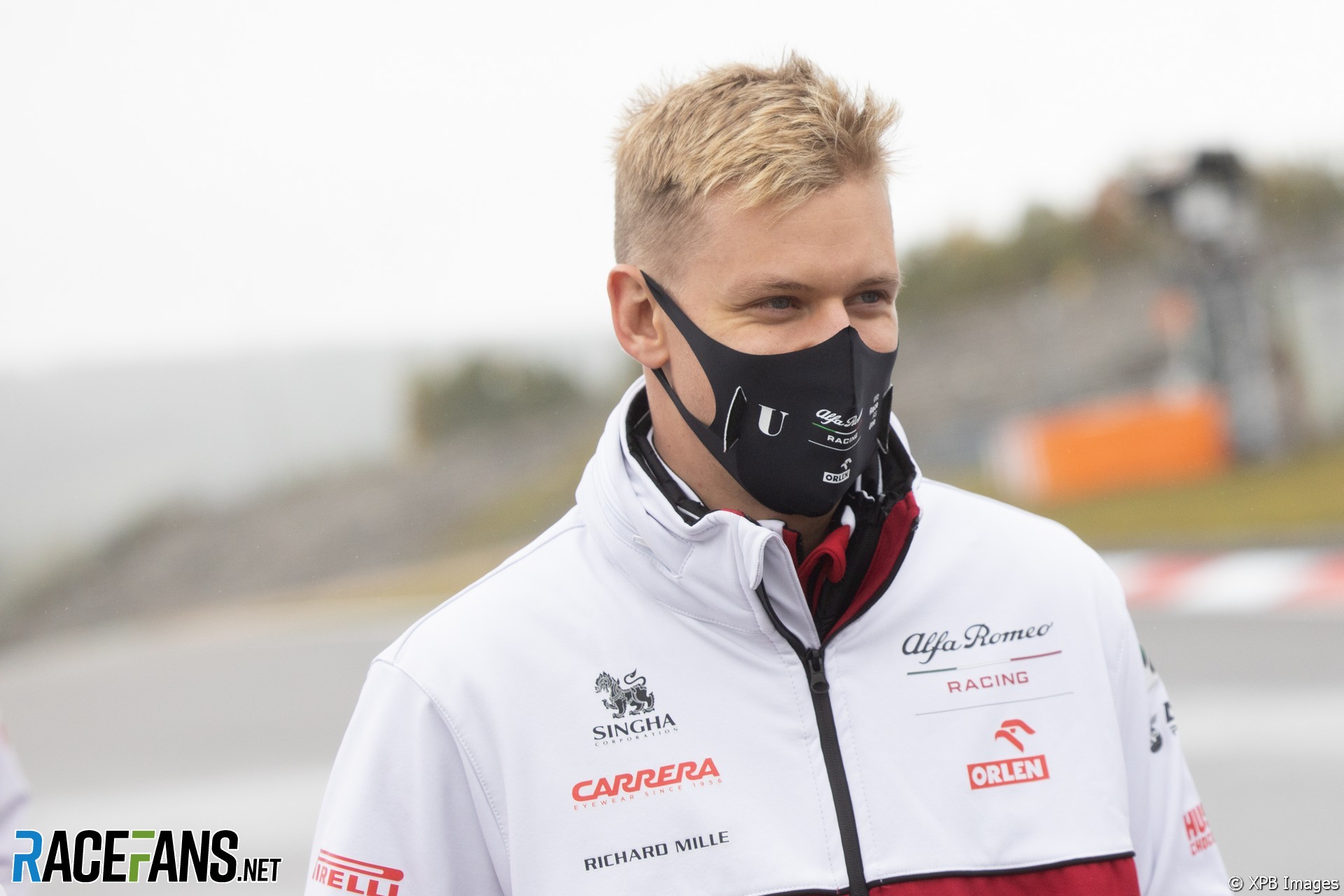 Ferrari’s current driver line-up believes Mick Schumacher has shown he deserve a promotion to Formula 1 in the future.

Meanwhile Kimi Raikkonen, who will be Schumacher’s team mate when he makes his debut in the first practice session tomorrow, said the 21-year-old reminds him of his seven-times championship-winning father.

“He’s a copy of his father in many ways, and it’s great to see him. I think it’s nice that he’ll be in the car tomorrow.”

With cold and possibly wet conditions expected this weekend, Raikkonen said he hoped the weather would be good enough for ‘normal running’ for Schumacher, who will take over Antonio Giovinazzi’s car.

“Obviously it’s sad for Antonio,” said Raikkonen, “but it’s FP1 and hopefully the weather can be kind of OK so we’ll get the normal running. If it’s just miserable like today then it’s not gonna be that much fun, but I think it’s great to see him doing his first FP1.”

Schumacher has previously driven for Ferrari during last year’s in-season test, in Bahrain and drove his father’s F2004 at Hockenheim last year, during a demonstration run but has never participated in a race weekend session before.

Current Ferrari driver Charles Leclerc, the only Ferrari driver Academy member to be promoted to the Scuderia, feels Schumacher has little to prove in his first official F1 appearance.

“Looking at the conditions of this weekend, it’s probably not the easiest of the debuts. But speaking to him, I think every time he tried a Formula 1 car or a new car, it was always in the rain. So it won’t change much for him.”

Leclerc said Schumacher’s record in the Formula 2 championship, which he currently leads by 22 points, had already shown he was good enough to make the step to F1:

“It is going to be a tricky session, but he doesn’t have to prove anything. I think he has proved everything he had to in Formula 2 this season. And I’m sure he will do a great job tomorrow.”

Sebastian Vettel is also convinced Schumacher is ready for a promotion to Formula 1.

“I think he deserves his shot this weekend. Hopefully we’ll see him not not only tomorrow, but another Friday this year and then hopefully in the car and the races next year.”

“He’s having a great season,” Vettel added. “He’s leading the Formula 2 championship and I hope he can seal a seat for next year. I think he’s a great kid”