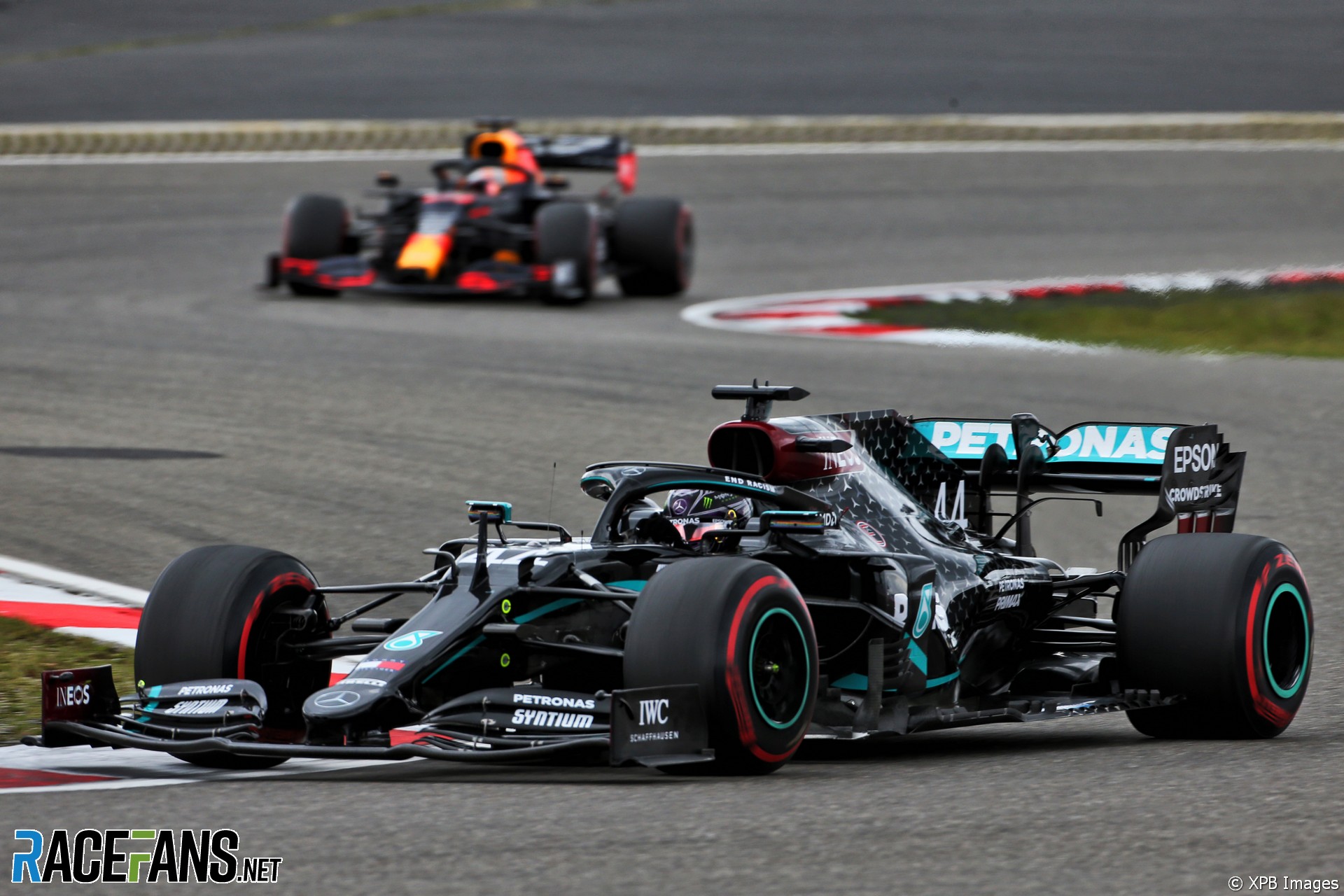 Mercedes chief strategist James Vowles says the team relied on its unique Dual Axis Steering system “more than ever” during the Eifel Grand Prix to optimise its tyre performance in the cold conditions.

The device, known as DAS, proved especially useful in the Safety Car restart at the end of the race, when Hamilton used it to bring his front tyres up to the correct temperature and pull away from the field quickly.

DAS allows the driver to adjust the toe angle of the front tyres by moving the steering wheel backwards or forwards. Despite controversy at pre-season Barcelona testing earlier this year, it was ruled permissible for 2020. No other team is known to have produced a duplicate of the device, which will be outlawed at the end of the season.

Vowles said that Mercedes used DAS “more than ever” at the Nurburgring, “in free practice, on single lap work, in qualifying but also during the race.”

Both Hamilton and Red Bull’s Max Verstappen complained their tyres were getting very cold during the Safety Car period at the end of the race.

“In terms of where we used it in the race it was on the formation lap, but also when we were behind the Safety Car,” said Vowles. “We had a number of laps circulating on tyres that were just getting colder and colder.

“I think it is fair to say DAS was a contributing factor to why our restart was so good and it really came into its own this weekend.”

“Because the Safety Car waited so long for the field to catch up and was going so slowly, the tyre temperature was a big issue,” said Horner.

“I think the Mercedes with their DAS system are able to handle that perhaps better than we were, so the restart was a little tricky.”