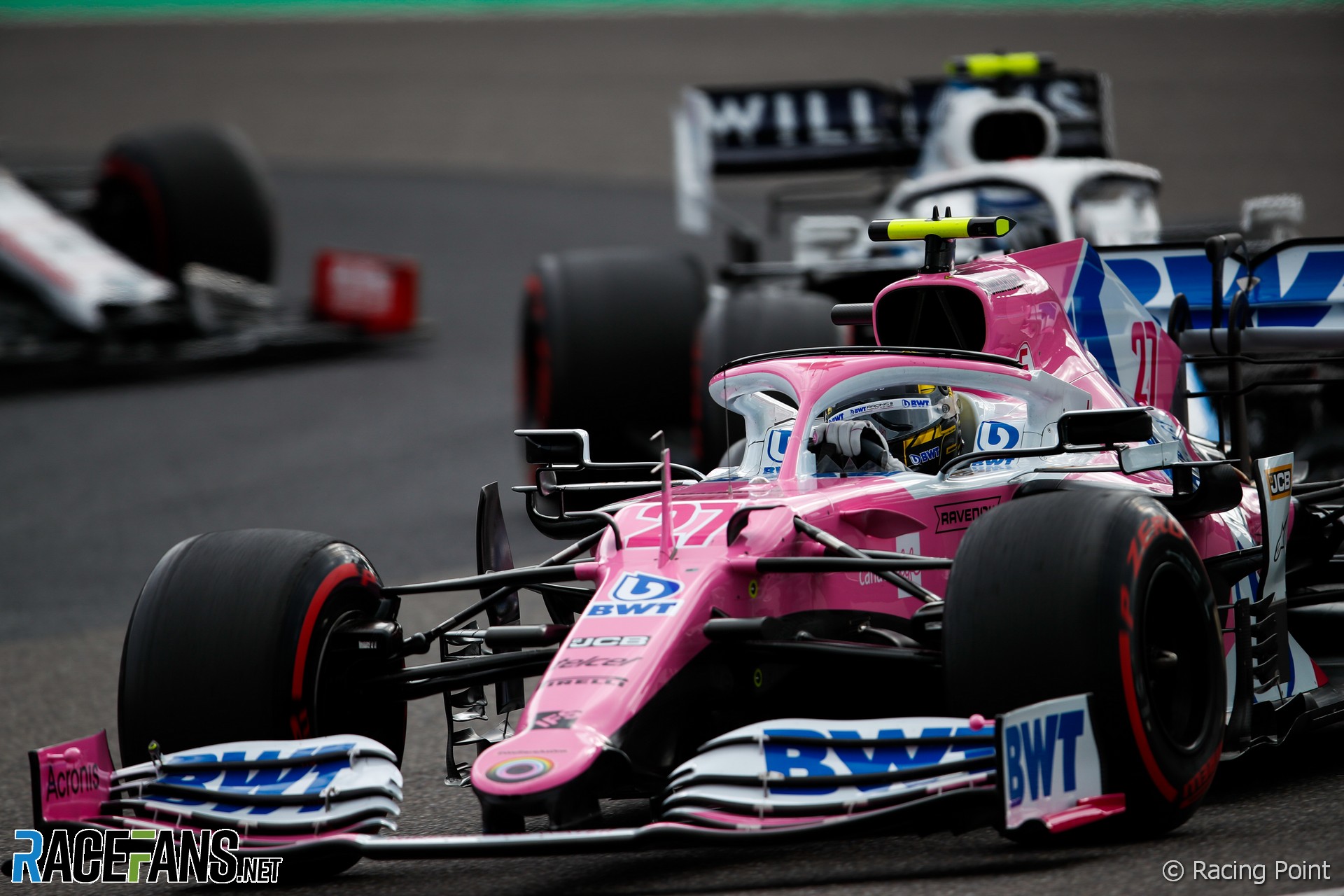 Not since Paul di Resta substituted for Felipe Massa at the Hungaroring three years ago has a driver jumped into a car in as short notice as Hulkenberg did. Back in a heavily updated version of the car he last drove in August, he was pretty much up to pace by the end of qualifying, and played his way in smartly during the race.

Hulkenberg picked up three places at the start, made a few passes in his first stint, and continued his progress over the final laps to come home a fine eighth. Yes, team mate Perez qualified and finished ahead of him, but given Hulkenberg’s considerable disadvantage he deserves special mention.

Daniel Ricciardo has been threatening to put his Renault on the podium all year, and at the Nurburgring the stars finally aligned for him. With Valtteri Bottas retiring and Alexander Albon persistently failing to wring the best from the Red Bull, third was the best on offer for the Renault, and he took it.

Having got past Albon at the start, Ricciardo found a way around Leclerc in the first stint, and was able to take advantage of the Virtual Safety Car to cement his advantage. The later Safety Car period deprived us of seeing a more interesting fight between Ricciardo and Sergio Perez, and the Renault driver held off his rapid rival to the flag.

Haas need days like last Sunday to score points and Romain Grosjean made sure he was at the front of the queue of Ferrari customers – plus, again, Vettel’s works car – to bag points for ninth. He did this despite dropping to the back of the field in a hectic first lap and hurting his hand when he was sprayed with gravel.

Pitting just once, running a 32-lap second stint on hards lifted him into the points positions, and though he couldn’t keep the faster Pierre Gasly and Nico Hulkenberg behind he held on for ninth.

This wasn’t Antonio Giovinazzi’s best result of the year but it was surely his best performance, nabbing his first point since the season-opener. He did it thanks to making his first visit to Q2 in 2020, then making a great start which vaulted him to 11th, and spending much of the race keeping Vettel behind.

The first of two familiar faces in the ‘strugglers’ section. Vettel was left behind by his team mate in qualifying, failing to make the cut for Q3 as he couldn’t make his tyres work in the first sector. That at least conferred on him the advantage of starting the race on a new set of tyres, but after losing out to a fast-starting Antonio Giovinazzi he spun that advantage away. He picked up a place from Kevin Magnussen after the restart but Vettel had precious little to celebrate last weekend.

Another driver whose desperately tough season yielded little sign of improvement in Germany. The gap between Albon and Max Verstappen in qualifying was almost half a second – about as good as it’s been all year.

He snatched a brake at the start of the race, badly flat-spotting a wheel and forcing an early pit stop. Albon passed Daniil Kvyat soon after rejoining, but carelessly chopped the AlphaTauri as he rejoined the racing line, leaving his rival with damage. That led to a time penalty which would have further compromised his race, but Red Bull decided to retire him when they noticed his engine temperatures rising rapidly after a stone pierced a radiator.

Those who peddle the fiction that Lewis Hamilton has amassed a record-equalling 91 wins by cruising around at the front ahead of an unthreatening team mate should take note of the fact Bottas comfortably out-qualified him last weekend, yet Hamilton turned the tables through his characteristically dogged pursuit of victory, pouncing on the first mistake Bottas made. That plus the VSC did for Bottas’s chances in the race, and his power unit problem all-but killed off the last of his title hopes too.

Max Verstappen could have split the Mercedes drivers had he repeated his Q2 time in Q3. He wasn’t quick enough on the medium tyres to be a serious threat, but was almost within range on the softs.

Perez rose from ninth to fourth, as Lando Norris’s retirement depriving us of a potential fight between the two. Carlos Sainz Jnr used McLaren’s upgrade and, like Norris before him, found it made the car a bit more of a handful, coming in fifth.

Gasly nabbed sixth off Leclerc – who as usual was the better of the Ferrari drivers – and moved within four points of the absent Lance Stroll. His team mate Kvyat’s race was ruined by Albon.

Although he was out-qualified by Giovinazzi, Kimi Raikkonen’s race pace in the Alfa Romeo was good. However he ruined his record-breaking 323rd race start with what can only be described a rookie error, thumping into George Russell’s Williams while running last. That ended a race which was certainly not a nailed-on points-scoring run for the Williams driver, but certainly a missed opportunity.

Nicholas Latifi had only Kvyat’s damaged AlphaTauri behind him at the flag. He followed Kevin Magnussen home, as the Haas driver lost places on worn tyres after the final restart.