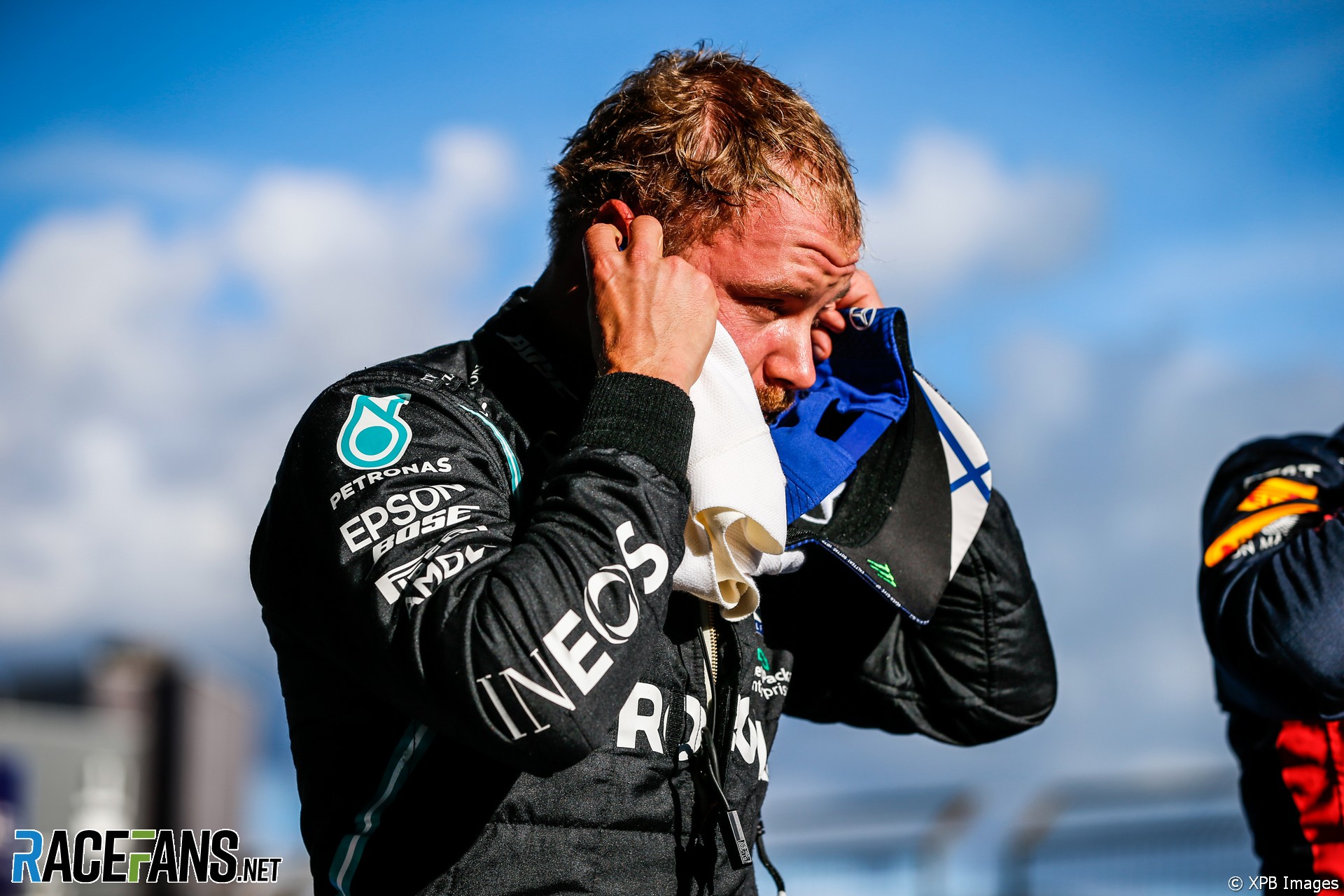 Valtteri Bottas says there’s “no chance” he will give up in the championship fight, but admits he “needs a miracle” after posting his second point-less result of the year at the Nurburgring.

It was the first race-ending technical failure for a Mercedes since Bottas retired from the Brazilian Grand Prix last year. Bottas also failed to score in the British Grand Prix after suffering a puncture late in the race.

“The engine thing, I couldn’t believe it,” he said on Sunday at the Nurburgring.

“So now I understand the gap to Lewis is pretty big in terms of points, so I would definitely would need a miracle. But as always, there’s no point to give up, I need to keep the bar high for me and keep trying.”

He said that a race-by-race approach was the best mindset to approach the remaining third of the season, rather than worrying about the points gap to his team mate.

“There’s no point now to non-stop calculating the points, because it’s a pretty big gap, so I really need to take it race by race and always hit the target for each weekend and do everything I can for that.

“The mindset for me not to give up, it’s built in me. So there’s no chance we will give up. And then obviously in a couple of months [we’ll be] a lot wiser how the season went overall.”

Bottas led the early stages of Sunday’s race, but fell behind his team mate after running wide at turn one.

“It’s disappointing, of course, very, very disappointing and one of these things that you can’t do anything for,” he said.

“Obviously I did have the lock up, but I think I still had all the chance for the win, because that made me commit to a two-stop quite early and I think that eventually was the best strategy. So I knew that there was all to play for, even after that lock up on the drizzle.”