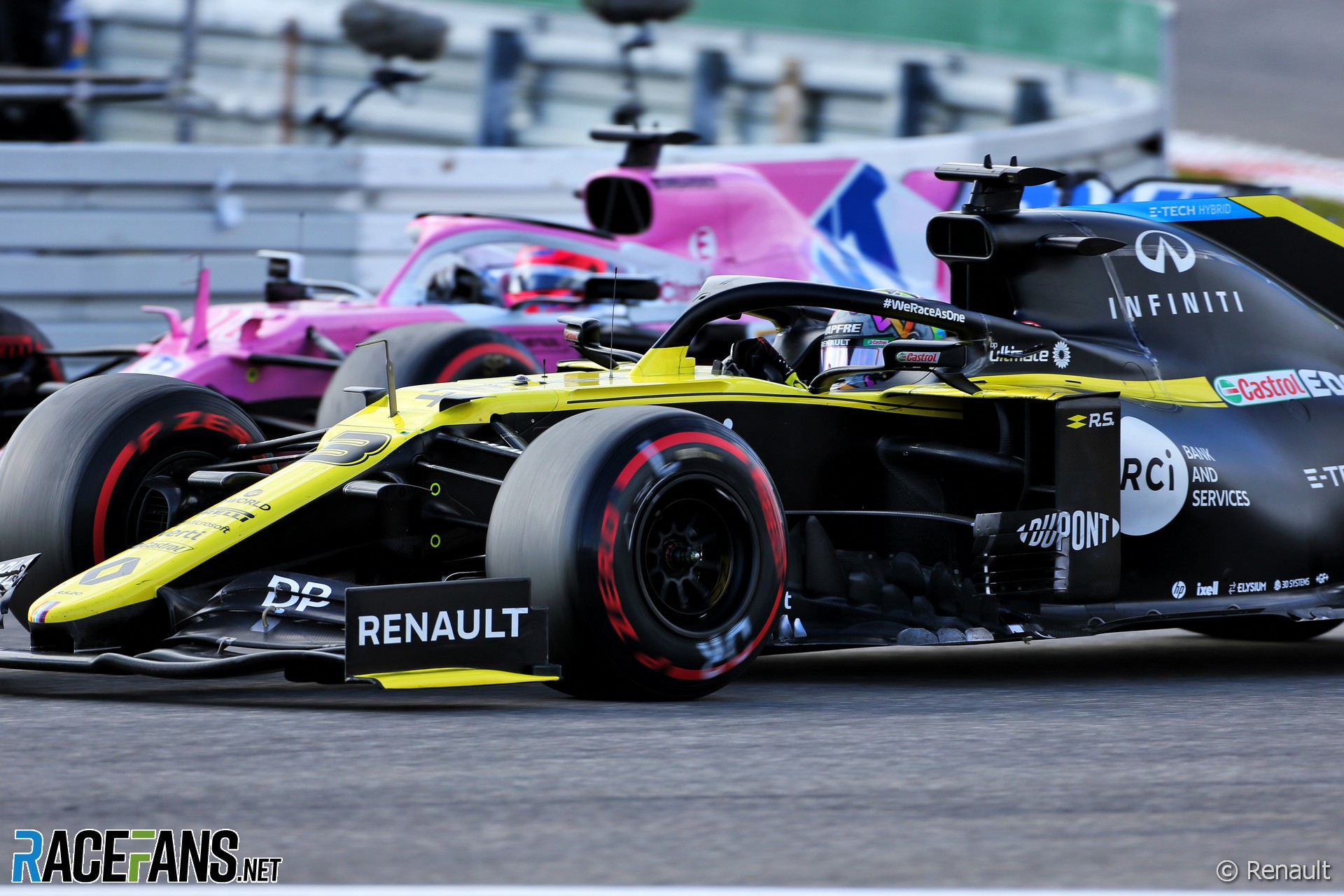 Renault’s sporting director Alan Permane says the team are no longer worried about their potential performance at any upcoming circuits after success at the Nurburgring last weekend.

Just six points cover third-placed Racing Point, McLaren in fourth and Renault behind them in the constructors’ championship. Speaking after the Eifel Grand Prix, Permane said he is confident Renault have the pace to beat their rivals.

“I think we’ve got the qualifying and the race pace on both those guys. But it won’t be easy to maintain it.”

Permane said Renault were “particularly happy about doing well” at the Nurburgring. “The last two tracks that had this sort of downforce level were Barcelona and Hungary, and we didn’t fare very well at either of those.

“So we were a little bit apprehensive coming here. But [we’re] happy that the improvements that we’ve made to the car since we’ve been at those tracks have worked, have carried through into the into this higher downforce level.”

Renault has nothing to fear from the circuits on the remaining calendar, says Permane.

“I don’t think we’re scared of anywhere, honestly, now,” he said. “I think if you look at since Spa, since this last sequence of races, we scored very well at all of those.”

“Someone said to me before we got here, we were only second to Mercedes in terms of point scoring in these last four or five races,” he added. “So, definitely, the momentum is with us.”

Daniel Ricciardo finished third at the Eifel Grand Prix, giving the team its first podium since returning to F1 as a factory outfit in 2016. Permane pointed out Ricciardo’s new team mate Esteban Ocon is also beginning to match his team mate’s performances.

“It’s a bit of a milestone, the podium. I think more than what we’ve now got is consistency in the car and pace at all circuits.

“If you look at our qualifying, I think Esteban was half a tenth of Daniel. Which, again, is great. He’s really getting to grips with the car now as well. So it does bode well for us.”

The Nurburgring was the first in a series of new or unfamiliar venues F1 will visit between now and the end of the season. “I don’t see anything on those tracks that looks particularly scary,” said Permane.

“Portimao, again, is a high-downforce track, similar levels to here. It looks like Imola will be a little bit lower, which may well suit us even more honestly. I think that’s the reason it suited us here and there’s no reason it won’t suit us again in Imola.”

16 comments on “Renault “not scared of anywhere” in remaining races”