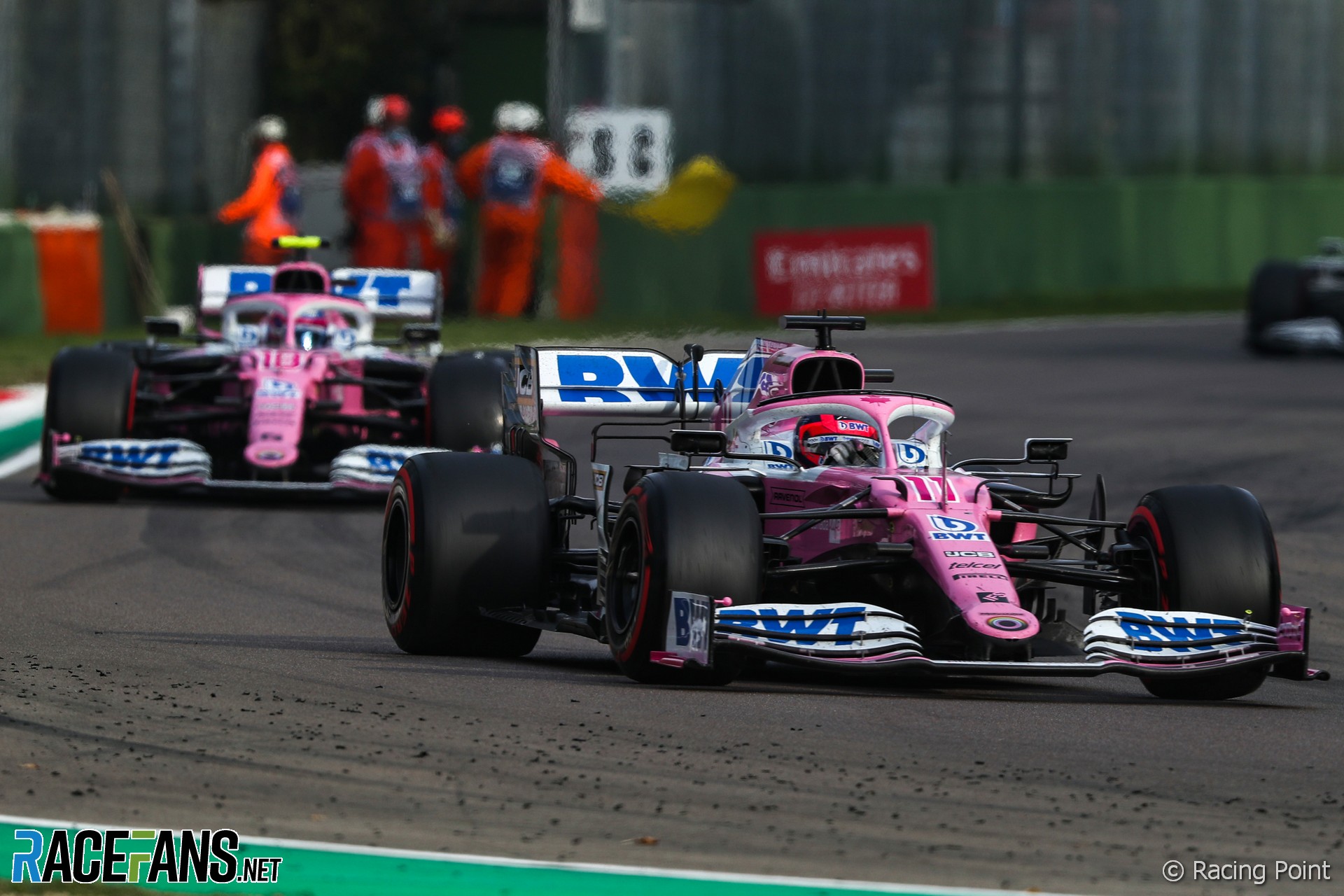 In little more than a year, Racing Point went from signing a new, three-season contract with Sergio Perez to tearing the deal up to make way for Sebastian Vettel.

Did Perez get shown up in his second season alongside a comparatively inexperienced younger team mate? Not a bit of it; if anything, that description applies far better to driver he is being replaced with.

For the sixth year in a row, Perez was the top scorer of the two drivers at Racing Point (formerly Force India). This was despite the fact he missed two races early in the season after testing positive for Covid-19. Lance Stroll also had to sit a race out for the same reason, and may have taken a harder hit from the virus than his team mate, as he was not on top form in the races which immediately followed his return.

Stroll, however, put a star turn in at Istanbul Park, where he took pole position and led much of the race. Perez might well have beaten him on the drying track in Q3, but was held up behind Antonio Giovinazzi on his final run. Stroll led much of the race until his pace dropped off, which the team said was caused by damage to his front wing, forcing an extra pit stop.

This was one of few occasions when Stroll out-qualified Perez. Having lost 18-2 to his team mate last year, Perez’s margin was 10-4 in 2020. Most worryingly for Stroll, the lap time gap between them widened over the course of the season. This counterintuitive performance was curiously reminiscent of his first season in Formula 1, where over the final races Felipe Massa was substantially quicker than him in qualifying at the end of the year.

In other respects Stroll was closer to Perez’s pace, and even spent the majority of racing laps as the team’s leading car. Istanbul wasn’t the only occasion when Perez moved ahead of his team mate while rebounding from a setback in qualifying.

It says a lot about how disrupted Racing Point’s season was that only eight times in 17 races did Perez and Stroll both reach the chequered flag. They were tied 4-4 in terms of who was classified ahead, though this flatters Stroll somewhat as he took the chequered flag behind Perez in Spain, but befitted from his team mate’s post-race penalty. Perez could also point to the Italian Grand Prix as a race which swung the balance in Stroll’s favour, thanks to the timing of the red flag.

While Racing Point’s decisions on its driver line-up are clearly influenced by family ties, at no point did they issue team orders which advantaged Stroll over Perez. Nonetheless for the second time in three years this team has shown the door to the driver who was their top qualifier over the course of the season. In 2018 Esteban Ocon, who beat Perez 16-5, was ousted to make way for Stroll after his father Lawrence bought the team.

Now the same has happened to Perez. Racing Point built the third-quickest car this year, yet placed fourth in the championship. How can they hope to reverse that situation if they keep getting rid of their quickest driver?

Positive gap: Lance Stroll was ahead; Negative gap: Sergio Perez was ahead

If you've enjoyed RaceFans' motor sport coverage during 2020, please take a moment to find out more about our Supporter Drive.

We're aiming to welcome 3,000 new Supporters to help fund RaceFans so we can continue to produce quality, original, independent motorsport coverage. Here's what we're asking for and why - and how you can sign up: