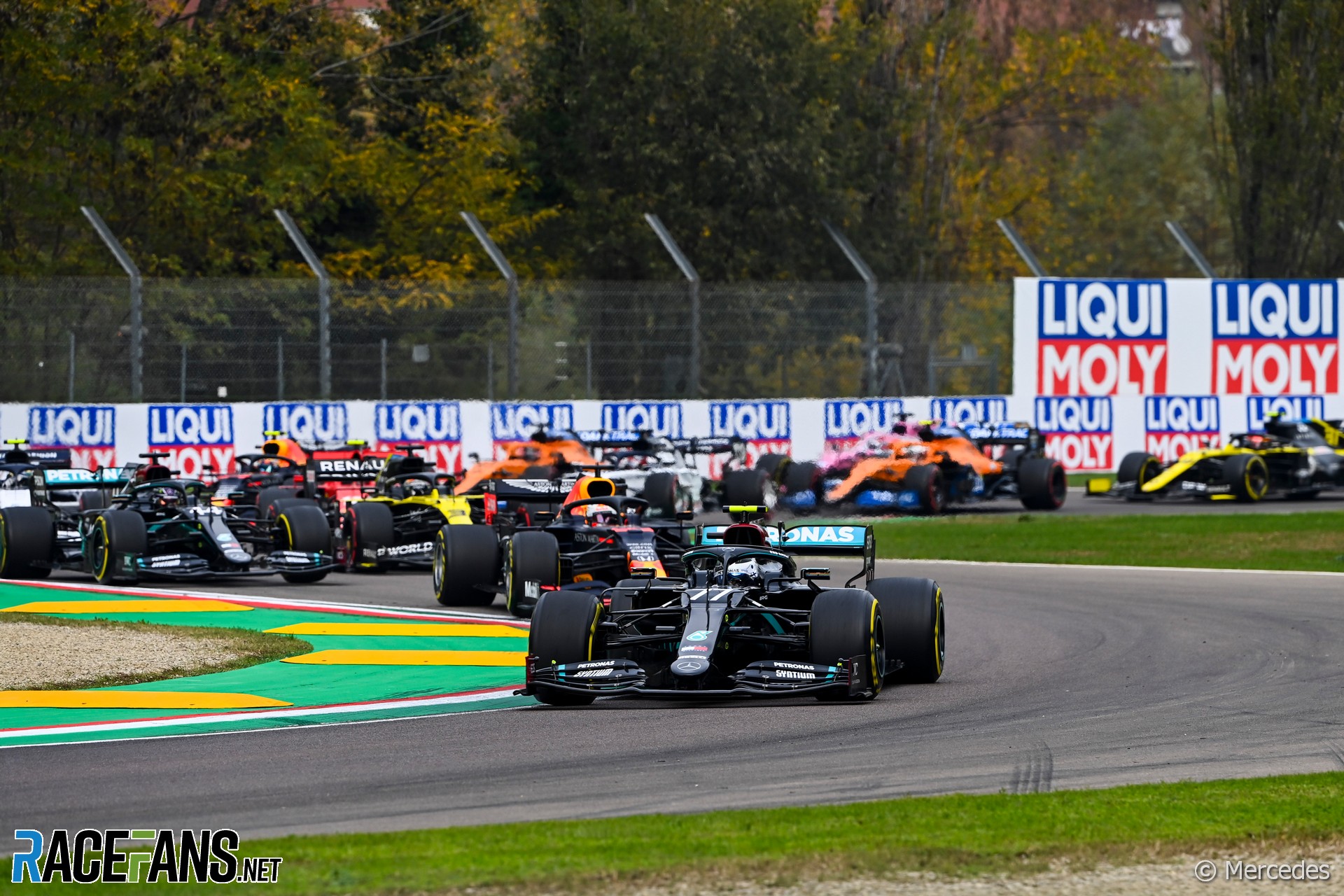 The 2021 F1 season will begin later than planned due to logistical complications arising from the Covid-19 pandemic, the championship has confirmed.

As RaceFans revealed previously, the Australian and Chinese grands prix will not go ahead on their originally scheduled dates. Albert Park and Shanghai International Circuit were due to hold the first and third rounds respectively on the 2021 F1 calendar. Their postponements means the Bahrain Grand Prix, scheduled for March 28th, will become the new season-opener.

Formula 1 confirmed the delays to both races today while also revealing details of an addition to the 2021 calendar. As revealed here last week, F1 will return to Imola on April 18th for the second race of the new season.

This race will serve as a replacement for the Chinese Grand Prix, though Shanghai’s round of the championship may yet be rescheduled. As previously reported, the delayed Australian Grand Prix will now take place in November and other races have been moved to accommodate this. Brazil’s round of the world championship has been brought forward by a week and the subsequent races in Saudi Arabia and Abu Dhabi will take place one weekend later than originally planned.

F1 maintains it will run a record-breaking 23-race calendar as it announced last year. A venue will be announced for the ‘TBC’ round of its championship originally scheduled for April 25th, which has now been moved back a week to May 2nd. The Autodromo do Algarve in Portugal is expected to hold this race, but no official announcement has yet been made.

This change, and all other revisions to the calendar announced today, require the approval of the FIA World Motor Sports Council.

“The global pandemic has not yet allowed life to return to normal,” said new Formula 1 CEO Stefano Domenicali, “but we showed in 2020 that we can race safely as the first international sport to return and we have the experience and plans in place to deliver on our season.

“It is great news that we have already been able to agree a rescheduled date for the Australian Grand Prix in November and are continuing to work with our Chinese colleagues to find a solution to race there in 2021 if something changes.

“We are very excited to announce that Imola will return for the 2021 season and know our fans will be looking forward to the return of Formula 1 after the winter break and our revised season opener in Bahrain. Obviously, the virus situation remains fluid, but we have the experience from last season with all our partners and promoters to adapt accordingly and safely in 2021.”

Australian Grand Prix Corporation chairman Paul Little said he was pleased an agreement had been reached to delay their race by eight months. “This wouldn’t have been possible without the strong support of the Victorian Government and Formula 1,” he said.

“As the third-last race of the season, this provides the opportunity to safely host what could be the championship-decider in Melbourne in the lead-in to summer.”

Other championships have already confirmed delays arising from the pandemic. Formula E’s season-opening race in Chile, which was due to take place this weekend, has been delayed and the championship will instead begin in Saudi Arabia next month. IndyCar has also postponed its first race of 2021 which was due to take place in St Petersburg on March 7th.