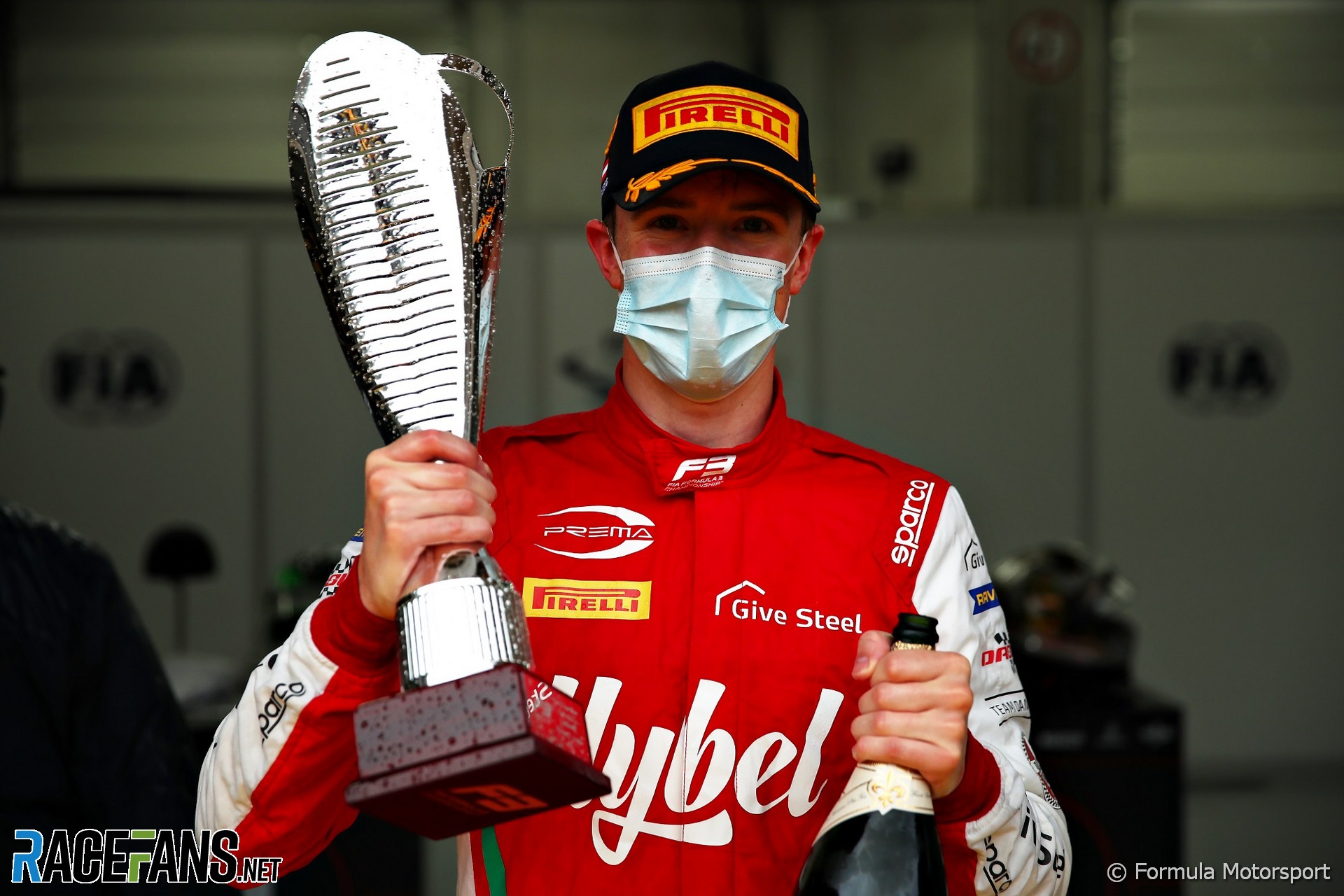 In the round-up: Mercedes has announced 19-year-old Frederik Vesti as the newest addition to its growing roster of young talent.

He joins Kimi Antonelli, Alex Powell and Paul Aron as the drivers Mercedes are supporting through junior ranks. The team also manages the careers of George Russell and Esteban Ocon, although both are separately contracted to their respective Williams and Alpine F1 teams.

Vesti said joining the world champions “is a massive boost for my career and I am really looking forward to building a powerful relationship in the future.”

He thanked Mercedes team principal Toto Wolff for his backing. “I admire Mercedes so much for their mentality and their hard-working attitude, which has helped them become so successful. They choose their junior drivers very carefully, so I am really excited to be part of the programme, working with them and developing as a driver. Thank you to Toto and the team for their trust in me and my future.”

“I remember him sending me updates on his debut seasons in single seaters and letting us know details of his progress, which is something we always appreciate. His Formula Regional European championship in 2019 was impressive and in FIA F3 last year, he was very consistent.”

"We want Paretta Autosport to be the place to welcome, train and support professional growth in all facets of the team. Eventually we hope it will be a team of women running the car. And that can and will inspire others" – Beth Paretta, @ParettaAutoSprt#IndyCar pic.twitter.com/hJ1QkG5gp3

Despite the latest rumors circulating on certain websites and social media, the @ACM_Media can confirm that the #MonacoGP will take place from May 20th to 23rd, 2021. The ACM also confirms the #GrandPrixMonacoHistorique (April 23rd-25th 2021) and the #MonacoEPrix (May 8th 2021).

"The sister number 25 car is set to see 2020 full season pairing Connor de Phillippi and Bruno Spengler return – they will be joined in Florida by Philipp Eng, who joined the number 25 squad at Daytona last year, and by ex-DTM racer and F1 star Timo Glock who makes his Rolex 24, IMSA and GTLM debuts."

"Kiel will remain the strategist for the number five McLaren SP Chevrolet, continuing to guide O’Ward on track during race weekends."

"Christina Nielsen and Katherine Legge, two of the more popular and successful IMSA WeatherTech SportsCar Championship drivers in recent history, will be back in the field for the season-opening 24 At Daytona. The two women were announced Tuesday to supplement full-season drivers and team co-owners Rob Ferriol and Earl Bamber in the number 88 Porsche 911 GT3 R."

"It is probably looking very bleak on the British round of the world championship, especially in north Wales. It was a fantastic event and one I was really looking forward to getting my teeth into again to be honest."

"Botho G. Wagner then worked in various ways to promote karting. The CIK-FIA regrets the death of a very dear personality who dedicated his life to the development of karting, and sends its deepest condolences to his wife, his family and his loved ones. "

Is motorsport nepotistic by design or does it just tend to run in families? Gavin Campbell says it’s not that you have to be related to someone to get there, but it helps…

There’s a couple of reasons for this outside of pure budget that does tally with other sports.

Firstly in dangerous sports you tend to see lineage playing a part – very often in motorsport (two and four wheels), rugby, boxing and I’d assume American football. This is because the danger aspect is baked into acceptance – a sort of “I did this all my young life so its fine if my son/daughter wants do the same”.

Also the trend in F1 drivers has been over the past 15 years or so has been starting younger and younger. This requires them to start exceptionally young so they increasingly come from ‘motorsport families’.

Furthermore its a truly individual sport – there’s no signing up kids to a club that have matches (or races in this case) and scouts who pick up the best into junior programs like football or other team sports. Its quite unique in the sense of requiring quite a lot of self starting and organising versus other sports (even tennis, athletics etc. you start off at a local club where a lot is provided for you by members such as coaching, equipment etc.)

So many of the F1 drivers today are sons of former drivers, team personnel, enthusiasts (i.e. gentlemen drivers and mega fans)