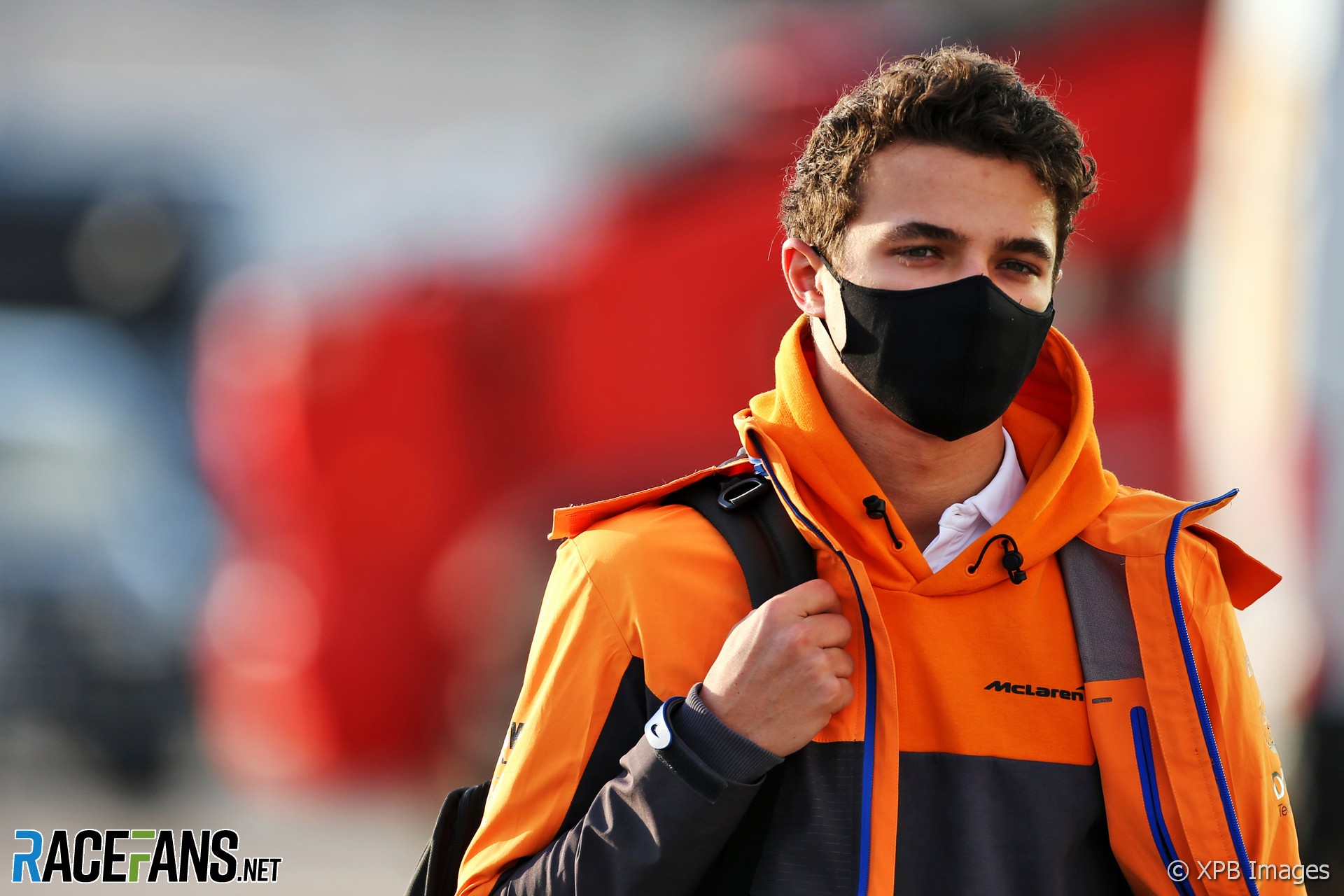 In the round-up: Lando Norris has completed his quarantine period in Dubai following his positive test for Covid-19 earlier this month and is preparing to return to the United Kingdom.

Norris announced on social media on January 5th he had tested positive for Covid-19 after losing his senses of taste and smell. As he was in Dubai at the time he was required by local rules to self-isolate in his hotel room for 14 days.

Norris has now completed his quarantine and is symptom-free, a team spokesperson confirmed to RaceFans. He will return to the UK in the next few days, providing he tests negative for Covid-19, as is now required by the UK since its ‘travel corridor’ to Dubai which previously exempted testing is now closed.

Norris will have to self-isolate on his return in accordance with the UK’s Covid-19 restrictions. As he qualifies as an elite sportsperson, exemptions will permit him to attend the team’s factory in person for work he cannot complete remotely.

Oh yes mega excited to take part of such an event as the Monte Carlo in the Alpine A110S🔥
Racing in the first 2 stages is gonna be epic !! I will be practicing in the shakedown the whole morning, stay tuned😎 https://t.co/bAflxw7FiW

10 yrs ago today as @FIA_F2 champion and about to join @danielricciardo at ISR in WSR3.5 I was diagnosed with advanced testicular cancer. But thanks to incredible medical people and love and support of my family I was able to return racing and life. #grateful #NeverGiveUp pic.twitter.com/6Nni933ElG

After over two decades in use, we'll say goodbye to our old Race Bays in the next few weeks. 🙏

"I think very much that if one door shuts another one will open, and obviously it took a bit of time and it raised a lot of questions about which door I want to open. It’s not that I had all of the teams of choice, but just in terms of what I want to do – more for the future, if I want to stay in Formula 1 or not."

"Alex made a good start in his inaugural F3 season which raised our hopes, but several retirements in the early races slowed his momentum. His driving qualities are solid and he has made great personal and technical progress."

"After a promising rookie campaign in the ELMS last year, the all-female trio that makes up the Richard Mille Racing Team will step up to the world stage for 2021. Confirmed to drive the ORECA 07 Gibson LMP2 car will be Beitske Visser (Netherlands), Sophia Floersch (Germany) and Tatiana Calderón (Colombia)."

"I was travelling to São Paulo every weekend to race there when I started karting, and that is around 600km away, so not a short drive. I actually think that it is nice to come from the city and do something a little different though, whereas people who are from São Paulo and cities like that are more used to having drivers."

"A host of teams have already announced their WEC 2021 programmes and today it was revealed that five Ferrari 488 GTE Evos will join this year’s LMGTE Am category. TF Sport also announced its plans."

After Daniil Kvyat’s F1 career came to an end in Abu Dhabi, Tony Mansell praises his recovery from the 2016 setback of losing his Red Bull drive:

He got himself off the floor of being sacked and deserves immense credit for that, I’ve rarely seen a driver so publicly destroyed by his failure. What we were left with though, was a loss of his youthful exuberance, and maybe pace, with solid but lacklustre drives.

As much as F1 is brutal, the man lasted seven seasons and got three podiums. Aged 26 he must feel he has way more in him and he’ll likely be doing the rounds of Formula E/Le Mans/IndyCar like other sons of ex-F1s and ex-F1s. Just he was probably rather hoping that would be at 36 not 26.
Tony Mansell