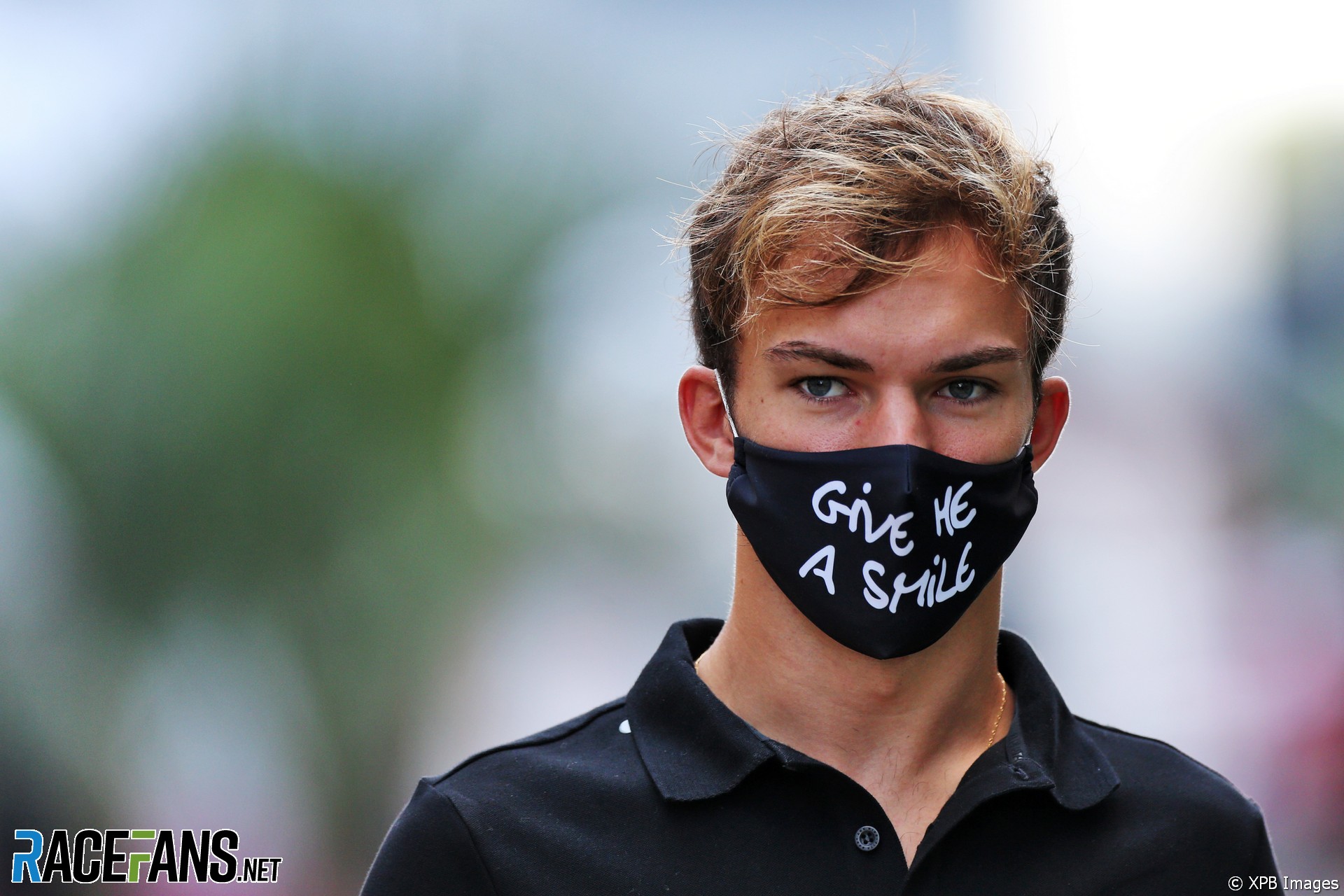 Pierre Gasly ended the year with a comfortable lead over experienced team mate Daniil Kvyat in the points, having out-scored the other AlphaTauri driver 75 to 32, a ratio of more than two to one.

Of course one-third of Gasly’s points came with that a windfall result at Monza, where he took advantage of a conveniently-timed race suspension to score a shock win. But while this fortunate result inflated the gap between him and Kvyat at the end of the season, it probably didn’t exaggerate it by very much.

Gasly was consistently the quicker of the two, making 12 appearances in Q3 to Kvyat’s four. Indeed, with better luck on Gasly’s part, the points gap between the pair could have been even larger.

He was on course for his second-best result of the season at Imola when a power unit problem forced him out. Kvyat went on to finish fourth, the position Gasly qualified in, after his team mate’s retirement.

While that was the only race retirement Gasly suffered due to a technical fault, he was also prevented from setting a time in Q3 in Hungary due to a car problem, and copped a grid penalty at Istanbul when the team began a power unit change which it then failed to complete. His only other non-classification came the week after his Monza triumph, when he was eliminated in a first-lap collision at Mugello.

Despite this he amassed enough points to end the season tied on points with Lance Stroll, who had a considerably quicker car at his disposal.

Monza aside, the AlphaTauri was not competitive enough to lead the midfield home. Nonetheless Gasly bagged an excellent fifth place in tricky conditions at Algarve, passing Perez on the way. He was clearly frustrated at being unable to replicate anything similar at Istanbul, another race run in challenging conditions.

However he picked up a pair of sixths at the Nurburgring and Bahrain, plus sevenths in the first races of the double-headers in Austria and Britain. Even when major points were not on the table, Gasly regularly scored, bringing home points on 10 occasions.

The most striking feature of Gasly’s season was how frequently he found himself in contention with Albon’s much faster Red Bull. With four races to go, Gasly was still within a point of the driver who replaced him in 2019.

This inevitably prompted questions about why he was dropped in the first place, and why he wasn’t able to demonstrate the same form he showed at AlphaTauri (and, previously, Toro Rosso) at Red Bull. There are surely lessons for the team to learn in how Gasly has thrived since returning to Franz Tost’s outfit.