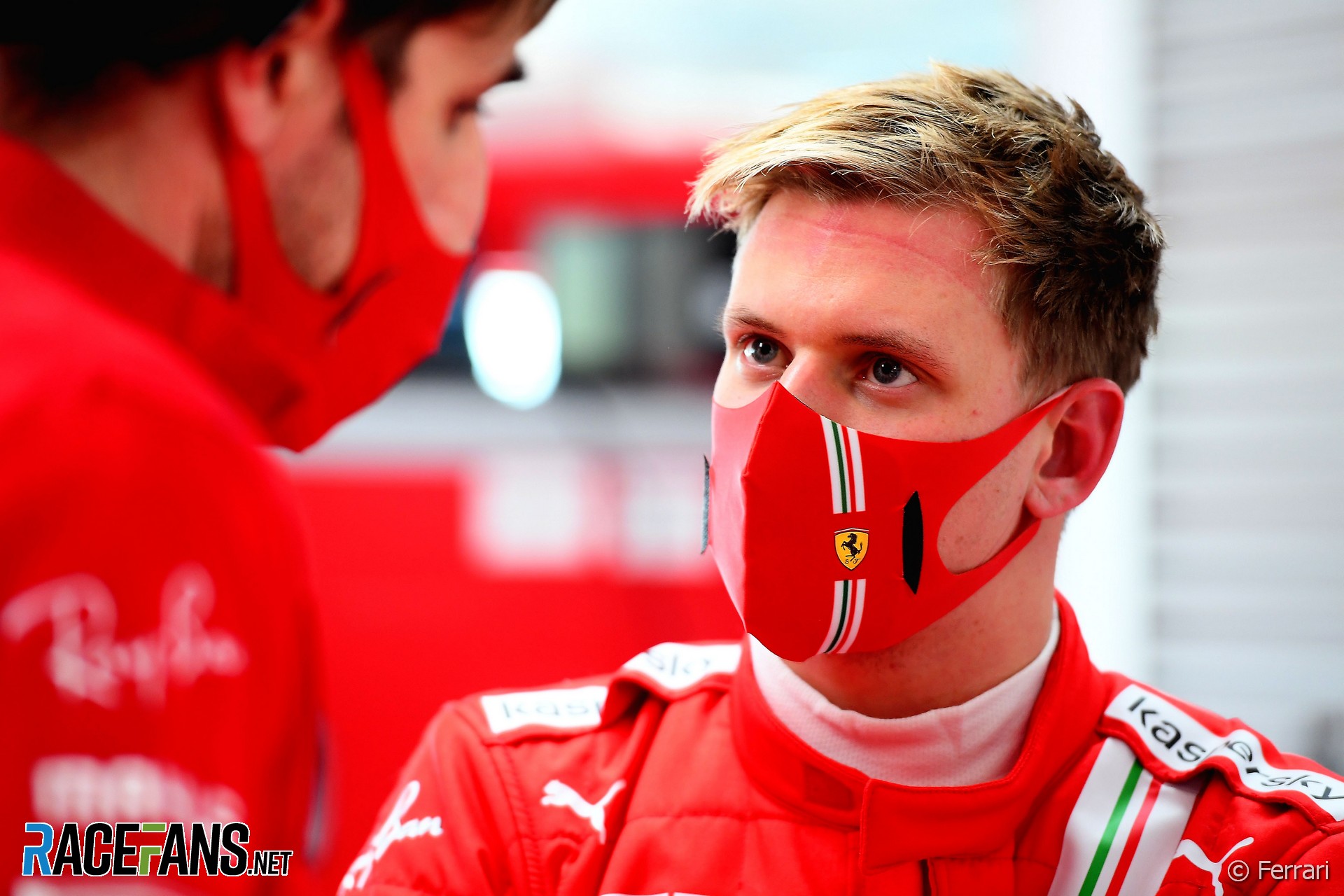 Mick Schumacher says he feels ready for his Formula 1 debut following his latest test for Ferrari.

Schumacher tested for Haas at Yas Marina last month and will make his grand prix debut with the team in March. “I feel very ready” he said after yesterday’s test.

“It’s been a lifelong dream for me to be in F1 and now I finally got the chance and therefore I will do everything I can to be as as prepared as I can to start the season on a high,” said Schumacher.

While Schumacher has had the benefit of several public tests with Ferrari and Haas, team mate Nikita Mazepin has had a series of private runs with Mercedes. Schumacher said real-world running was the best way to prepare his neck for the physical strain of driving a Formula 1 car.

“There’s no such thing as like a special training or special preparation you can do,” he said. “It is very, very much similar to all the years that you have done before.

“For me especially I’ve been focussing on my neck training because that is obviously the one part that we use the most in Formula 1. The G-forces, that’s something you just learn by driving the car and obviously doing those laps. That’s when your body gets really fine-tuned onto a Formula 1 car.

“So definitely just [to] train my neck, that was my goal [for] this year.”

Schumacher watched his father, seven-times champion Michael Schumacher, test for Ferrari at Fiorano on many occasions.

“It’s one of the most special places to come to see a racing car drive because you’re so close to it,” he said. “And now for myself actually being driving it here on my own, it’s very special, obviously, knowing how many laps and how many days my dad has spent here in the past.

“It’s great to come here and do kind of the same, even though we’re not allowed to do as many days as back in the day. But still, it’s so special to be here.”