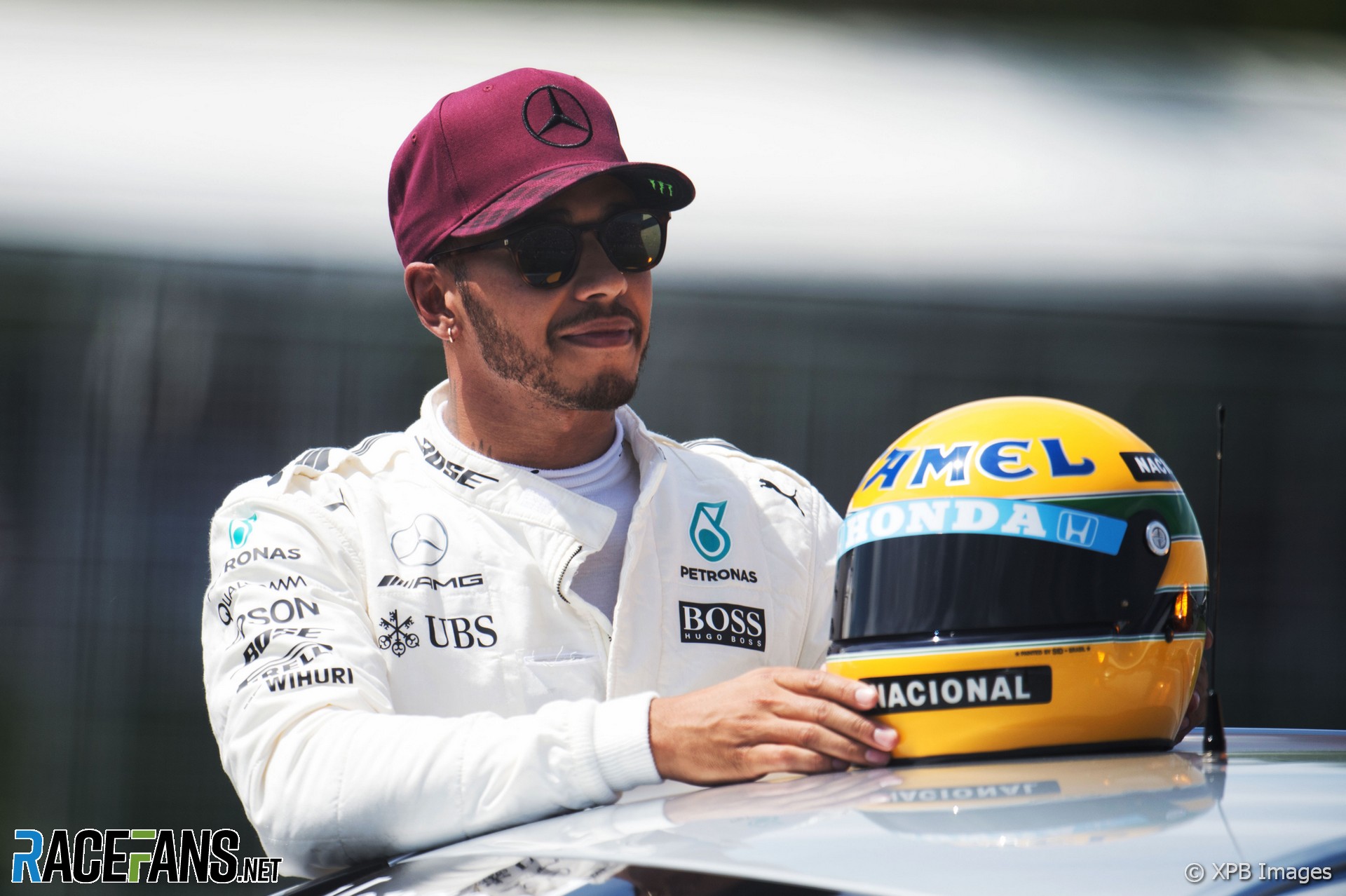 Lewis Hamilton has given revealing insight into his admiration for three-times world champion Ayrton Senna and his fight against adversity.

His childhood hero inspired him through “the way he drove, the colours of his helmet, the passion with which he spoke and his victories”, Hamilton told La Gazzetta dello Sport.

Hamilton also described the similarities he sees in how both of them confronted adversity. “He faced alone a system that wasn’t always kind to him, something I experienced too in my career, albeit for different reasons,” said Hamilton.

Senna clashed with the sport’s governing body on several occasions, most famously following collisions with Alain Prost at Suzuka in 1989 and again in 1990. His career had a profound effect on Hamilton, who was nine at the time of Senna’s death at the 1994 San Marino Grand Prix.

“I said to myself: ‘I want to become a driver like him and get to F1’,” Hamilton recalled. “I liked cars and I considered it the most beautiful job in the world.”

He won a record-equalling seventh world championship title last year. Hamilton, who has previously spoken of the racism he experienced as a youth, also embraced the Black Lives Matter movement following the killing of George Floyd in America and became an outspoken supporter of calls to promote diversity and tackle discrimination.

Hamilton said his passion for the cause also spurred him on to improve his performance on the track.

“The emotions that surfaced when I saw George Floyd being killed in the US reminded me that I too have experienced a small part of that violence in the past, though in a different way. And it was the fuel to drive again, it put a rocket in my performance.”

“I gave my all to win it and I am working hard to get justice against social discrimination,” Hamilton added. “Focusing on these issues, in an attempt to make them stand out in the public eye, gave me more strength, an extra boost when I was racing on the track. It wasn’t just about winning to get yet another triumph, but to do it for a greater purpose.”

68 comments on “Hamilton: Senna also faced a system which wasn’t always kind to him”