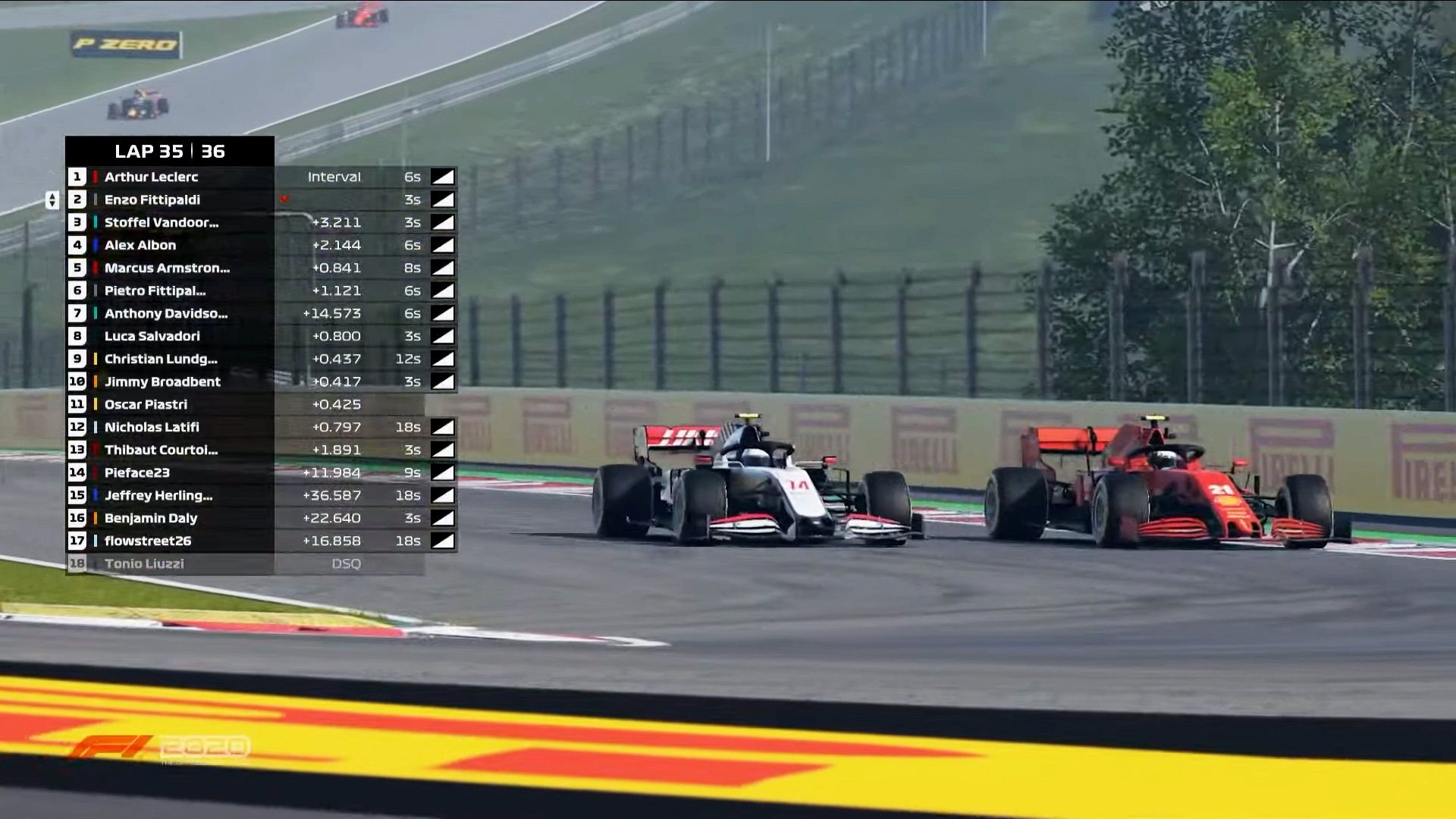 In the round-up: Ferrari Driver Academy member Enzo Fittipaldi won the season-opening Virtual Grand Prix after a spate of penalties.

Fittipaldi came from ninth on the grid to win the first of three rounds in the Virtual Grand Prix series.

However the race was marred by time penalties: The 17 drivers still running at the flag collected 46 between them, almost all of which were for exceeding track limits. This figure excludes those collected by Vitantonio Liuzzi, who was disqualified on lap 15 of 36 for repeated violations, and two other drivers who did not finish.

A single competitor – Formula 3 champion and Renault junior driver Oscar Piastri – did not receive a penalty. Nicholas Latifi was the only active Formula 1 driver to take part in the competition after team mate George Russell was unable to participate.

Fittipaldi, driving for Haas, emerged on top in a scrap with fellow FDA member Arthur Leclerc. However his three penalties to Fittipaldi’s one not only ensured Leclerc would finish behind, but cost him a position to a fast-closing Stoffel Vandoorne, who was promoted to second on the rostrum.

Joshua rates Formula 3 champion Oscar Piastri’s chances of getting into F1 in the coming seasons:

Piastri is in a great position to get to F1 in the next few years.

Really his minimum aim for 2021 would probably be to finish ahead of fellow Renault/Alpine juniors Lundgaard and Zhou. To get to F1 in 2022 he would basically need to win the championship and hope Ocon struggles.

But I think 2023 is a bit more realistic considering how competitive F2 is this year and due to Alonso probably retiring as well as Alpine maybe going after Gasly.
Joshua Miles (@milesy-jam)

|@karunchandhok made a one-off appearance in the car in the German Grand Prix at the @Nuerburgring, for his final #F1 race start. He told us about his experience at the team last year:https://t.co/2d3lLHTHD7