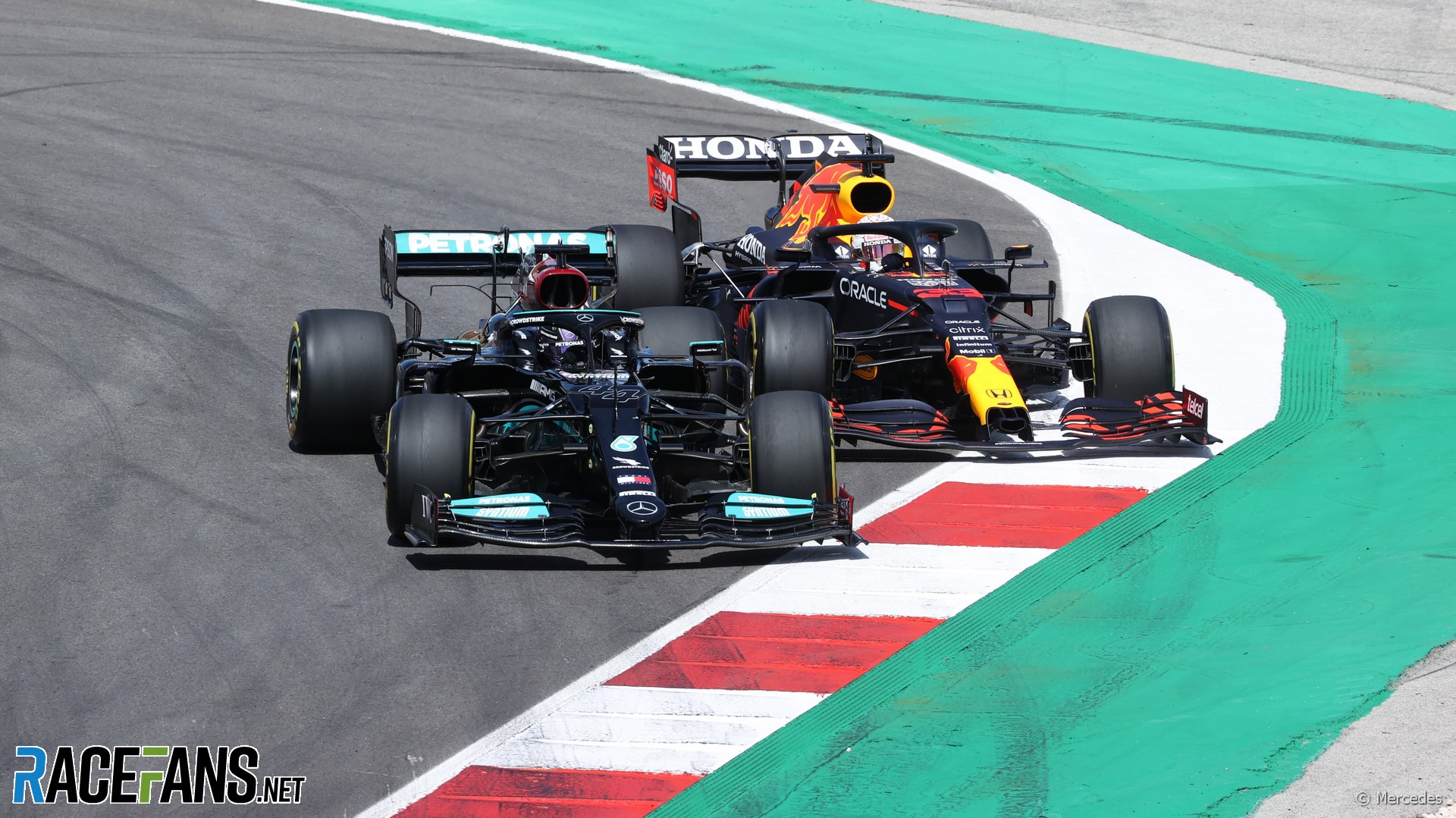 The mutual respect between championship leaders Lewis Hamilton and Max Verstappen remains high after they fought each other on-track for the third time in as many races yesterday.

The pair swapped positions twice in the course of the Portuguese Grand Prix, which Hamilton won ahead of Verstappen.

Hamilton came out on top in the first encounter between the pair in Bahrain, while Verstappen won at Imola after muscling his rival aside at the first corner. In yesterday’s race the Red Bull driver passed Hamilton at a restart, but the Mercedes got back ahead a few laps later.

Hamilton said he has enjoyed the tough yet clean fights between the pair so far this year.

“It is naturally down to respect,” he said. “I think [we’re] both very, very hard but fair and that’s what makes great racing and great racing drivers.

“I think we will continue to keep it clean and keep it on the edge but I don’t think either of us has a plan to get any closer than we have been.”

Verstappen, who trails Hamilton by eight points at the top of the standings after yesterday’s race, said the fights between the pair have been been “really cool” so far.

“Especially when you race a driver, when you know that you can go to the absolute limit, I guess you can trust each other to just race super-hard,” he said. “That’s always really nice because you can see in the three races we’ve had it’s been really close to each other but predictable.

“Lewis has never had something like ‘oh, we’re going to crash’ or something. I always have full trust in Lewis that we all give each other enough space.”