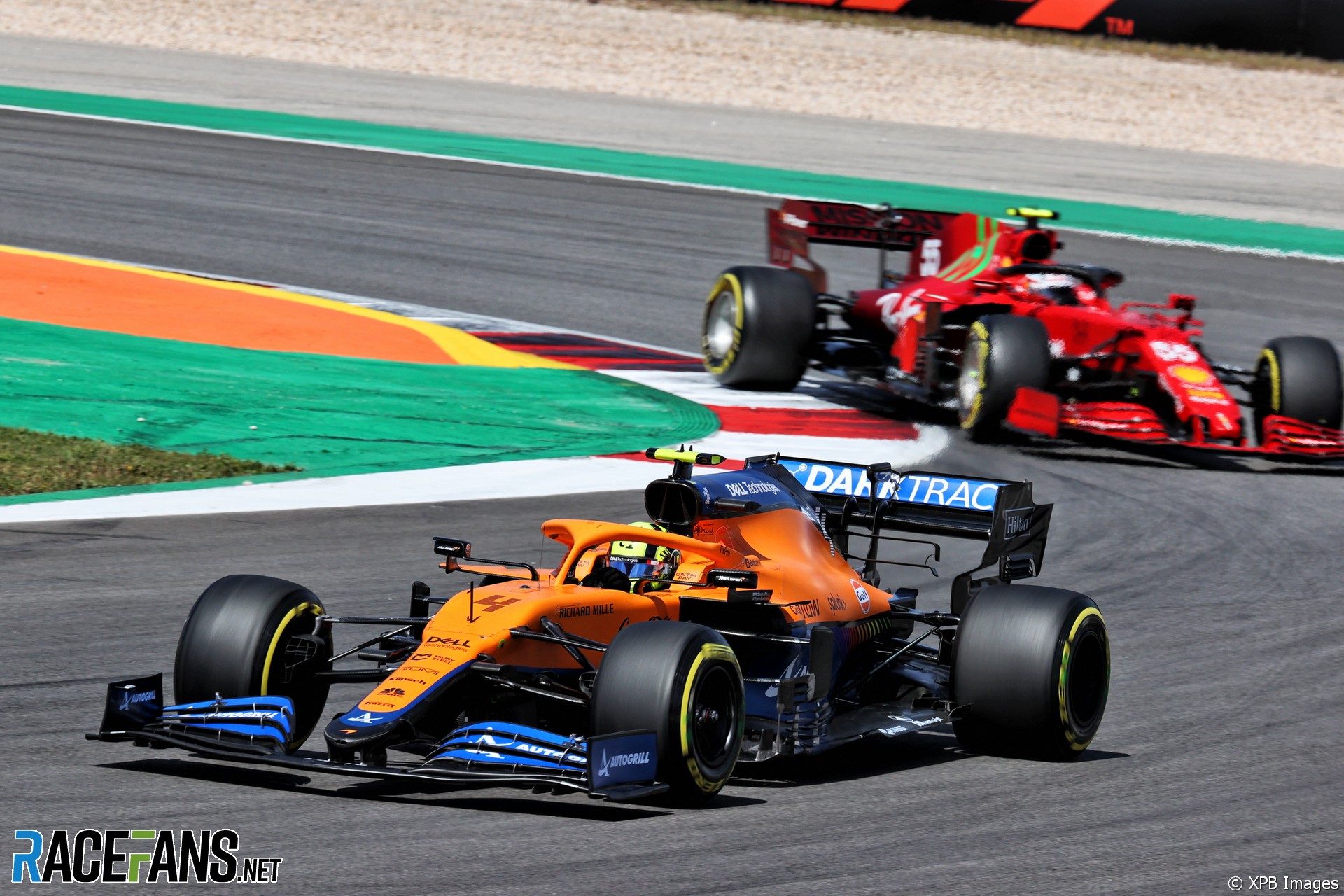 Lando Norris says he feels better placed to take advantage when a Mercedes or Red Bull driver slips up thanks to his increased confidence in his driving.

Since the final race of last year, Norris has been the first driver home behind the Mercedes and Red Bull races in every round. Fifth place in yesterday’s race followed his podium appearance at Imola, placing him third in the championship.

The McLaren driver has been open about his struggles with anxiety and has been extremely self-critical for his perceived errors in the past. But Norris says his confidence has grown in his third year in Formula 1.

“I definitely feel like I’m doing the best job I’ve done,” he said. “Probably these first three races all together have been better than any other race I’ve done.

“It obviously starts on Friday with the preparation side of things. But executing my laps in qualifying, not making mistakes, being attacking in those opening laps: I started P7 and I got to P4 and that was not just because I was quick, it was because I did a better job with the racing, preparing myself with the lines and things like that.

“So I’m confident, or I’ve got some confidence and at times last year and in year one, I struggled with that and I think now I have a better amount of it,” he explained. “Sometimes I’m still not confident with the car and with myself, but I’m definitely higher and in a better position than I have been so that helps.”

However he is unsure whether McLaren will be able to continue leading the midfield, as they face a growing threat from rival manufacturer teams.

“We’ll see,” he said on Sunday evening. “Today we were probably a little bit better than we were expecting, more so after yesterday.

“We struggled a little bit and Alpine were very fast, but today was a little bit more back to how we thought it should and could go. I think we can be confident we’re probably the most consistent team at the moment, around that third, fourth, fifth area. We’re doing a good job.

Norris started the Portuguese Grand Prix seventh but was able to move up to fourth – where he felt he could have qualified – by passing Esteban Ocon, Carlo Sainz Jnr and Sergio Perez.

“The first one was just a good battle with Esteban. I got him in the first few corners. He got me back again and then I got him with quite a good move in turn 11 – so a good little battle.

“And then I got two cars on the restart, I got Carlos because I kind of saw him bustling with with Sergio in the first couple of corners so I was able to sit back a little bit, prepare my line and have a good opportunity to get ahead of both of them, which I wish I managed to do.”

His move on Perez proved only temporary, however. “Sadly, we don’t have the pace to stay ahead of a Red Bull just yet.”

Despite the gap in outright pace, Norris said he was ready to take advantage of any time he could pass a top four car. “I’m doing what I can. I think in the first two races we had opportunities to do it and when they make mistakes, we can be ahead like in Imola, like when he overtook, he had the pit stop penalty and things like that, then you take advantage of it.

“When I overtook him today, we took advantage of it but we can’t always back it up on our pace that we have. So we’re making the most of the opportunities at the moment. We definitely need just a little bit more pace and performance to be able to do it consistently or be confident with it.”