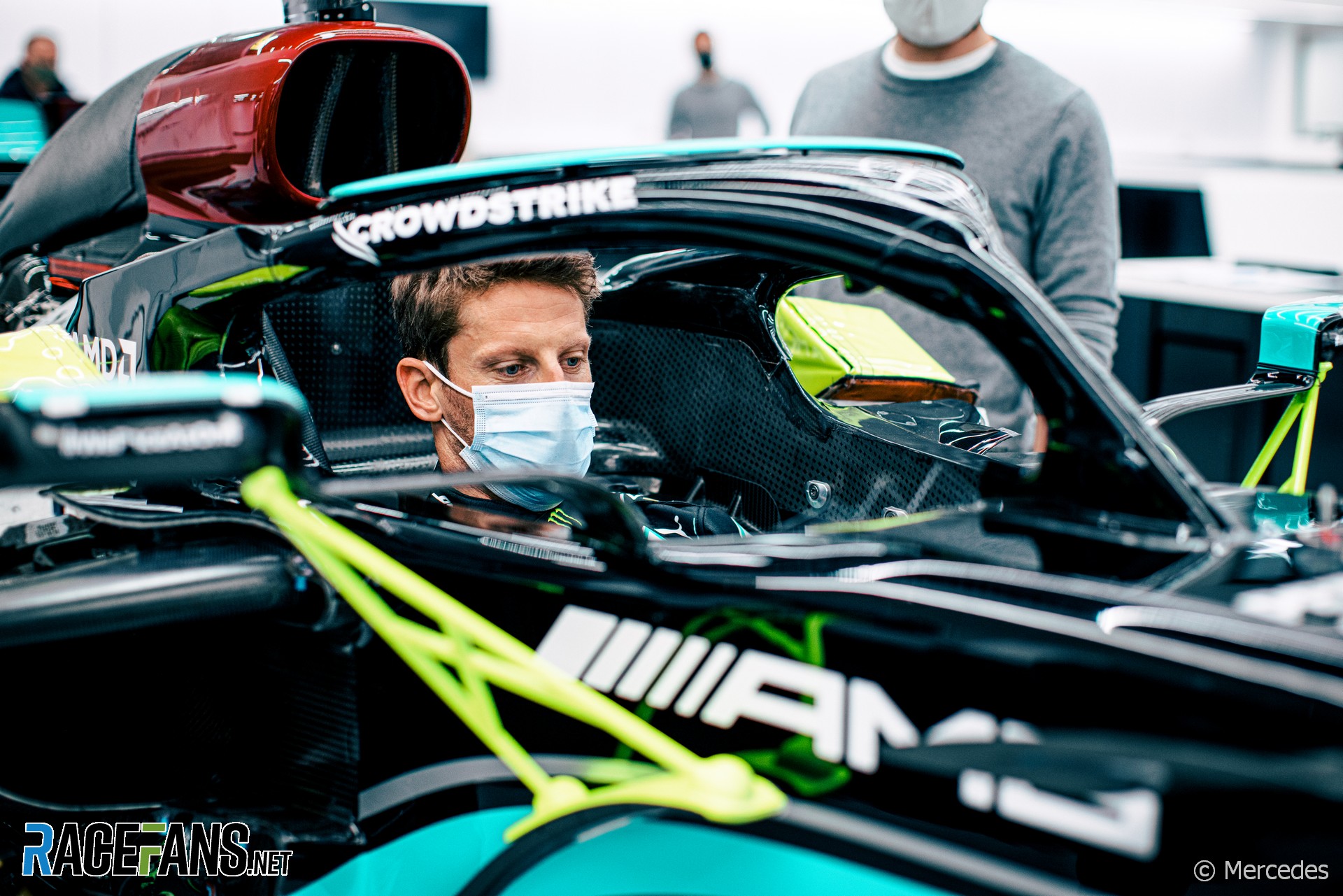 Mercedes will give Romain Grosjean two opportunities to drive one of their world-championship winning cars next month.

It will be his first chance to drive a Formula 1 car since the shocking crash in Bahrain last year which forced an early end to his grand prix career. Grosjean suffered burns to his hands in the crash which prevented him contesting what would have been his final two races for Haas.

He was fitted for a seat at the Mercedes factory in March and familiarised himself with their systems in the simulator.

Mercedes announced today Grosjean will drive the W10 Lewis Hamilton used to win the world championship in 2019 in a series of demonstration laps on June 27th during the French Grand Prix weekend at Paul Ricard. He will also have a day’s running in the car on June 29th.

“The idea first came when it looked like Romain would be ending his active career in Formula 1, and we didn’t want his accident to be his last moment in an F1 car,” said Mercedes CEO Toto Wolff.

“I have known Romain since his days in Formula 3 when he won the championship. He enjoyed a long and successful F1 career and we wanted to make sure that his final memories would be at the wheel of a championship-winning car. I’m excited to see what Romain’s feedback on the W10 is.”

Grosjean said he was eager for the “unique experience” of driving a world-championship winning Formula 1 car.

“I’m very grateful to Mercedes F1 and to Toto for the opportunity. The first I heard about the chance to drive a Mercedes was in my hospital bed in Bahrain when Toto was speaking to the media and made the invitation. Reading that news cheered me up a lot.

“F1 didn’t get the chance to race in France during 2020 because of Covid so driving a Mercedes at the French Grand Prix in 2021 and then completing a test at the Circuit Paul Ricard, my home track, will be so special. I can’t wait for the day to arrive.”

Grosjean started 179 races in his Formula 1 career and finished on the podium 10 times. His last podium finish came with Mercedes power in the 2015 Belgian Grand Prix at Spa, for Lotus. He is competing in the IndyCar series for Coyne/Rick Ware this year.