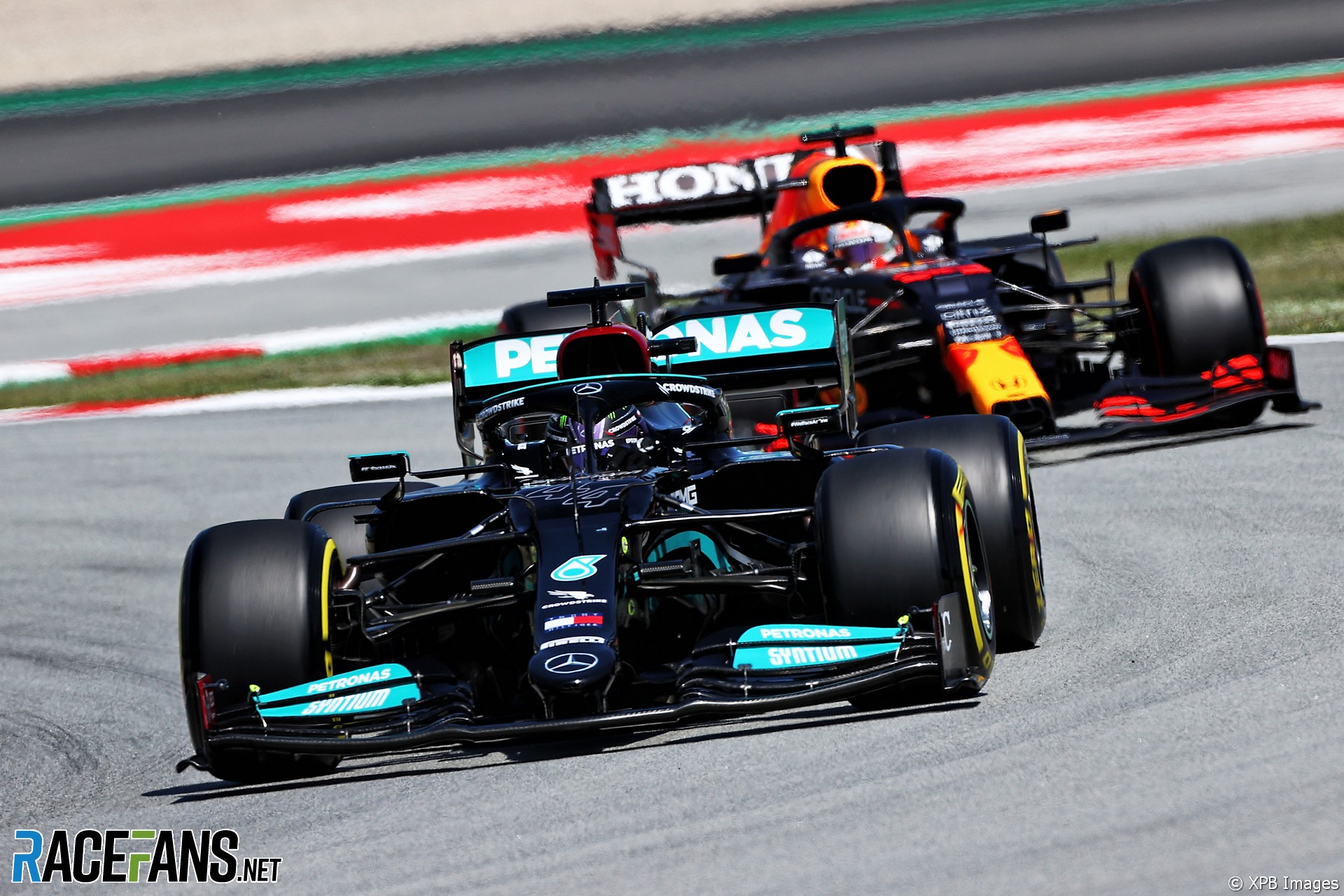 Go well here, the theory goes, and you can bank on being competitive pretty much everywhere. A look back at last year’s lap times indicates that is broadly true, though of course teams make different amounts of progress during a season.

Alpine will certainly be hoping the ‘benchmark Barcelona’ theory holds true. Last year (as Renault) they were seventh-quickest at this track, which was actually slightly below their average position last season. Today they were the fourth-quickest team, and Esteban Ocon reckons they were potentially third-quickest.

Having begun the season disappointingly in Bahrain and Imola, but rallied at Algarve, the team’s executive director Marcin Budkowski drew comfort from today’s result.

“Barcelona, not only it’s a benchmark in Formula 1 in terms of where your car is, it’s also a circuit that wasn’t really our favourite in the last few years,” he said. “And we were particularly poor here last year.

“So it’s a combination of happiness, of having confirmed and a bit of relief that actually the gains we’re seeing are actually there and we are making the progress we thought we were making.”

If Barcelona really is F1’s benchmark, then it bodes well for the title fight. For the second year running Red Bull were the closest threat to Mercedes, but they’ve slashed their deficit at this circuit to almost nothing. Lewis Hamilton beat Max Verstappen to pole position by just three hundredths of a second.

“Our first front row start in Barcelona for 10 years and Max was once again so close to pole,” CEO Christian Horner reflected. “Being on the front row is very encouraging and there are a lot of positives to take from today.

“Last year we were 0.7s off pole and this year Max has completed an almost identical lap time to Lewis, so it’s great progress.”

Not everyone, however, is persuaded that what we saw in qualifying today will be reflected over the rest of the season. Mercedes CEO Toto Wolff is “not sure this is still the case” that Barcelona is a benchmark track for the season ahead.

“You can say there is a straight, there’s chicanes, there are fast corners and slow corners… it’s pretty much everywhere,” he said. “So I don’t think this is the representative track for the season.”

If Barcelona alone doesn’t show the full picture, after four races we can begin to draw some broader conclusions about the pace of the cars. Here too, the figures are encouraging for those hoping to see a season-long scrap for the title.

While Mercedes have averaged 0.1% off the fastest pace, Red Bull are fractionally behind on 0.19%. Will this two-team title fight go all the way? The chances look better than at any previous point in F1’s V6 hybrid turbo era.

12 comments on “Did ‘benchmark Barcelona’ reveal how close F1’s title fight will be?”