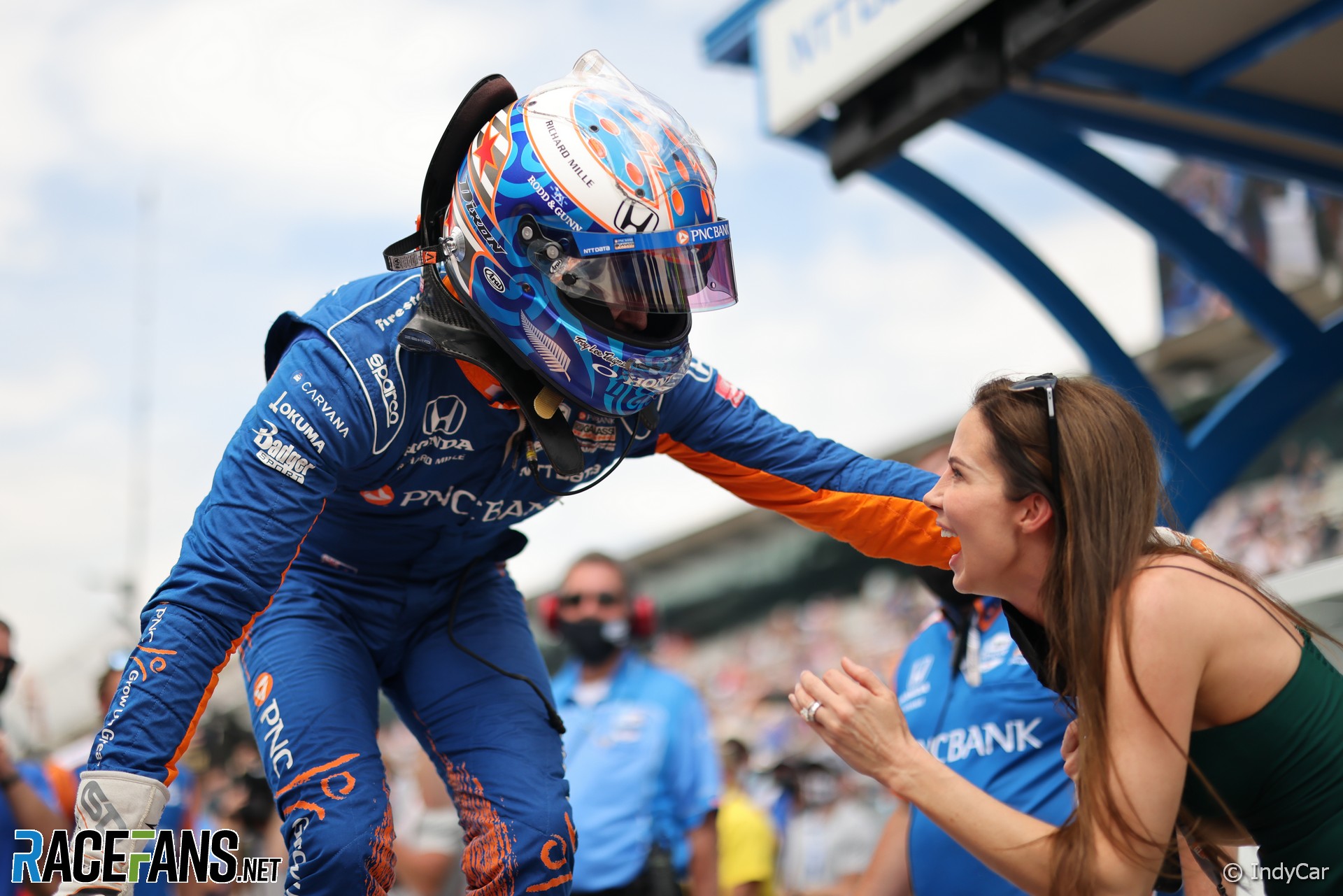 For the fourth time in his career, Scott Dixon will start the Indianapolis 500 from pole position.

Dixon had the fastest first lap of the session, and even though his speed dropped off over the next three laps, his average four-lap speed of 231.685 miles per hour was enough to secure the top spot by 0.03mph. Dixon took pole a margin of less than two hundredths of a second across the four laps.

Next Sunday, Dixon will bid to win his second Indianapolis 500. Since winning the race for the first time in 2008, Dixon has come close on several occasions. He has six top-five finishes in the years since – including a runner-up finish to Takuma Sato in last year’s race. Ganassi’s fourth and most recent Indy 500 victory was in 2012 with Dario Franchitti.

Dixon will share the front row with two of IndyCar’s brightest young stars. Starting to the inside of him is 21-year-old Andretti Autosport driver Colton Herta, who qualified in second position with an average speed of 231.655 mph. The third occupant of the front row is 20-year-old Rinus VeeKay, the fastest of the two Chevrolet-powered Ed Carpenter Racing entries to reach the Fast Nine, who will start from third position on the outside of the front row after a brave run at the pole position.

The second row features two experienced veterans, with 2018 runner-up Ed Carpenter in fourth, and 2013 winner Tony Kanaan starting fifth – in what could be Kanaan’s final Indy 500 appearance. Alex Palou qualified sixth, in the same car which he crashed during the first day of time trials less than 24 hours ago. The third row of the grid will have 2014 Indy 500 winner Ryan-Hunter Reay in seventh, three-time Indy champion Castroneves in eighth, and third-year driver Marcus Ericsson in ninth.

The 2021 Indianapolis 500 field is the fastest in the history of the event. The average speed across all 33 cars in the field was 230.325 miles per hour, surpassing the previous record established in 2014.

This is Dixon’s 31st career IndyCar pole position, his first since the 2018 race at Gateway International Speedway – ending a drought of nearly three years between pole positions. And it is the sixth Indy 500 pole position for Chip Ganassi Racing.

Dixon joins elite company with his fourth Indy 500 pole position. Only Rick Mears, a six-time Indy 500 polesitter, has won more poles than Dixon – who is now tied with AJ Foyt, Rex Mays, and Helio Castroneves for second on the list of all-time pole winners in this race.