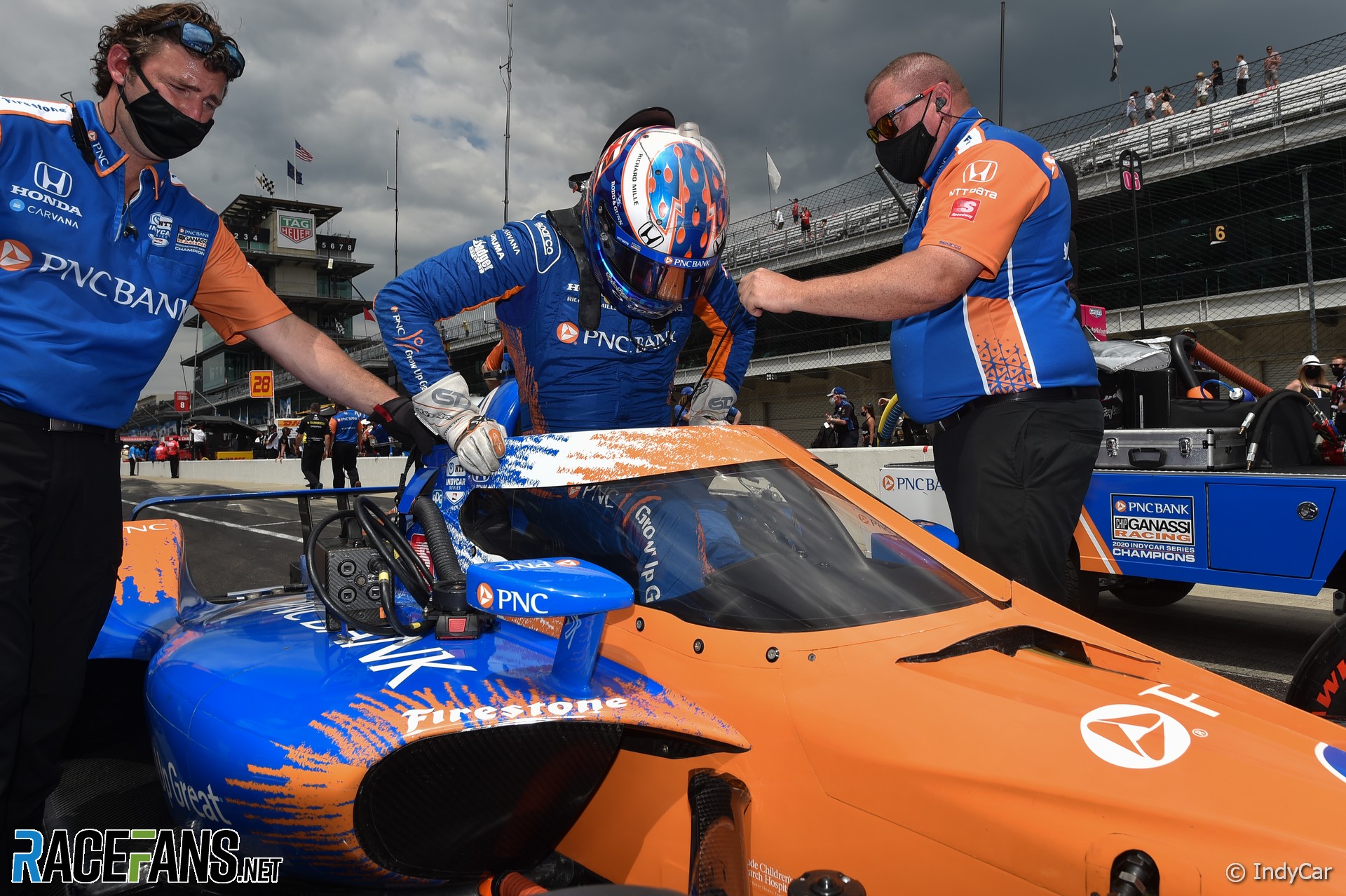 Scott Dixon described his pole-winning run during Fast Nine qualifying for the 105th Indianapolis 500 as a “pretty hairy” and “tense” ordeal.

He admitted he did not wish to know all of the changes his Chip Ganassi Racing mechanics had made to his car as it was being pushed to the end of pit lane before his final qualifying attempt.

“I could see the mechanics working on the car as we rolled through, adjusting the wings. I asked them not to tell me,” Dixon said of the changes being made to his set-up. “I knew it was only going one way, and that was trimming out more. I knew they were going to be pretty aggressive because we had already started pretty aggressive.”

Dixon described how he told race engineer Michael Cannon he was apprehensive about making any significant changes to a car that was already the fastest throughout all of time trials on Saturday.

As the fastest qualifier on Saturday, Dixon was the last driver to take part in the Fast Nine qualifying session to determine the pole winner and the order of the first three rows. He was impressed by the early benchmarks set by Colton Herta and the Ed Carpenter Racing drivers.

“I’d prefer going last, for sure,” said Dixon. “But then I didn’t after I saw the ECR and Herta run. I was definitely pretty nervous,” Dixon said of his closest rivals. He identified Herta as the one driver who could deny him a fourth Indy 500 pole position: “I knew his consistency was probably going to be a tick better than the other two, and it sure was.”

Dixon had to beat Herta’s benchmark run, with an average speed of 231.655 miles per hour, with his sole attempt. “At turn one for the first lap [it] was very loose, and I was already maxed out on all the controls. I knew it was just going to be holding on for lap three and four. Lap four was definitely pretty rough, especially through turn three.”

His four-lap average speed of 231.685 mph was enough to take pole position by a razor-thin margin ahead of Herta.

While winning next Sunday’s Indy 500 is his main goal, Dixon acknowledged the accomplishment of winning a fourth pole position for himself, and for everyone at Ganassi, whose four entries all made the Fast Nine qualifying shootout.

“Winning a pole at the Indianapolis 500 is one of the toughest things to do,” Dixon continued. “From a team standpoint, just how much work and effort goes into building these cars specifically for that pole run, it’s a lot of money and a lot of effort that it takes.”

“We’ve been on the other side of it. We’ve had [pole positions] before, but we’ve started well in the pack, too, where you can’t figure out why you’re in that position. Definitely feel goods for the team. I know the team is going to be proud of what we achieved today. Again, it’s just the starting position. We have to work on the rest.”

3 comments on “Don’t tell me how aggressive my set-up is, Dixon told team before pole-winning run”