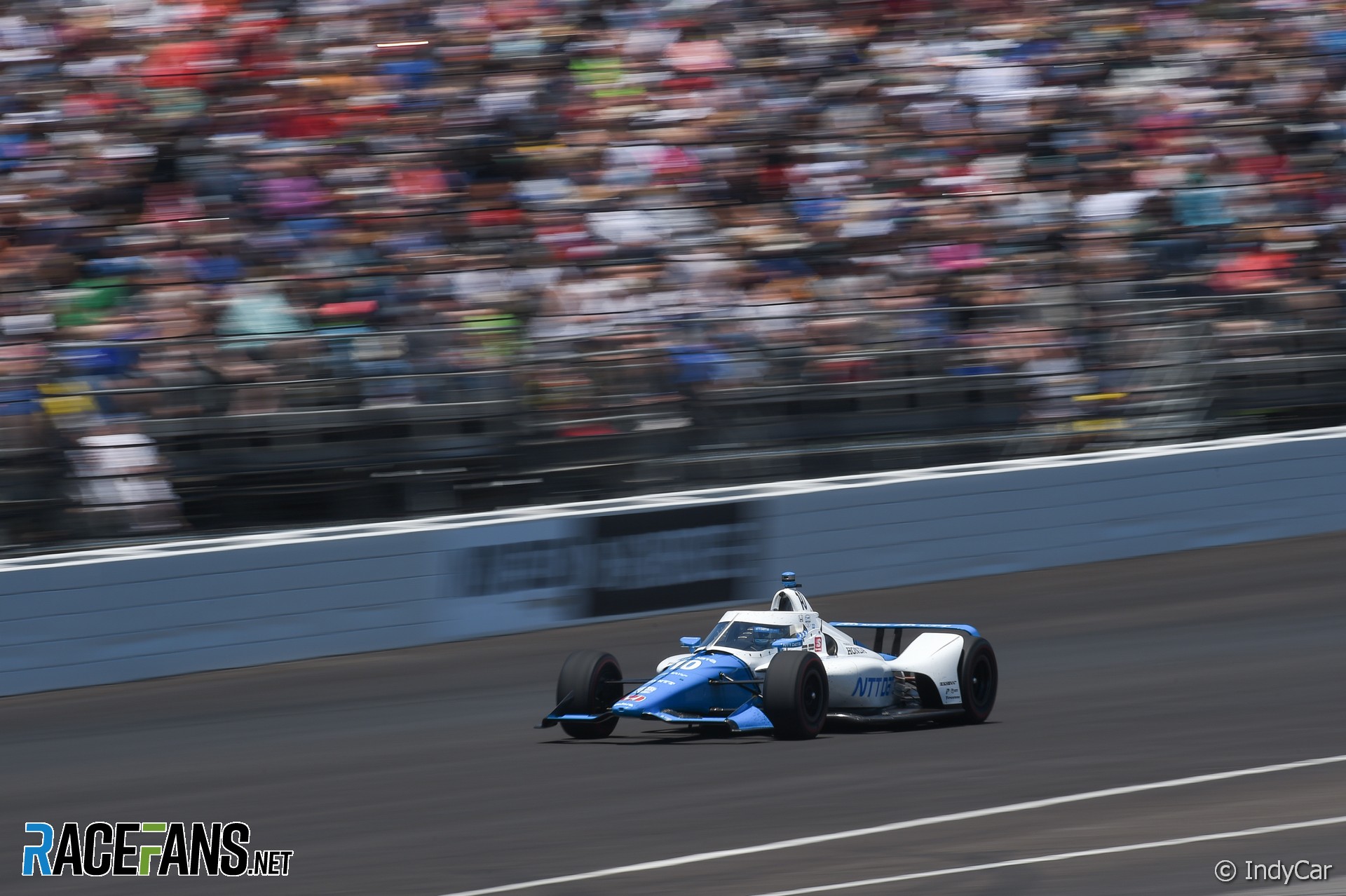 The Ganassi driver led 35 laps of the race, but lost the lead to the eventual winner with just five miles to go.

“It hurts,” said Palou. “It hurts a lot. I didn’t expect that a second place would hurt that much until I crossed the finish line.

Palou paid tribute to Castroneves, who beat him to the line by less than half a second after over two-and-a-half hours of racing. “I’m super proud, super happy,” said the Ganassi driver. “To be honest, it’s good to lose against […] one of the best, probably the best.”

In his second season as an IndyCar driver, Palou has already won once this year, in the season-opener. He said yesterday’s race had been a clear opportunity to win again.

“It’s racing,” he said. “It’s the beauty about racing. When it hurts, it’s good because you know there’s something better. When you win, it’s like the most satisfying thing.

“When you lose, for me, come on, we finished second in my second Indy 500. How can I be sad? It just hurts a little bit because I wanted that win more than anything. But Helio wanted it as well.”

Palou said the backmarkers the leaders caught after Castroneves’ lap 198 pass for the lead were decisive for the outcome of the race.

“When he passed me, I was like, ‘Oh, maybe that’s going to be bad for me just because we were reaching the traffic,'” said Palou.

“As soon as you’re [in] traffic, you’re not P2 any more, you’re like P8. When you are P8 on a pack, it was not easy to pass. I still tried, [to] fight for it, [in] turn three, turn four. It was not enough. For sure the traffic made the things a bit more difficult. That’s part of racing.

“At some other areas, some other parts of the race the traffic was helping me. This time Helio was a bit luckier at the end. He deserved it.”

Palou’s runner-up finish was a strong return for a driver who crashed out of his first Indy 500 nine months ago. He bounced back from a setback in qualifying after he hit the wall on the first day of time trials, requiring extensive repairs to his car.

Despite the disappointment of seeing a first Indy 500 victory slip through his grasp with two laps left, Palou was happy with the experience.

“We finished second in my second Indy 500. How can I be sad? It just hurts a little bit. I’m happy. I’m living the dream, man. I’m able to drive the fastest car for the best team around Indianapolis and and fight for it. Everything was good today.”

But he leaves Indianapolis knowing the victory celebrations could have been for him. “I want to get those photos, those celebrations with everybody on the stands,” said Palou. “Hopefully one year we’ll get that.”