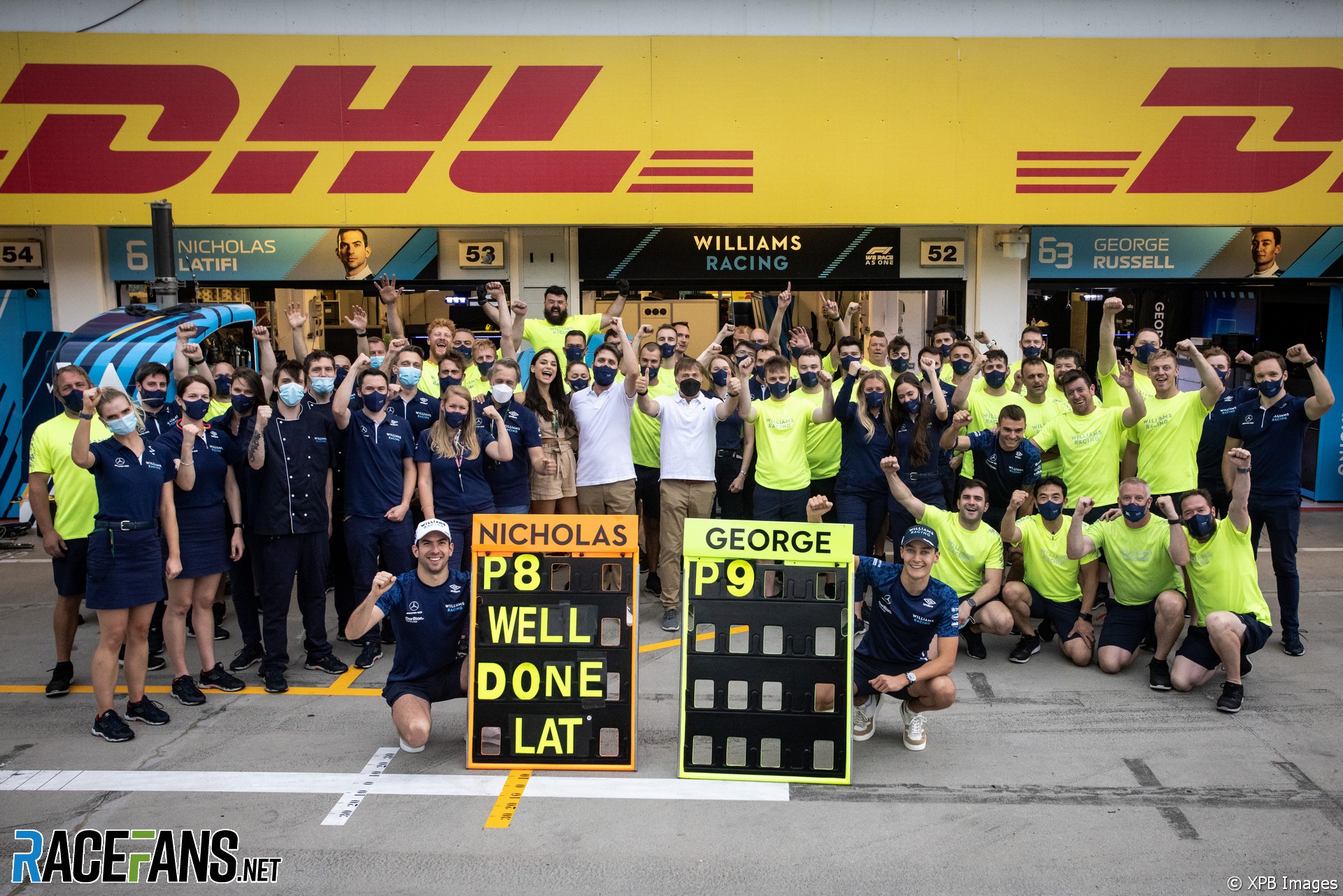 Williams’ drivers said two years of hard work had been justified as the team ended its longest-ever points drought.

Nicholas Latifi and George Russell finished eighth and ninth respectively in yesterday’s race, taking six points between them. They stand to increase their haul if Sebastian Vettel’s disqualification for a technical infringement is upheld.

Both drivers have come close to scoring points for the team since then. Russell said yesterday’s result “shows it’s been worth it.”

“It shows you that you should never give up,” he continued. “We’ve got here because when we were last every single race in 2019, we didn’t stop fighting. And if we’d stopped fighting in 2019 now in 2021 when we’ve got a faster car, maybe we wouldn’t have been on top of our game like we were today.

“So it just shows no matter the situation, there always something to learn and you’ve just got to give it everything every every time.”

Latifi started behind Russell but passed him at the first corner. He ran as high as third at one stage before slipping back.

“In the end, I know I didn’t have the pace to stick with the guys in front when I was in P3 so we [focused] on getting my tyres to the end,” said Latifi. “In the end I really struggled with them.

Scoring points with both cars was the best the team could have hoped for, he added.

“I haven’t been in a points-scoring position this year,” said Latifi, “but George has and as a team we’ve been making improvements on the car from the start of the year to now, we’ve been knocking on the door of those points.

“So it’s so nice to actually get them and reward the team for that. Obviously on my side from a personal point of view, I’m extremely satisfied for the team and even more so because they’re all working so hard.”