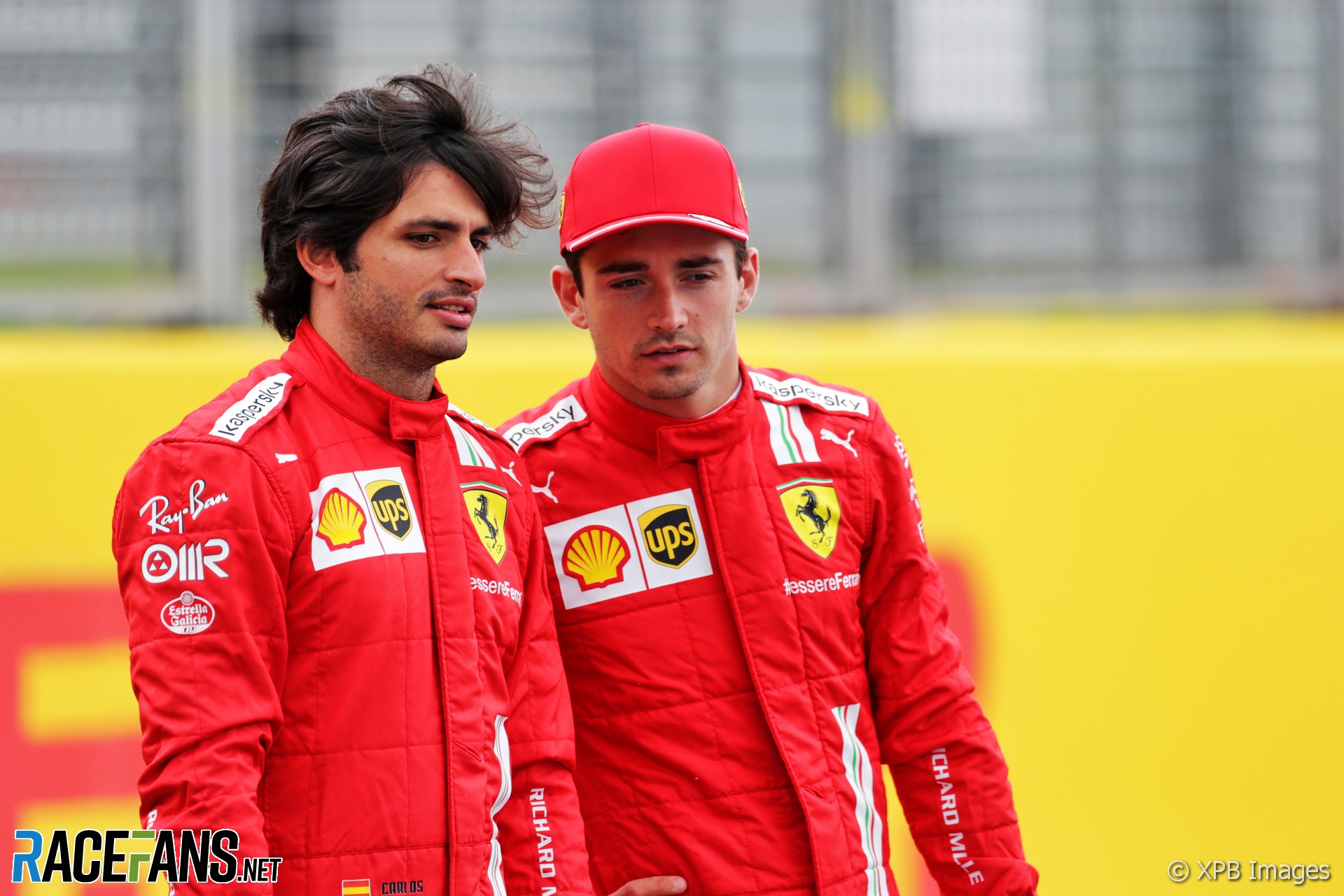 In the round-up: Ferrari team principal said the team has the best line-up in F1 following the arrival of Carlos Sainz Jnr alongside Charles Leclerc this year.

Speaking after Ferrari moved up to third place in the constructors championship last weekend, Binotto said he was “very happy” with the team’s new pairing for this year.

“I’m very happy for many reasons,” he said. “The first I think we’ve got the best line-up of the entire pit lane. The second because we know Charles is a fantastic driver, very talented, but is still continuously improving and I’m pretty happy with that. He’s got great opportunities as well for a win season. The first was in Monaco but for the reasons we know it didn’t happen.

“And on the other side I think that Carlos is integrating very well. He is improving race by race, he is a great benchmark for Charles as well, pushing him as well when conditions are more difficult.”

Speaking on Sunday before Sebastian Vettel’s disqualification was announced – which moved Sainz onto 83 points – Binotto said he was satisfied with the job his drivers have done in maximising their points haul.

“I think that 80 points each is showing how important it is to have two good drivers scoring points for the constructors. I’m very happy with that and looking really forward because I’m pretty sure that those two guys will give us great satisfaction.”

Fans from outside Europe who bought tickets to the Belgian Grand Prix face disappointment as they will not be allowed to attend the race due to new Covid-19 restrictions.

Ticketholders were contacted recently to be advised of the new arrangements.

“The Belgian government has authorised the holding of the Belgian Grand Prix 2021 with the possibility of hosting up to 75,000 spectators per day,” said the promoters in a statement. “However, hosting spectators within the circuit grounds will be conditional on the presentation of a ‘Covid Safe Ticket’ upon arrival on the site.

“If you are coming from outside the EU, Switzerland, or UK, you will not be allowed to access the Formula 1 Rolex Belgian Grand Prix 2021.”

Those attending will be required to provide proof of their Covid test and/or vaccination status. Full details for racegoers are available on the Belgian Grand Prix website.

Ciao @ValeYellow46, it’s been wonderful watching you perform on race tracks around the world for all these years and it was also fantastic to share days like this together. Thanks for all the great moments you have given us and best of luck for whatever you do next! #GrazieVale pic.twitter.com/HEI53ZYwRv

In F1 perception is reality so it is a surprise that a team that represents a car manufacturer thinks it’s a good idea to test a driver as unpromising as Mahaveer Raghunathan. Perhaps it balances the books, but from a perception point of view, it’s a plane crash.

"'Hugely important,' said first-year IndyCar driver Romain Grosjean of the HPD simulator. 'It’s helped me learn the tracks, set up the car and understand what it takes to go fast, and to get there quickly.'"

"Not so much me, but some of the other parts of my group are crediting me with some of the victory, I’ll take it of course, a tiny part was me, if anything."

"We missed all of free practice with a mechanical issue, so to go into qualifying and get a top eight result was pretty impressive, both by myself and the team. I was pretty proud of that."

Would reinstating gravel traps at Spa’s Raidillon corner be a change for the better?

For safety reasons, decades ago the gravel traps were removed in this corner. Before their removal these gravel traps launched cars into the air and the barriers, see Villeneuve’s crash as an example.

Now these gravel traps will return – simply for monetary reasons. Spa wants to host motorcycle races and these need gravel traps. And yes, many fans and even drivers want gravel traps back too – to punish drivers for making a mistake.

These are not the changes Ilott called for, but these are the changes we are getting.
@Uzsjgb