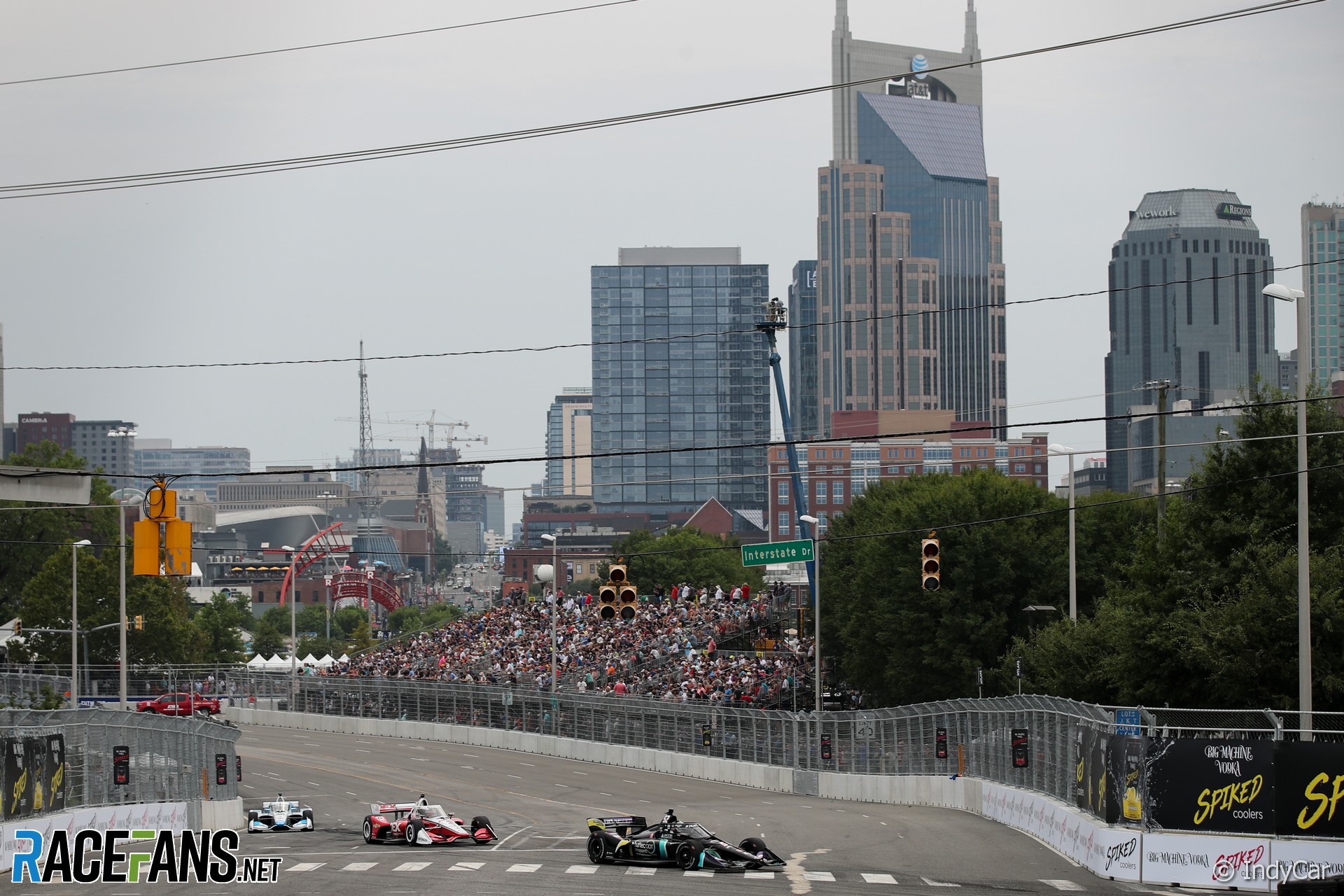 IndyCar drivers had their first experience of the series’ newest addition to the calendar in yesterday’s opening practice session for this weekend’s race in Nashville.

The signature feature of the three-and-a-half kilometre layout is the Korean War Veterans Memorial Bridge, which drivers cross twice per lap. It presents a long, wide section which should help drivers overtake, but the severe bumps as drivers cross from bridge to road have already prompted concerns.

“It’s a wild track in a wild city,” said Carlin’s Max Chilton,” who ended first practice in 24th place. “The lap is very challenging, from probably the highest speed corner to the slowest speed corner I have ever done on a street circuit.

“The bumps make it a huge challenge but I am confident in myself on street circuits so with the changes we are making overnight.”

Friday pace-setter Colton Herta said the track was even rougher than Detroit’s street circuit. The bumpiest sections of track lead into two of the likeliest spots for overtaking after cars cross the bridge. Scott Dixon expects to see action at these points on the circuit.

“It’s very difficult on trail braking on stuff like that so I think you’ll see lots of action with different drivers. Very easy to go in some of the run-offs and a lot of blind corners.”

The five-turn section which links the two bridge sections is especially narrow and slow. After crossing the bridge a second time the drivers enter a section of track so wide it has already been compared with the airfield circuit in Cleveland where the CART Indycar series raced in the eighties and nineties.

Simulations indicated the new track would be a punishing venue but Andretti’s James Hinchcliffe was pleased by what he found on Friday.

“The stadium section’s actually rubbered in real nice for the first time – not just that we’re on track this year but anything’s been on track here.”